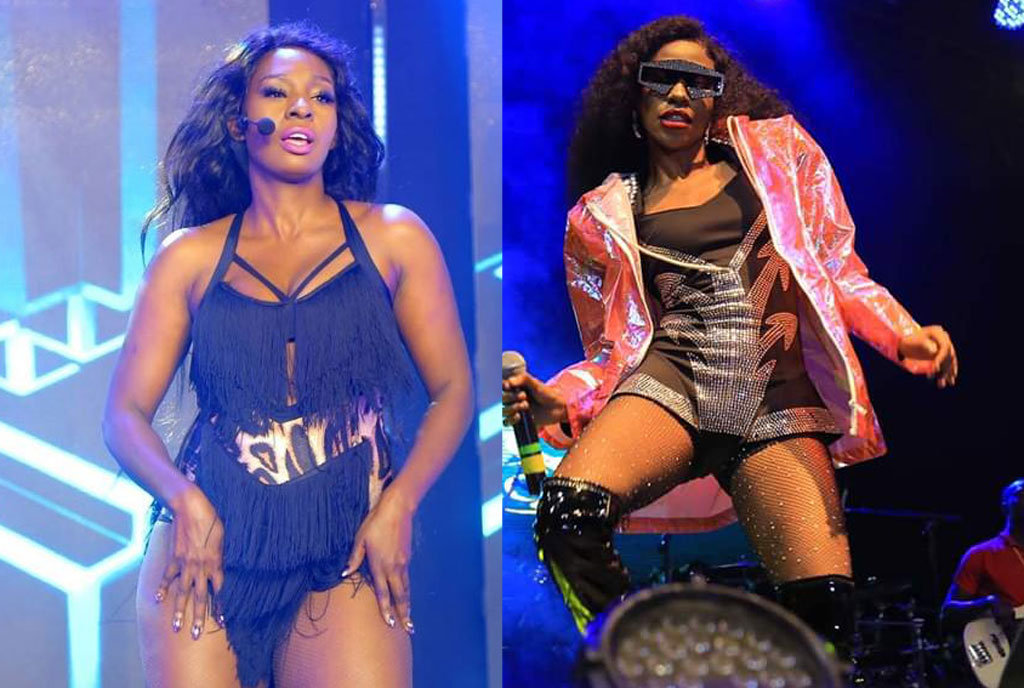 While performing in Juba, South Sudan earlier in May, singer Vinka kicked a man who touched her inappropriately during a performance.

The incident sparked mixed reactions with several people applauding Vinka’s actions while others blamed her for different reasons including her dress code.

Different Ugandan artistes came out to speak on the matter and the latest artiste to comment is Uganda Musicians Association president Cindy Sanyu.

Cindy claimed she has experienced such incidents but she has never resorted to violence because her stage dressing is always provocative.

“I’ve gone through fans who touch me but in my mind, I know that if I dress in skimpy clothes, I expect such things to happen. The way we dress is very provocative and the fans were so close. She was on display and I feel it is natural for somebody to want to touch her. I don’t see it like he wanted to disrespect her, I feel he was enticed. So I wouldn’t fight or kick him but I would be angry with the security and blame them for not being there to stop it. I can’t blame her reaction but women should take responsibility for what they are wearing. Don’t get close to people like that that is why I always guard my privacy with my hand when I get close to the fans,” Cindy said.