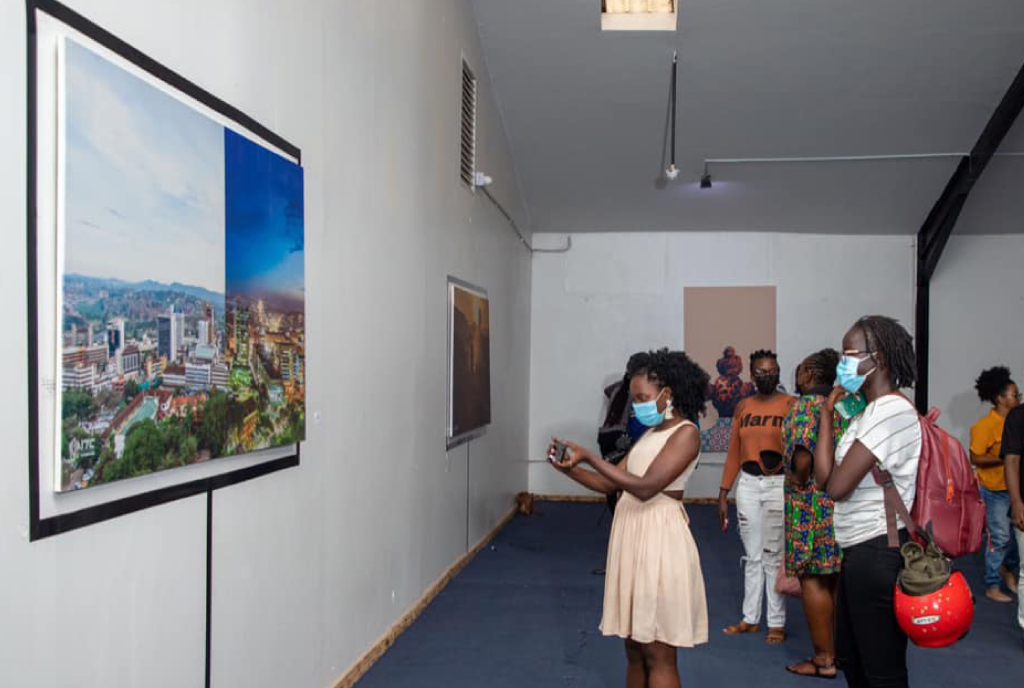 Art enthusiasts look at some of the works on display at Motiv. PHOTOS/ ANDREW KAGGWA

The third month of the year is always dedicated to celebrating women. Motiv celebrated women with a digital exhibition.

The month of March is internationally dedicated to celebrating women. Since the celebrations of International Women’s Day on March 8, different programmes have been curated to celebrate and create awareness about the need for women to join business, highlighting domestic violence, as well as casting a spotlight on those in the creative industry.

On Saturday, March 27, Motiv put together an art exhibition with a purpose of spotlighting digital creatives.
The art exhibition aptly titled Ine! brought together photographers, as well as digital media artists some of whom mix photography with graphic design.

These were artists Sarah Ijangolet, Christo Musinguzi and photographers Evelyn Tino, alias Nze Eve ,and Zahara Abdul.
Their works are obviously different mainly because of their background and their reasons for producing it. Ijangolet, for instance, is a digital illustrator whose art for a longtime has focused on Ugandan folktales – following or imagining their evolution as a story.
Musinguzi says her artwork is centred on African narratives from her perspective but presents them in a digital frame.
“What inspires the kind of work I do is my experience in the different countries I have visited and that it is exactly what I want to depict. I make art that I would want to buy or surround me,” she says. 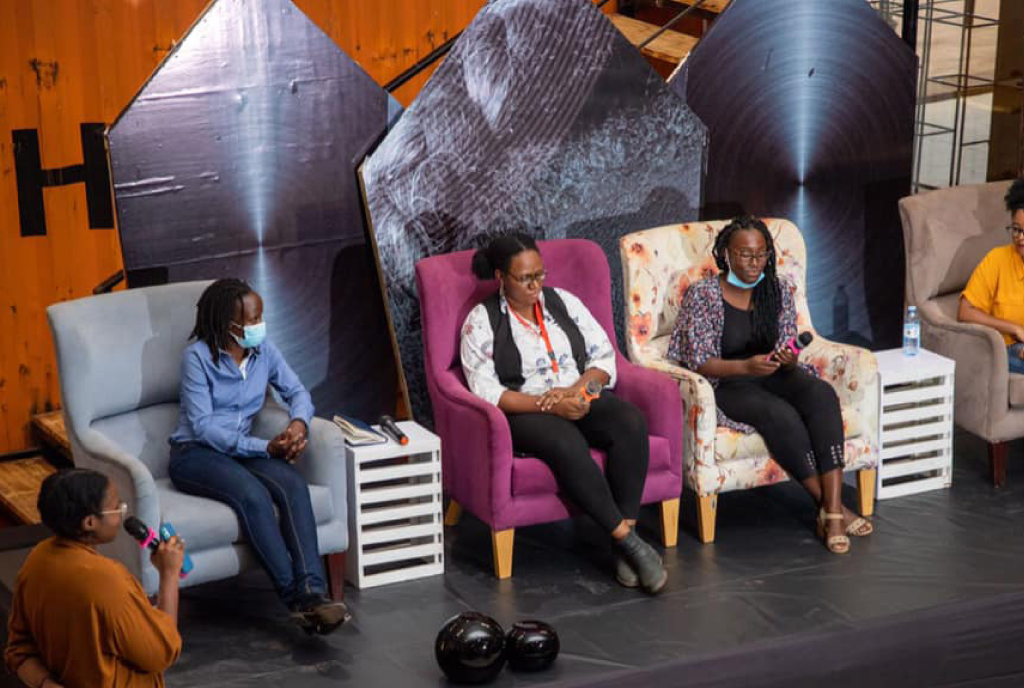 The artists durinG a panel discussion

Her artwork, Adam, one of her many works on display, imagines how the Adam in the Bible would look like according to her perspective.
Nze Eve, a photographer, is on the other hand fascinated by Kampala’s landscape. She says the reason she photographs Kampala’s landscape religiously is because Kampala has been poorly documented in photography.
“Even those that exist were not taken by Ugandans,” she says.
Besides taking many pictures of different landscapes, she also does events and nature.

Her photos on display are part of the Night Owl Expedition that she embarked on at the beginning of her professional photography journey. I
n the series, she took various pictures of Kampala at night and some during day for comparison.
Then there is Zahara. A documentary photographer, who says she enjoys capturing life as it happens – which probably explains her rich catalogue of pictures that document the different areas of the country.

She says her photography journey started with a desire to find a belonging. Then, she was a journalism student at Makerere University.
“All my friends had a byline in a newspaper, magazine and then there was me,” she says.
Zahara got a photography break in 2015 when she covered the Makerere University Guild Campaigns. Her pictures did not only grace social media but were adapted by different websites and newspapers. 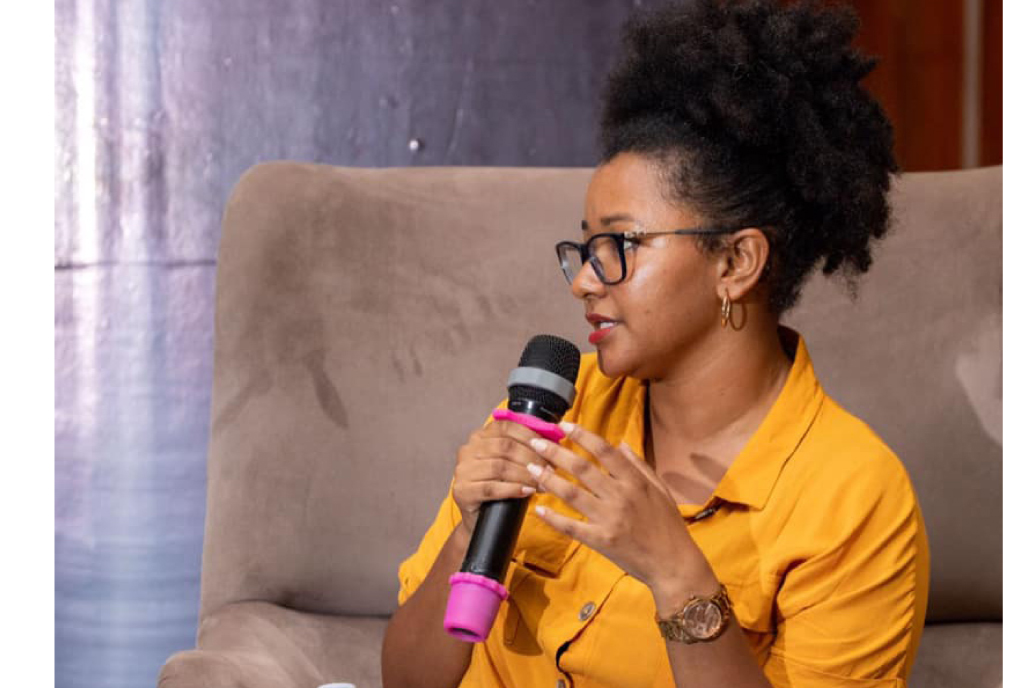 At the exhibition, she had two artworks, one capturing the boda boda business at night, while another one captured a mode of transport, a matatu navigating a dusty road.
Before the exhibition could open, the artists had a panel discussion and talked about different issues surrounding their process. For instance, while both Musinguzi and Ijangolet agree that some people seem not to understand what they do, on the flip side, Nze Eve and Zahara noted that their work becomes challenging when they have to access some unlikely places at unlikely time.

“There are places, for instance, that a male photographer can go to with only their camera gear to worry about. For a female photographer, there is more to worry about,” Zahara said.
The exhibition was also part of the monthly arts market that is held at Motiv, Omwoleso, and will be open until April 25.