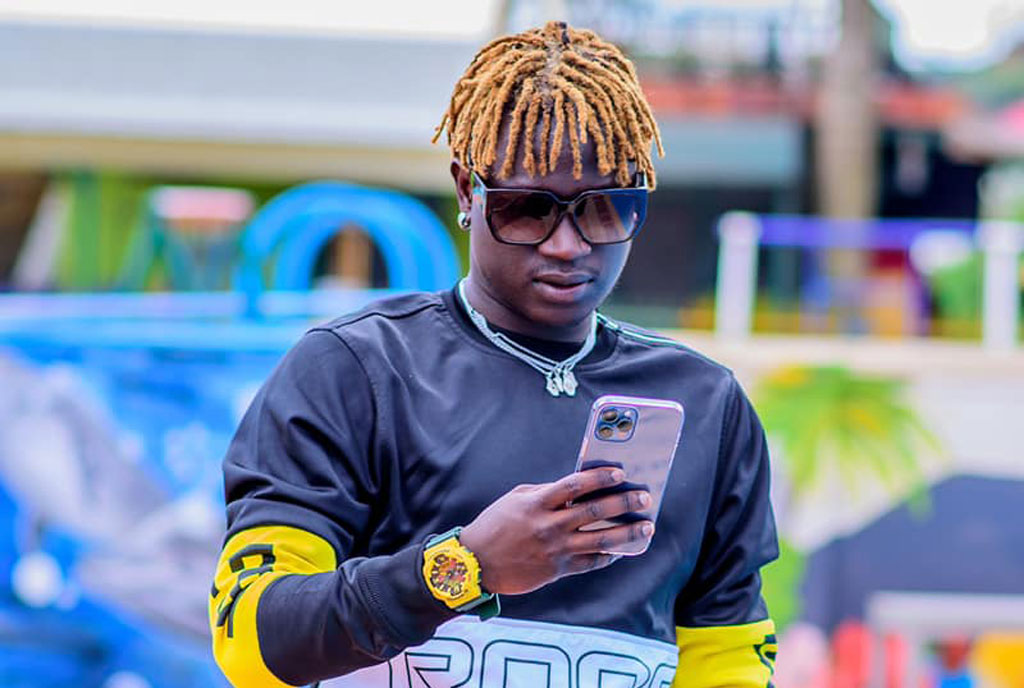 As elections are fast approaching, Luga flow rapper Gravity Omutujju saw it fit to stand against riots and political instability that had been a common act in Uganda during campaigns.

The rapper has launched a campaign dubbed ‘I am a Non Violent Youth’ to urge the youth not to involve themselves in violent behaviors as we go into the election period.

He also dropped a new single dubbed ‘Temwekalakasa’. In the song, he calls out the youth to always maintain peace and avoid chaos because it affects the vulnerable.

He further noted that when there are wrangles, development comes to a standstill since many things are destroyed. The audio was produced by Eno Beats and the video was shot and directed by JahLive.

In the video, Gravity tries acting scenes on riots with youths burning and destroying property.

In a press conference after releasing the song, Gravity Omutujju said he had been planning the project for a long time, with the hope of convincing Ugandan youths to maintain peace.

“I’m a peaceful person and this message goes to the youths especially in this period. Most youths are gearing up to destroy property so I put the message in the song advocating for a peaceful election,” he said.