The different people you will find at the airport Flying: Flying is a different experience for everyone. There are people for whom flying has become routine while there will always be first-timers. How to tell the difference will only require you a visit to the airport.

Travel is on everyone’s bucket list (or let’s say most people’s wish lists). For the case of Uganda, Entebbe is that main link to the outside world. Today, we take a peek into the kind of people you are most likely to bump into while at Entebbe airport.

The regular traveller
This one has mastered all the drills. They need not be reminded about taking off the shoes at the security point. They have eliminated everything metal on their body. They are the kind that will move through this security check-point in seconds. No belt, no shoes, no phone, and almost, no luggage. Sometimes they are too helpful but hey, too much of anything is also bad. At times, their help could be misconstrued for showing off. They will tell you how one airline sucks compared to the other. They will then narrate stories of the different trips. As they talk about how they moved from Malaga to Lisbon last week, your mind will be remembering your own taxi journey. You will almost be tempted to narrate the last time traffic jam was crazy on your way to Bulindo, so the taxi used Kisaasi-Kyanja route. But then how does Bulindo connect with Malaga? Then you remember the proverb “kola ssente mbwa gwe”.

Nouveau traveller
Newbies have been complaining, so we have decided to get a French version of their name. And suddenly, it sounds like ‘rich traveller’. But hell no, this is about that fresh traveller. It is that slay queen who, years ago, was told to get her passport. One hyena of a man used it as a pick-up line. It has now been six years and her passport has never been used. Then lady luck strikes, and she gets a trip to Kigali, Rwanda.
Given that background, you can tell that her luggage consists of a gigantic pink suitcase, and even a travel neck pillow (it’s just an hour of travel). But above all, it is the selfie stick, a smartphone fully loaded with snapchat, WhatsApp, and Instagram. Then the hash-tags and captions will start. Remember this is just a two-day trip to Kigali. But her WhatsApp status will be loaded for the next one month. Suddenly, she will morph into a motivational speaker, telling people to wake up and work hard. Speaking of motivational speakers, is it not high time we shook those tables?

Pilgrims welcome team
Pilgrims in Uganda are of many types. But regardless, there is usually that one chap in the family that towers above all the others. This chap is basically worshipped by everyone. As such, when he or she returns, the family world stops just so they can welcome them. They will have a team to escort them to the airport and a team to welcome them. If you think it is a joke, wait until you get added to a WhatsApp group; “Welcoming Uncle Mbuga from the Airport” or “Escorting Auntie Tinah to the Airport.”
Once you are in this group, count yourself lucky to be part of the organising committee. At least you will get a chance to drop your problems in Aunt Tinah’s ears.

The airport security personnel
Now get me right on this one, Entebbe airport security is one of the very best in the world. They are as friendly as they get. But occasionally, you get airport officials that go out of their mandate. They love to target newbie travellers. Why in the world would you ask a traveller what they are going to do in another country? Are you the visa official of that country? Some will even ask to see your return flight ticket. It is as though they are saying: “You can’t leave us to suffer alone in Uganda. You better come back we suffer together”.
And so for some of these new travellers, once they start, intimidate them with these many questions, most will have no option but part with money. As such, one should always watch out and help those chaps for whom it is their first trip. Karma will thank you sooner than later.

The rushing boarder
It is either they enjoy being in a rush or they are truly in a rush. But why would someone rush onto the plane? They will shove everyone aside until they are reminded: “Hey, business class boarding first”. Even then, they will still wait eagerly. But look here, the plane will only takeoff after everyone’s seated.

Travelling couple
Love can be a beautiful thing. But love can only be tested by travelling together. Because travelling requires teamwork. It takes a lot to go through the stress of a missed flight. Most people travel for their honeymoon and by the time they return, the marriage is no more. Such is the power of travel — it is a litmus test for love.
At Entebbe, you will bump into that couple that is freshly married, they cannot help but hold their hands at every point. But you will also bump into that couple that just can’t wait to let go of the other. She finally realised at the end of the trip that there are millions of men in the world. He also realised that her hair was not real, just like the body.

The influencers on Uganda Airlines’ maiden flight
The one thing influencers will thank Museveni for is Uganda Airlines. Thanks to Uganda Airlines, people finally have a photo on a plane window seat. Remember your famous influencer friend? Remember how they tweet? Now imagine they were acting out their tweets, then you get the idea of the behaviour at the airport.
We get it, Uganda finally has a national carrier but no need reminding us of every step of the boarding process. At least, we have all been on a bus to Kabale or Gulu.
That said, share your Entebbe experiences, how has it been so far? 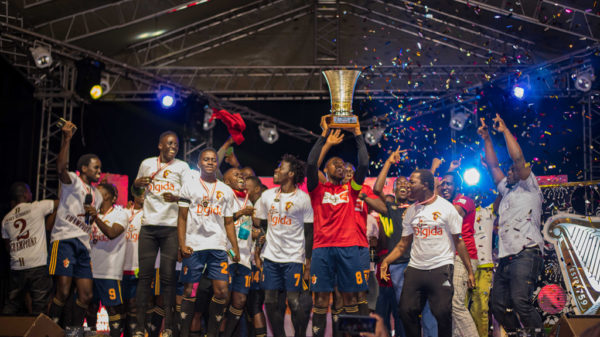