Followers of Pastor Augustine Yiga have dismissed reports that he is dead as false, saying they expect him back into the country next month.

This follows reports that have been circulating on social media from Friday afternoon claiming that the Kawaala based Revival Christian Church founder and pastor who is popularly known as Mbizzayo had died in South Africa where he traveled four months ago.
The rumors were prompted by a message on the official page of ABS TV, which belongs to Pastor Yiga indicating that he was dead. Our reporter visited Revival Christian Church in Kawaala, which is led by Pastor Yiga this morning and found some of his followers clad in traditional attire (Gomesi and Kanzus) ready to accompany one of their colleagues for an introduction.
Others were seen at the entrance and inside the Church committing those traveling for the introduction in the hands of God. A number of Yiga’s followers approached by our reporter declined to comment and instead referred URN to Margaret Nakisozi, one of the church leaders. Nakisozi assured URN that Pastor Yiga was well, saying they even spoke on Friday evening.
She explained that the activities at the church were still running well normally under the leadership of his son, Andrew Gyengo despite the absence of Pastor Yiga.
Ms Robinah Nabukenya also a member of Revival Christian Church questioned the motive of those behind the rumor of Yiga’s death, saying they were shocked when they first heard about it.
Another church leader told URN on condition of anonymity that those behind the rumor are envious because of the progress at the church.
According to information obtained by URN from the official ABS TV FB page, the rumor of Pastor Yiga’s death was started by a former employee.
“Someone had hacked our accounts. He is an old employee at ABS TV so he is trying to put Pastor down so be aware. Pastor is still alive and in South Africa. We need prayers,” read a message from the page admin when contacted by URN.
A source in West Pretoria in South Africa also confirmed to URN that Pastor is well and kicking.

“Pastor Yiga is alive .We have just spoken a few minutes ago,” the source said. 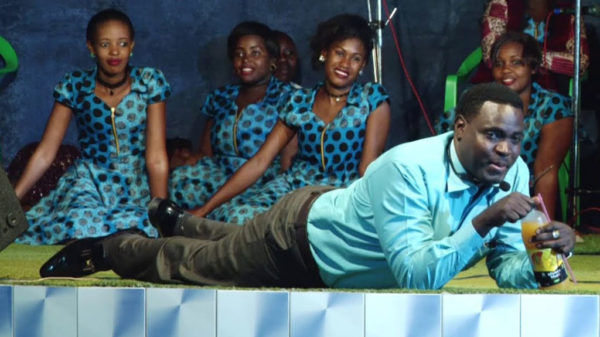 Pastor Augustine Yiga, the founder of Revival Church Kawala is out on police bond. Pastor Yiga was released on Monday evening following his...

Pr Augustine Yiga of Revival Christian Church in Kawala has been dragged to Police over rape allegations. The controversial pastor appeared before the Executions...