Singer Spice Diana celebrated her —th birthday in Dubai this week. For any slay queen, birthday celebrations can go on even for a month.
During that period, ladies expect nothing, but pampering.

However, that is not the case for Spice. Spice is angry with the new Spark TV presenters; Precious Remmie and Gabriella Ntaate, and if someone is not careful, this spice might turn the sauce into pepper soup.

In an hour long live stream on her Facebook Page, Spice Diana spent her morning ranting about her birthday story that appeared in Spark TV’s Live Wire news cast.

The story alleged that she had taken her dual-urban excitement to Dubai, and was sponsored by her manager, who she is apparently having an affair with. We can not confirm that, but the only thing we can confirm is that Spice is on a rage.

“Enough is enough, Spark TV, reach our fans with the right keywords. Don’t concern yourself with things that don’t concern u . IF TS NOT YOUR BUSINESS DONT MAKE T YOUR BURDEN,” reads the title of her live stream.

In video which was recorded from a home setting, with a half dressed man in the background, Spice said the new Live Wire presenters should first celebrate their first month on set before they can think of bringing other people down.

“You have not yet even spent a month in the industry but you are busy insulting people. Know your limit. We have many presenters who have never studied these things but they do research before broadcasting anything,” she said.

Spice who further said that she has a number of dependants, encouraged the presenters to always reach out to her in case they needed any information about her.

“I am always available if you ever want to know anything about me.”

“We work a lot and in moments like these, we need a break from the hard work and rest and have fun. I can afford going out of the country just to have fun…”

“If you feel you have a platform, or a TV and can pour out whatever you want, please think twice before you do it, because you are affecting our business. Think about the impact you are creating on (SIC) us.”

Live Wire’s news style is one which spies on your social media platforms. You post something, they see it and they use it. But probably that is something Spice Diana has not understood this.

“The videos you play and the pictures you post, you pick them from our social media platforms, you can’t afford to get your own images.

Just ban me and never talk about me ever again, but be careful.”

After this long rant, what can we say, but to wish Spice a Happy birth week. Girl, your photos were a good spice to the news cast!

When contacted, Isaac Kugonza the Producer Spark TV news said he was in touch with Spice, so tehy could have a chat.

“She is angry for no reason, she didn’t watch the show, is she having a war that she is not aware of, because she was just informed,” he said, adding that the LiveWire crew verifies all its news and information before broadcasting 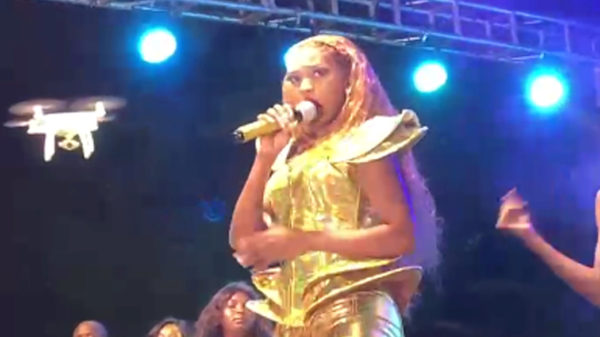 Singer Spice Diana proved to the world on Saturday at Mbarara University Inn that she can pull off the biggest crowds with her greatest... 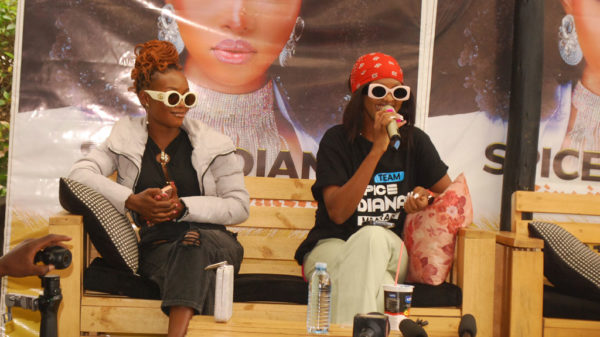