MASAKA. The Bukomansimbi South Member of Parliament Deogratius Kiyingi has rubbished allegations that he will dump his matrimonial wife Florence Nakiwala Kiyingi, the Minister of State for Youth and Children Affairs over popping political differences.

Mr Kiyingi made the remarks earlier this week at Nabugabo beach during the celebration of their 20th marriage anniversary and marking of Nakiwala’s 46th birthday.

“My wife has been the best ever and my intentions to her are good despite the inevitable ups and downs any married couple may experience,” Mr Kiyingi said.

“I advise you not to engage in our family affairs, try not to create a gap between the real love and we shall always remain and celebrate our marriage anniversaries,” Mr Kiyingi warned speculators.

He laughed at people spreading allegations that he is planning to divorce his wife as one of the ways to establish for her a strong political campaigning ground for the District Woman MP seat in the next general elections.

“People think I am blinded to support my wife because she serves in the NRM government and yet I am under Mr Norbert Mao’s DP, others think at one point we must break up to stand strong politically; it is hard to break the happiness and love between us,” Mr Kiyingi, a father of 5 said before the guests and friends cheered them up.

Ms Nakiwala has since this year been making rounds of visits in Bukomansimbi District meeting various groups of people and starting skilling and vocational training projects. In her remarks Ms Nakiwala thanked her husband for unending love he shows her.

The second deputy Pokino of Buddu county Mr Abdullah Kato praised the couple for serving as an example in the community.

“A number of dignitaries come out and expose their love affairs in media, they chose money and popularity over family,” Mr Kato said, advising the couple in their potential to organize a marriage seminar for married couples in greater Masaka to share their experiences.

The function attracted over 200 people including the Federation of Uganda Football Association President Moses Magogo. 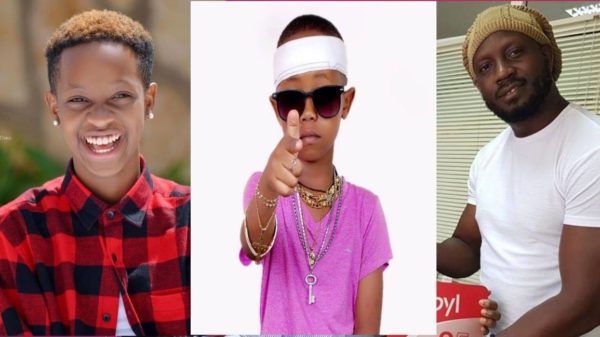 Bebe Cool has joined several people to talk about new rap sensation Fresh Kid. When asked what he thinks of the 7-year-old now popular...