Abenakyo on adjusting to her new Miss Uganda fame During her primary and secondary school years, Quinn Abenakyo, was often instructed by her respective teachers to sit at the back of the classroom. Reason? She was tall and her height would easily obstruct other learners from seeing the blackboard.
“I sat at the back where all the naughty classmates sat, and, there were moments where we would all be singled out as noise makers and get punished,” says Abenakyo who stands at a height of 5 feet and 9 inches.
On whether she was always a noisemaker herself, the beauty queen responds she is a calm person who does not talk much.

Despite her remarkable height, Abenakyo did not play any sports at school. Her mother, Alice Kyamulesire, on the other hand, was unhappy about her daughter no utilising her height. Kyamulesire would always tell her, “You have beautiful long legs, use them. If you are not using them for sports, then, try modelling or contesting in a beauty pageant.” Abenakyo however thought she never stood a chance at ever winning a beauty pageant attributing it to the fact that she was also shy.

But after recently completing her Bachelors of Business Computing degree from Makerere University Busi- ness School (MUBS) and waiting to graduate in January, 2019, her family pushed her to go pick up the Miss Uganda 2018/19 audition forms in May.
She gave into the pressure by finally auditioning for the crown. Luckily, she was enlisted among the 22 contestants for the crown.

For two weeks, the girls spent time together in a boot camp at the carnival (Capital Palace Hotel and Gardens) in Naguru, Kampala. While there, they were trained on different lifestyle skills such as poise, etiquette, among other things.

“It was like a boarding school. We had to wake early in the morning, exercise, prepare ourselves and attend classes.” Abenakyo says while laughing, adding, “Part of the program also included photoshoots and talent presentations.”

“They shared their personal experi- ences with us including the ups and down of holding the title. I remember most of them stressing the point of staying hum- ble and not letting the celebrity status get to our heads because fame easily fades,” Abenakyo says.

During the finale on August 10, Abenakyo like the other contestants was asked questions by the respective judges.

One of the questions directed to her was; what are the biggest problems today’s youth face? She said Unemployment as well as drug and alcohol abuse.

The other question was how poverty has led to teenage pregnancies, to which she replied, “It is because of poverty that young girls are forced into relationships with men who promise them heaven on earth.”

Despite the brilliant and correct responses she gave, Abenakyo confesses the competition was tough. In fact, there was a moment she thought another contestant, Tyra Margach, 20, would become winner because of her adorable personality and bubbly nature.

“In the end, I left everything to God and when my name was eventually read as winner, I was obviously a little shocked, but also, overjoyed. I remember smiling continuously and waving at the cheerful crowd,” she says. Tyra Margach (L) was the First runners up, and Patience Aheebwa (R) emerged second runner-up. at the centre is Miss Abenakyo

The judges later revealed that the boot camp sessions also contributed to the final selection exercise at the finale.

“We started judging these girls right from boot camp where we had an opportunity to interact and see their capabilities. There- fore, the marks were being awarded right from here (boot camp) until the finale event (where they had to response to questions),” Zari Hassan, one of the judges said during the finale night.

Abenakyo reveals she is still adjusting to her newfound fame.

“My phone is still blowing up with phone calls and messages. The love from people is too much! Many are still congratulating me,” she says.

This was evident during our interview at the Kampala Sheraton Hotel on Monday when strangers kept interrupting our con- versation to congratulate her. Then, there were those at a distance who pretended to be busy on their phones, yet, in reality they were staring at her.

The beauty queen’s recently established popularity can also be evidently seen on social media. For instance, before contest- ing for the pageant, she only had 1,000 fol- lowers on instagram, but after her win, the number has shot up to more than 3,000 fol- lowers.

Abenakyo was born premature, at 7 months, and had to be in an incubator.

“My mother tells me I was a very tiny little baby, and, when I miraculously survived the ordeal, she named me Quinn (from the title Queen). That I was a very special child to her,” she says.

And as Abenakyo grew up, the name in some way influenced her actions.

“I did not want to soil my name with bad actions,” she says.

So, most of the time, Abenakyo tried to be disciplined and obedient. She believes that the name has also shaped her destiny as seen from here recent Miss Uganda win. Upon winning, Miss Uganda automati- cally became the ambassador for the clean water campaign, a partnership between the franchise and Ugandans in the diaspora un- der their umbrella body, Uganda in North America Association (UNAA) causes.

Later, this month, Abenakyo is expected to travel to the United States of America to attend the UNAA causes’ annual festival where they are raising funds to provide clean water back home.

Then, on December 8, she is expected to represent Uganda at the Miss World finale in Sanya, China. On what she plans to do during her reign, Abenakyo says a number of things including sensitisation on unemployment as well as addressing the issue of teenage motherhood, a crippling issue in the country today.

Abenakyo won herself a Toyota Wish (UBD series). With the two other runners-up, Margach and Aheebwa, the trio won themselves scholarships at the Uganda Aviation School, an aviation training school for cabin crew staff including hostesses and pilots. They will also have a travel treat in the Netherlands and Pineapple Bay Resort in Bulago Island in Lake Victoria. Also, the girls have been offered a one-year gym membership at Sheraton Kampala Hotel.

In this article:Miss Uganda, Quinn Abenakyo 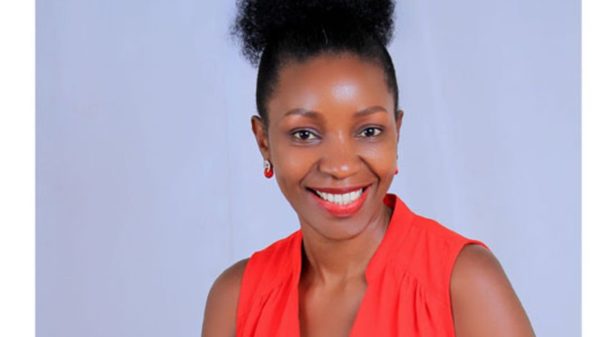 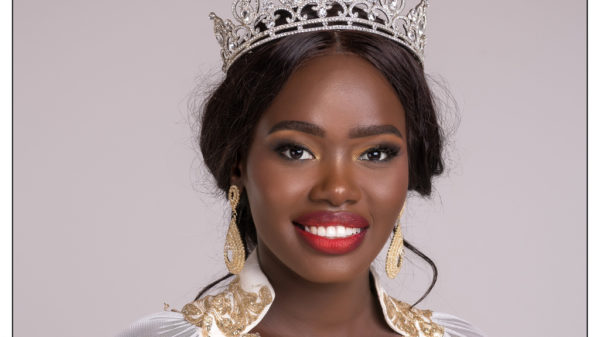 Miss Uganda for grand send off

The last Ugandan beauty contestant to make headlines was Quinn Abenakyo who became the first Ugandan to become Miss World Africa. To make it... 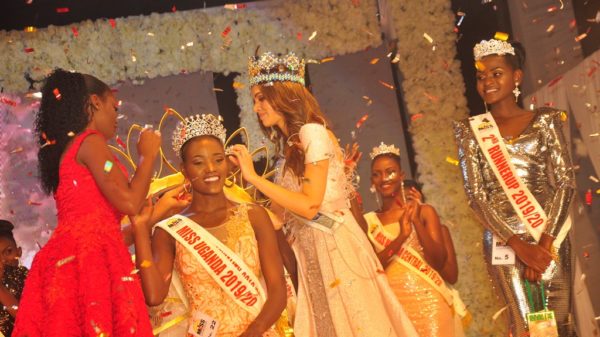 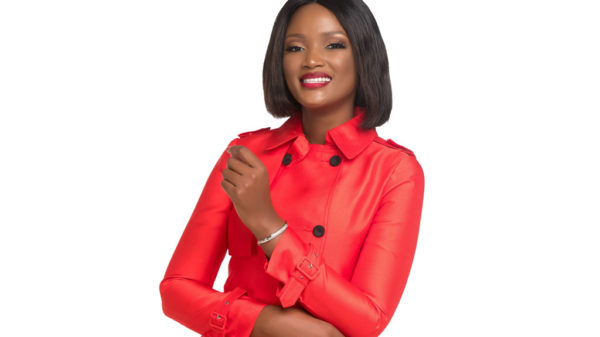