We are into the sixth day of 2018 but we are still discussing the events that happened last year in what we call ‘year Enders’. From the best events, best artistes, artistes to watch out for and the candles that burned out, today we are looking at those embarrassing moments that dominated 2017.

The events that pass as the most embarrassing happened mostly to musicians and these include:- Fik Fameica last year was definitely among the best artistes. He became a darling to many music lovers and his stage performance was up there just like his songs. However, he got embarrassed towards the end of the year when he fell on stage. What happened is that he was performing on Christmas day at Resort Beach Entebbe and out of excitement, he climbed onto an MTN advert box that was placed on stage. Little did he know that it wasn’t strong enough to hold his weight. It broke into pieces, forcing his whole body down. Few people noticed this because he summersaulted in the process and continued with his performance, jumping from one end of the stage to another.

The excitement from everyone during the annual Kampala Capital City Authority street jam is out of this world. From musicians to their fans right up to the organizers. This time round, even the police were caught in the mix.

Spice Diana was beaten by police officers during the KCCA Carnival

They roughed up musician Spice Diana and beat her up to the extent that she was admitted in hospital. It is alleged that they mistook her for one of the rough gangs in Kampala known as Kifeesi. She however didn’t open up a case at the police station. She decided to forgive them. Many of you don’t know the artiste Kemishan but the song’s he’s featured on are all hits. He was with Cindy on ‘Up in the Air’ as well as collaborating with Mun G on ‘Big Bumpa’. The musician hasn’t been so serious with music and besides the few songs, people will still remember him for his big fall at Deejay Roja and SlickStuart’s mix tape party. Kemishan was not supposed to be among the performers but when the opportunity came for him to do an a capella, excitement got the best of him and without noticing one of the steps, he stumbled and fell as he was climbing the stage. Thank God only few people noticed this. We are told by people in the fashion industry that Housen is one proud model. That he feels he got it all but embarrassment knows nothing about pride. The second last edition of Blankets and wines saw Housen being embarrassed in front of people when a certain chick slapped him. We didn’t find out the reasons behind that hot slap but it was a big one. Any other person would have hit back but the second Chance actor just walked away.

Irene Ntale had a good year last year but she got the embarrassment of her life when she fell in club Guvnor about two months ago. She had a performance but midway through it, her high heels got stuck in the carpet and boom. She fell on her back! Some people attribute this to alcohol but unlike Fik Fameika and Kemishan who quickly got up, Irene stayed on the ground and was only helped by some people. “I fell so what” was what she replied to people who were laughing at her. 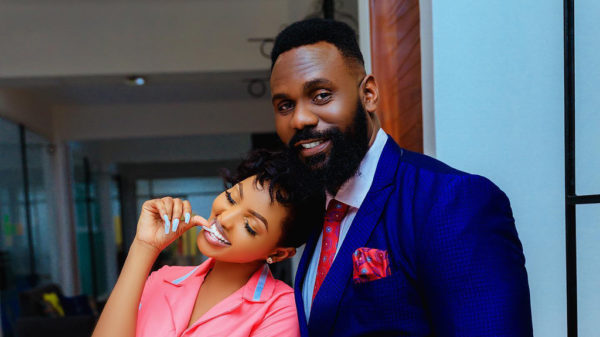