The return of lost voices at Qwela Junction 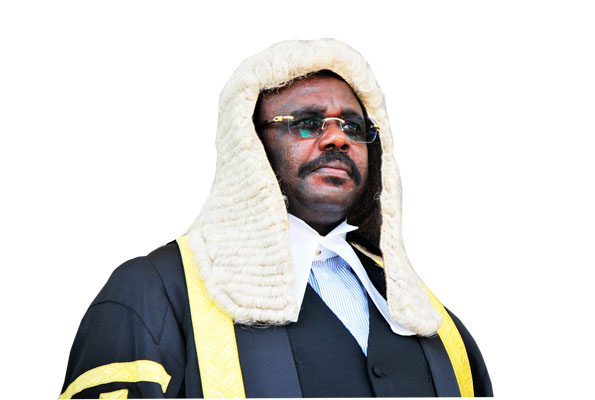 How to be… Jacob Oulanyah the strategist 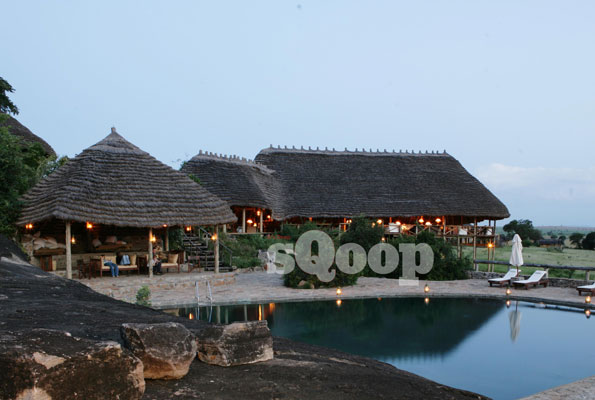 TALENT MEETS: When did you last see Benon Mugumbya on stage? Well, looks like the next edition of the Qwela Junction will be proof that the Swangz Avenue producer’s voice is not rusted after all, as he will be part of the Qwela Junction, crooners edition. We are talking seven talented men on one stage in one night! Isaac Ssejjombwe profiles the seven artistes lined up for the event at Serena hotel this Sunday.

For the Swangz Avenue boss, this is more like his comeback on stage. “It’s a very great concept that any musician would want to jump on. I have always loved collaborating with other great artistes and that is what the Qwela Junction is all about, so I couldn’t miss the opportunity.”
The singer cum producer shot to fame in 2001 as part of the dynamic duo, Benon and Vampos, with the help of a friend, mentor and producer Steve Jean. The duo’s first song, Nsazewo, I know, My Lady, Nze Naawe, Mpenzi We, among others were household hits.
But looks like the music was only opening doors for his dreams – what Benon was more interested in was music production, and it only helped that he had the encouragement and mentorship of producers Aydee and Pato (remember Ngoni?). Benon learnt a lot from these two while working at their Goodenuff Studios in Makindye and in 2006, he was offered a job at Fenon Records where he worked with Uganda’s legendary producer Steve Jean, who sharpened his producing skills for two years.
Fast forward, Swangz Avenue was born, producing songs for ‘big’ artistes such as Blu 3, GoodLyfe, Juliana, GNL, Mun G, Bobi Wine, Irene Namubiru, Navio, Bebe Cool, Keko and many more. There was a new sound on Uganda’s airwaves and then Swangz was scooping accolades, including The Pam Award Producer of the Year 2010 and The Buzz Teeniez Award for Beat Maker of the Year.
However, the urge to get back behind the microphone pushed Benon to release a 16-track album titled Olunaku Olupya ‘New Day’ and the project showed his musical freedom and maturity. The album was a creation of African yet urban and soulful tunes.
Today, Swangz Avenue is more than a production studio. It has turned into a full record label, with an audio and visual production, as well as artiste management. RICHY KAWEESA
Born in 1991, Richy Kaweesa might be the youngest crooner here, but this Christian-bred boy has some impressive vocals and guitar skills. His father, who sadly passed away in March this year, was a pastor. It won’t be his first time on stage at the Serena, as in 2013 he had a solo performance for Ugandans from the diaspora. When asked what it will be like sharing a stage with brilliant talents such as Maddox, Benon and the rest, he said: “It’s always fantastic to share the same stage with talented and experienced musicians because the things we learn from each other are priceless and it shows progress.”
Richy started singing professionally in 2009 when he won the MTV My Video Award. He released his first single, Missing You, and soon followed it up with a reggae song Mama in 2010.
Both songs did great and his talent prompted Talent Africa to sign him, although they later fell out. He has worked with several artistes such as Navio on Missing You, I Promise alongside Myko Ouma, Babaluku and Philla on a track called Mercy and Will You Dance with Atlas.
In 2012, Richy took a break from music with reasons that the industry was frustrating and he needed to step back and reassess his commercial musical ambitions.
During this time, he enrolled in a Music school at the African Institute of Music in Kampala, where he completed a Diploma in Music.
It was also during this time that he started recording his debut album My Words, with the help of a producer friend and fellow artiste, Myko Ouma and the album was released in June 2013.
Richy is a 2014 RFI Award finalist and a 2015 Maisha Superstar finalist. With books done and nothing more to disrupt him, we hope this crooners edition will see his soothing voice return to ‘haunt’ us.
ALLAN TONIKS

His genre of music may be a little different from the other artistes but that is nothing to worry about for the Tukyekole singer. For him, to be part of the Qwela Junction an artiste has to have something special. “Since its strictly live music, vocal ability, and the gift of playing instruments, it can’t be questionable that I fit in this group. So I feel humbled and honoured to be on this year’s selection of extremely talented crooners”. He adds that the vibes and energy on set have been amazing because every artiste has wowing capabilities.
Born 26 years ago, Allan Ampaire a.k.a Allan Toniks came on the Ugandan music scene early in 2008 and he was highly regarded as the freshest thing in RnB and Afro pop after his breakout song Beera Nange became a hit just after a few weeks after its release. His silky voice and passion on stage made him a favourite among age groups, and it is no wonder that in the same year he won his first Pearl of Africa Music (PAM) award for Best RnB single, a KISIMA nomination as well as an MTV Base Africa nomination for listener’s choice award.
Toniks went on to release more hits such as Nsubiza, Yenze, That Girl, Swag Meter, among others. In 2010, his Nzewuwo track earned him a nomination for best pop video in the Sound City Music Video Awards in Nigeria as well as a PAM Award nomination for best Video 2010.
Having proven he is one to look out for, the singer started doing collaborations with established names then. Notable of these is January to December with Omulangira Suuna, Rescue with Radio and Weasel, Regular with Navio, Baby Language with Don MC, among others.
He stretched his wings to Zambia, doing Save It For Me with General Ozzy & Roberto, Private Party with Rwanda’s Urban Boys, and Money alongside Gal Level from Namibia, which got nominated for the Namibian Music Awards for Song of the Year, Best Music Video and Best Collaboration as well as Best Pop Video Africa in the Channel O Music Video Awards in 2011.
Toniks, however, is not just a musician but also a song writer and producer. Apart from participating in the 2015 Airtel Trace Music Star Celebrity edition, Toniks has also worked on various socially conscious projects with organisations such as Reproductive Health Uganda) and Reach A Hand Uganda. There is no doubt this guy keeps reinventing himself.

STEVEN KIGOZI
He is better known as Steve Keyz, a name he derived from the fact that he plays keyboards as his first musical instrument. He is a self-taught singer and song writer, focusing on gospel music.
His musical journey starts from church. He performed in bands such as Janzi and Aroma band and he has worked with jazz maestro Isaiah katumwa and singer Juliana Kanyomozi as a musical director and keyboard player.
In 2011, he started doing covers for songs such as Alaine’s You Are Me, among others and original compositions such as Juuzi. He is common at Gatto Matto in Bugolobi where he has performed every Tuesday evening for the past three years.
Steven plans on releasing his debut album later this year and also working on putting out some videos of his own, following overwhelming demand by his fans. Those who know Steven say his soothing vocals and piano skills are epic!
KENNETH MUGABI Kenneth Mugabi’s music is the African version of neo soul. He blends his guitar and tube fiddle, creating a unique background sound for his rich vocals and it is for this reason that he has featured in many performances on a national platform. He has performed with top local acts such as Qwela Band, performed at Blankets and Wine, Fun Factory gigs and Bayimba Festival, among others big stages.
He caught the public attention as one of the top contestants in the 2014 Coca Cola Rated Next competition and even though he came third, Kenneth never stopped working hard and his Single Naki was well received on radio stations.
His next single Omushushe is due for release, but the artiste is currently working on his debut album about to be released.
We must admit Kenneth is one gifted songwriter and a soulful performer. His rich unique voice and his ability to write beautiful afro-soul music make him a unique and enjoyable performer to watch. MADDOX SSEMATIMBA
His latest song may have been released in 2006, but when Maddox Ssematimba steps on stage, the crowd screams. No doubt his music is like a good one, only getting better as times goes by. Having lived in Sweden, Maddox Ssemanda Sematimba was just like any other Ugandan musician abroad, but his return to Uganda in 2000 changed the music industry forever. He brought with him an album titled Tukolagane, which became a major hit with singles such as Namagembe, Tukolagane, Omukwano Gwafe, and many more hits.
He went back to Sweden, only to return six years later to drop another masterpiece on us. The album Abato, had hit singles Nakatudde, Leka Nkulage, Easy, among others.
Before the Busoga College Mwiri OB chose the music path, he worked as a primary school teacher. He relocated to Sweden in 1991 when he was 21 years old, and it was while performing in night-clubs to pay for his computer studies that he met Kenneth “Mafo” Ssejjemba Magoye, a fellow musician, who introduced him to Aggrey Ssembatya, of Small Axe Productions. He moved to Gothenburg where he wrote, composed, arranged, programmed, performed, co-mixed and produced all the songs on the albums while Aggrey engineered and co-mixed the albums.
Rumour has it that he was deported from Sweden, but whatever the case, David Amon Ssemanda Ssematimba has earned the title of Ugandan music legend, and it is without surprise that he is one of the most sought-after reggae musicians in Uganda today.
“I am a man of few words. For me, action speaks louder than words, but I promise you it will be the best show ever from me.”
SAM KIMERA
He is popular among the Watoto Church ladies, not only for his looks but also his guitar skills and smooth melodic voice. Born and raised in Kampala, Sam Kimera enjoyed the environs of a largely Christian family. Music always took a central role in the home and it is no surprise that his singing started during daily family prayer time.
His constant loud singing might have tested the patience and self-control of the rest of the family, but he thanks God for his family’s support and encouragement.
Along the years, Kimera developed a desire to experiment with various music styles and besides his natural inclination to acoustic soul and RnB, he still has no trouble throwing in some neo-soul, reggae, hip hop and even dancehall.
It is this musical versatility that has enabled him do background vocal across the board for gospel artistes Levixone, Coopy Bly, Jackie Senyonjo, Maurice Kirya, Ruyonga, JT, Richy Kawesa and jazz maestro, Myko Ouma.
In his music, Kimera shows a deep appreciation for words and stories and their power for imagery. His trick: “stay true to the content, but dress it up nice”. And this multi-genre artiste knows how to do just that, with catchy melodies, lyrical hooks, and the honest voice of the long-lost friend you never met, (In the words of DJ Twonjex), “He’ll have you humming that tune long after the song ends.”
His music is greatly inspired by Mali music, Commissioned, Casting Crowns, Da Truth, Propaganda and the African spice from Zambia’s Lota House crew.