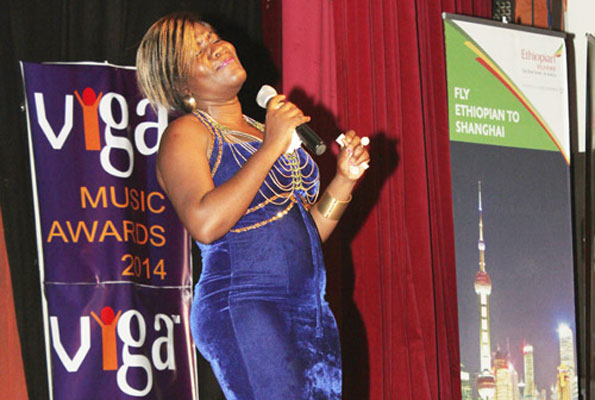 VIGA awards to be held in January

Naija art: If you have been hanging out lately, then you have danced to Woju and Laye. The man behind those tracks is in town. Isaac Ssejjombwe writes.
Better known for his stage name Kiss Daniel, Daniel Anidugbe Oluwatobiloba is expected to be in the country today for the Buzz leaver’s rock due tomorrow at Garden City rooftop.
The Nigerian recording artiste, performer and entertainer best known for his chart-topping single Woju and Laye will be the main headliner for the annual Mountain Dew sponsored show.
The 21-year-old artiste signed to G-Worldwide Entertainment hails from Abeokuta North and he graduated from Federal University of Agriculture, Abeokuta in 2013, with a degree in Water Resources Management and Agrometeorology (Water Engineering) and decided to pursue a musical career while still at the university. He started his career professionally in 2013 after his tertiary education and released his first official single Shoye on May 1, 2014. His second single Woju came out four months later and it spent 11 weeks on the MTV Base Official Naija Top 10, including six weeks at the number one spot.
After the success of Woju, Daniel decided to feature Tiwa Savage and Davido on the remix of the same track and the results were impeccable. Woju and its remix peaked at Number 1 and Number 2 respectively on the MTV Base Official Naija Top 10, the first time that an original song and its remix would peak at the first and second positions on the chart.
In May 2015, Daniel released a third follow up single Laye on his birthday, along with a video two weeks later which was shot in different locations of eastern Africa and in September 2015, Daniel won two awards within a space of three weeks; the Next Rated Artiste of The Year in the Extreme Awards Benin Republic and the Newcomer/Revelation of the year in Maya Awards Ibadan.
Three floors on Garden City rooftop will be occupied tomorrow.
“We have split Garden City into three floors of fun. Floor one will have video games, and movies, the second floor will be the main dance area with Uganda’s top DJs playing all day-non-stop while the upper floor will have performances from all the top local performers, as well as Kiss Daniel,” Buzz CEO Julius Kyazze said.
Some of the artistes expected to feature at the show are Irene Ntale, Winnie Nwagi, Vampino, Navio among others. Entry fee to the event is 5k and 10K VIP and it comes with a free soda.

According to reliable sources, the Nigerian singer was paid $20,000 (about Shs70 million) to perform at tomorrow’s Mountain Dew-sponsored Buzz Leavers Rock at Garden City.

The source, who preferred anonymity for business reasons, said Kiss Daniel who comes in with two members of his management team from G-Worldwide Entertainment accepted the deal on condition that he performs at only that event. He is expected to fly back on Sunday morning.