Did police give security detail to Desire Luzinda? 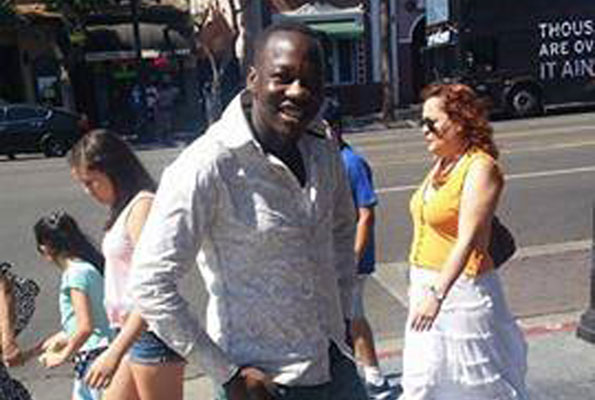 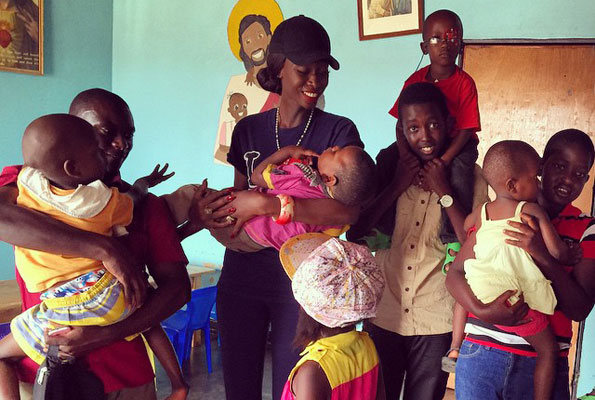 Desire Luzinda’s first appearance since her nude pictires were leaked by her jilted Nigerian ex-boyfriend Franklin Emoubor, was during her visit to the police headquarters about three weeks ago. Desire had gone to record a statement and was also interrogated for over an hour. But before she started giving her statement, the Ekitone singer made a request to police to provide her with security. The singer told detectives that her life was in danger, saying she was receiving threats from Emoubor, whom she described as a dangerous international criminal.
Many found Desire’s request insane, but looks like the police are not among those.  During the just concluded Davido concert held at Freedom City arena last weekend, Desire walked in surrounded by bouncers who kept close watch all through her performance.
She was escorted to her car, and the bouncers ran besides it till she reached the Entebbe highway.
However, we noticed that while other bouncers withdrew and rushed inside to resume their duties, a noticeably smaller but tough-looking lad jumped into the front seat of Desire’s car, before the singer sped off.
Desire had waited calmly for the lad, who had something protruding from the left side of his waist. A source close to Desire told us that the lad was Desire’s official escort provided to her by the Uganda Police Force.
Efforts to reach deputy Police spokesperson-Polly Namaye, proved futile as her known telephone line went unanswered by press time.