I grew up so fast: Sheilah Gashumba 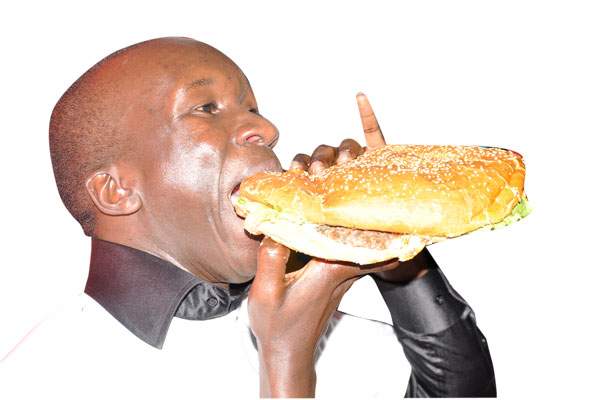 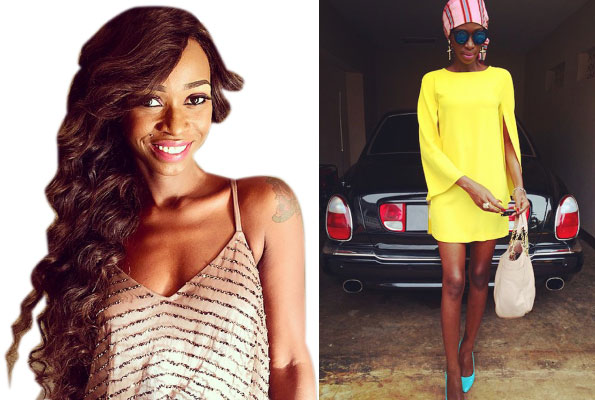 How to be …Socialite Judith Heard

Go getter: At just 18, NTV presenter Sheilah Gashumba is one of the most famous teens in the country. She spoke to Henry H. Ssali about her eventful life

You have been in our faces ever since you were very young, presenting a children’s programme on TV. People think they know all about you, what don’t they know?
A lot, for example people know me as Sheilah Gashumba, but my original name is Nyinabashumba, but I changed it four years ago. It was 13 letters and people used to pronounce it badly. Besides, I wanted something short and memorable because I’m in the TV business. Gashumba is my dad’s name so I took it on.

Your dad Frank Gashumba is an outspoken social critic who is a regular on talk shows on radio and TV stations. Are you living in his shadow?
I don’t think I’m living in his shadow because we do totally different things, but he is my father so he has to support me. If I’m somewhere and he is not there, there is a problem. Even when I’m at an event, he has to somehow show up. He is protective over his daughter.

Like all teens, you must be having a problem with his being protective …
Sometimes it gets a little bit crazy. He watches everything I do, including the TV shows. Recently, I was telling him that I had to work out of the country for two weeks and he was like, “what are you going to do?” He asked so many questions, yet I don’t like explaining myself. But fathers are like that, so I don’t blame him. And he has been there for me as a single father, as long as I can remember. But being a single father doesn’t mean he is lonely.

Does that mean he has a partner that we don’t know about?
I don’t know. I don’t want to say. I think he is still searching. I have seen him with a couple of beautiful girls though.

And your mother? Is she part of your life?
Yes, I see her quite a lot.
Tell us more about her …
She is called Christine Mukuza and she works in the Ministry of Internal Affairs.

Where did you go to school?
I went to Little Angels Nakasero, and then Taibah Junior School, now Taibah International. I finished Primary Seven at City Parents and I scored four points, so I was admitted at Mt St Mary’s Namagunga. But I didn’t like the school, those things of cutting off hair, and rules like no speaking after lights out. I told my dad, “if you really love me, take me out of this school.” He was reluctant until one day he came to visit me and they said he could only see me on visitation day. He got angry and finally agreed to take me to another school, so I went back to Taibah.

How was life at Taibah compared to Namagunga?
It was good, I used to spend 90 per cent of my time singing and dancing. I realised I would not pass if I stayed there, so I went to Kabojja International and passed very highly with As and Bs. I then moved to Galaxy International School for my A-Level.

So what next after high school?
I will be going to China for university in the near future.

Why China?
China was my dad’s decision. It was a big struggle between us because I wanted to go to South Africa. I’m going to do Investment Banking, but I wanted South Africa because it’s the media headquarters of Africa. All the big stations are in SA and I thought I would land a gig while I study, but he was like “South Africa waliyo abayaye (South Africa has crooks).” I think Ugandans living in SA have given the place a bad image, so he insisted I go to China because it’s the emerging financial capital of the world. In fact, I’m going to do a sandwich course in Investment Banking and International Business Management. My plan is to be in China for a year and then switch universities and continue my studies in the UK.

So will that mark the end of your TV career?
No. In fact, after my degree, I will go to City Varsity in South Africa for a TV course.

You used to do T-Nation a teens programme, but you are now doing The Beat on NTV. You are just 18. How does it feel working with older people?
I don’t have a problem with it. You learn a lot working with older people. I learn from them and they learn from me. I have a young perspective and they have an older perspective. I’m not easily intimidated, so there is no problem.

How much do you earn a month?
I think a month is too long. I have a lot of stuff going on to wait for a whole month. Let’s look at week.

So how much do you earn a week?
I can make Shs10m in a good week.

Seriously?
Yes. I deal in women’s hair. I import weaves from UK and Brazil. A good weave can go for anything between Shs700,000 and Shs2m. So if I sell several pieces in one week, I make good money. And I also emcee and host events. If you don’t have Shs1m I can’t do your event.

Who buys hair at Shs2m?
You wouldn’t understand because you are a man, but women understand because they know they need to look good. Most of my customers are Sudanese and Congolese and I sell to them in bulk. I made a good network when I was at international schools.

Do Ugandan celebs also buy your hair?
Yes, the blonde weave Sheeba is currently wearing is from me. She bought it at Shs700,000. Irene Ntale also got a weave just last week for her video shoot with Chameleone.

So where is your shop located?
I don’t have a store because I ship worldwide. Recently, there is a lady from Germany who saw my hair on Facebook and she ordered for a few pieces. She sent me $900(about Shs2.4m) and I sent the hair.

Speaking of Facebook, there are a lot of negative posts about you on social media. How does a teenager like you handle the negativity?
I don’t mind them because no one on Facebook knows me like I know myself. The big problem is bloggers who want to use other people’s names to get traffic to their blogs. They create these false stories. The other problem is the people who don’t have common sense to see through the lies.

There was this story that you and Nigeria’s Wizkid had a thing going on …
It all started because of a photo with Wizkid. But I had gone to cover their video shoot with Radio and Weasel for my Exclusive Access segment on NTV’s, The Beat. I’m not responsible for what people understand, but I’m responsible for my show. Imagine I had to be called out of bed to go and shoot and people had the guts to post nasty stuff about me and Wizkid! Anyway, I don’t care what they say because I’m going places. Next weekend I will be covering the Channel O Awards in South Africa for NTV. Let them keep talking.

And what about the posts about your dad. Some people post mean comments that he is a conman and so on … How do you handle such negativity.
I don’t focus on what people say. In fact I don’t read a lot of stuff on Facebook. I just post and go ahead and do other things, I’m too busy to spend my day reading Facebook posts. People talk but you just have to let them be.
For example there was this issue when he fundraised for Aisha Nabukeera, the girl who got burnt and people said that he was taking the money. I was with him in the car the day he met Nabukeera, and I have seen how her life has been transformed, so people can’t know the story better than me.
But it was a bit different when I was younger. There was a time a kid said something when I was in Kabojja and I got into a fight. Sometimes we have to fight for the love.

Do you think you have been robbed of your childhood?
To a certain extent, yes. I think I grew up so fast. I have never had time to myself. It was always school and work. Now I’m a bit free because I’m having a break from school. There are things I would like to do but I can’t because now I’m a celebrity. I would like to go out with my friends and dance because I love dancing, but there are so many people judging you. Everyone will look and say “look, Sheilah is getting spoilt.”
When I start uni, I might act like a kid and do things like going for ice cream and just be me without people staring at me. I think I will even delete my social media accounts.

Now that you are 18 … you are officially an adult, do you do adult things?
I don’t drink or smoke and if you are asking about sex, I’m a virgin.

You mean you haven’t done any alcohol or drugs in your life. People think most kids from international schools are spoilt brats …
It’s true many kids in international schools are messed up because their parents are never around most of the time. But my parents have always been around and besides, I was always occupied balancing school and work, so I had no distractions. Your classmates could call you after school and they are like, “let’s have a smoke up,” but I wouldn’t join in.

So your mum is also involved in raising you?
Yes. There are things my father can’t talk about, like boyfriends and HIV/Aids, he calls my mum and tells her, “you talk to your daughter.”

What is your nationality by the way?
I’m a Ugandan of Rwandan origin. I can’t forget my roots. Both my grandparents emigrated from Rwanda. In fact my dad’s family and my mother’s family settled in the same area in Masaka and that’s how my parents met. The Rwandan tribe is in the Ugandan Constitution, so that makes me Ugandan. But I’m Tutsi.

Which of the two countries do you prefer?
I like both countries. I like Rwanda for the beauty and scenery, but I also like Uganda for the hustle. It’s about money over everything, so I like Uganda because I make money here.

After all the negative Facebook posts against you, your dad posted on his Facebook wall scoffing at your haters saying you will lead them in future. Do you have leadership ambitions?
I will be a leader with no title. It’s all about action not these things of politicians with titles and lots of talk but no work.