How to be …The ever-sulking DJ Alex Ndawula 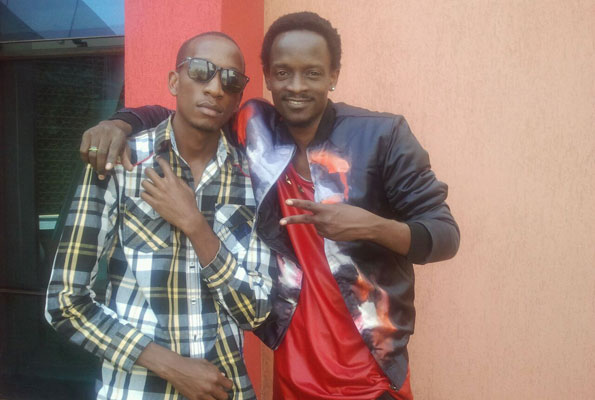 Patrick gets some Calvin time 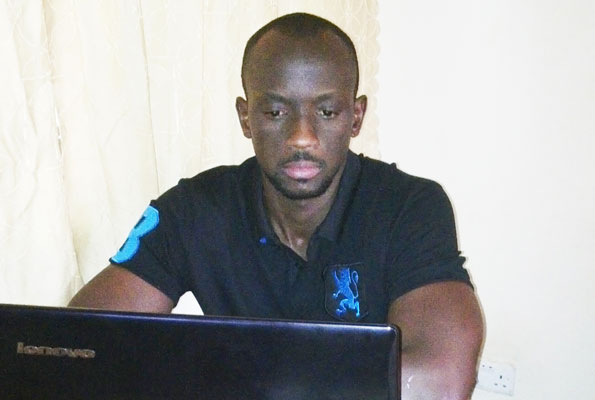 Legendary: He has been on radio since FM started, and has set the pace for budding presenters. He is a household name at Capital FM and is also known for using social media for his emotional release. Ladies and gentlemen, Ian Ford Nkera guides you on how to be like DJ Alex Ndawula.

Sometimes you wonder whether Alex Ndawula was the in-house DJ at those colonial parties in the 50s, or if he was the guy at the turntables during kasikis of zeyis like Ssebaana Kizito. You can be sure that this guy was on radio by the time people such as Namirembe Bitamazire had just hit puberty, yet he simply won’t go away. While the radio industry has evolved over time, Alex has chosen what many power-drunk African leaders would do and hang on. A major player in the radio industry with a career spanning over 20 years, Alex has won many hearts. Now in his 50s, he spots a conspicuous grey coating in his dreadlocks that tells a story of a man who is in the evening of his career and almost down and out. Is this the kind of guy you want to be? Here is your guide.

Loyalty
Alex Ndawula at some point had no match in the radio business. He wowed many of his fans with his remarkable deejaying and presenting skills so much that many radio stations began to take notice and offered him lucrative offers to ditch Capital FM. Unsurprisingly, he always turned them down. So, always maintain a level of loyalty in everything you do. Don’t be the kind of person who hands in their resignation letter because the office air conditioner broke down. No, that’s not Alex!

Retired Socialite
Forget the pretenders such as Meddie Ssentongo, Alex was the real socialite. In the 90s, this guy was a big time celebrity who was at every event you can think of. If anyone had a party and promised that the ‘sour drink’ would be in attendance, you were almost sure Alex would be there. He was certainly the life of the party until age caught up with him and the social scene got too fast-paced and crowded for him. Be that guy who makes sure he is early for roll call at every event from a family thanksgiving to a simanya All-Black party.

Lord of the foul mouth
Alex doesn’t take any prisoners in his way of speech. If you don’t like him or criticise his way of work, he will have a special way of dealing with you on his shows. He will use all sorts of profanities and vulgar language to lash out at any person trying to look down upon him. He has on many occasions got in trouble with his bosses for “talking too much”. He will say it as it is whether you like it or not. In order to hone your skills in use of the foul mouth, make sure you have all those DVDs of American stand up comedy. You will be an expert. If you are wondering if Tyler Perry movies would help, please go ahead.
Alex the sulk
Mbu Alex is not happy about how he is treated at Capital FM. Honestly you would wonder how he wants to be treated. Does he want a pension allowance or a dye allowance to sort his greying hair? This guy is arguably the highest paid radio presenter in Kampala so he can surely get around. Sulk at everything if you want to be like him, sulk at your bosses, the weather, your workmates and whoever is in your way.

Alex the fossil
Alexander Ndawula would surely be a well deserving item to place in the Uganda museum. For a guy who was probably deejaying in the dinosaur era, Alex has surely been around for a long time and doesn’t seem like he will be retiring soon. Considering the time he has spent on the airwaves, there should be tales told in children’s story books about an old man that never hanged his boots. To put it mildly, be the guy that never gave way for the young generation.

‘Pass me my sachet’
You can be the guy that carries a sachet of a little something to work. Of course, people will never understand that this drink you carry around is a much needed incentive to get you in the groove for work but just ignore them. Every time your workmates look away, pull out a sachet of the little something from your sock and sip away. That drink is your life, so carry it around with you religiously.
So, there you have it guys, it won’t be so much work stepping in Alex’s shoes.
DISCLAIMER