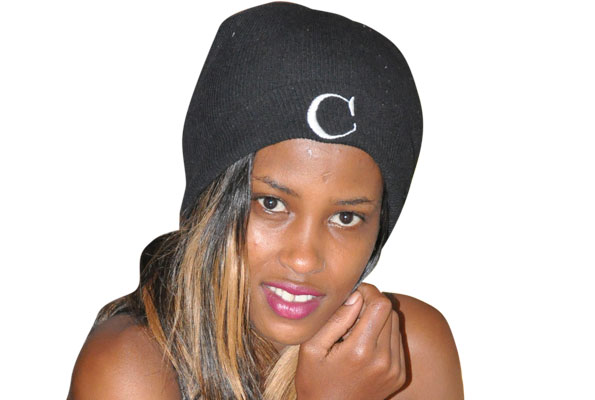 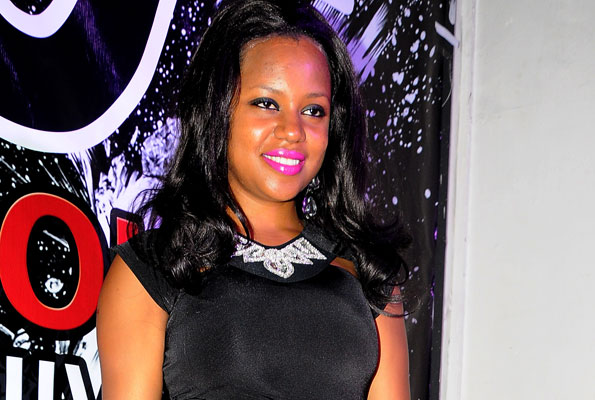 Been busy: Jackie has been working on rejuvenating the dance group, as she shared with her fan Zack Zion.

Hi Jackie. Tell me about yourself?
My name is Jackie Tusiime, I am an artiste, businesswoman and a former obsession dancer and singer. I am 30 years old.

What has Jackie been upto?
I’ve been busy working on my music career, and rejuvenating the new Obsessions by getting three new girls.

Why did you guys have to shoot a semi-nude video (Wekuume).
Initially, the concept was made by Ronnie and the idea behind it was that most women who are undressed first cover their boobs before anything else. So it was basically to stop people from such acts of undressing and raping women.

People say your new video alongside Andy Music (Evaluate) was derived from Nigeria. What is your take on that?
That is a nice question and let me clarify on that. The beats are Ugandan, especially from Teso and Bugisu (kadodi). It is time for Ugandan music to go international and by doing this we have to be original.

Among the former girls in Obsessions, why are you so close to Sharon?
It’s because we have the same mindset. We get along easily and we are best friends.

Do you still perform old Obsessions songs?
It depends on what the crowd wants, but in most cases I perform them, like recently they asked me to do Jangu, and they loved it.

What would you forego? Music or dancing?
I believe they all go hand in hand in my career but if I were to choose, I would go for dancing because it’s more entertaining.

What is that one place you would love to go to in this world?
That would be Jamaica because I’m so curious about it because of their videos. I always ask myself if that is the way they live in reality. They don’t seem to be rich but they are contented with what they have and they always embrace it.

If you were to go to an Island, what would you take?
Water. Gallons and gallons of water because without it you can’t survive.

Where did you recruit the new Obsessions girls?
They participated in several talent competitions and we basically chose the best.

Where do you see them heading in the future?
I would proudly say their future is bright. Ronnie has a touch of excellence on anything he lays his hands on and he never gives up. He always gives a chance to everyone to shine and so far their latest single “dalu” is doing well.

Are you married?
Not yet married but I’m seeing someone. We live together and I’ll communicate when the wedding plans kick off.

MEET YOUR CELEB
Send e-mail to sqoop@ug.nationmedia.com and tell us the celeb you want to meet and we shall make it happen. Don’t forget to include your telephone contact.
You can also SMS us. Type the word Sqoop (leave a space), the name of the celeb and  send to 6933.