What next after uni? 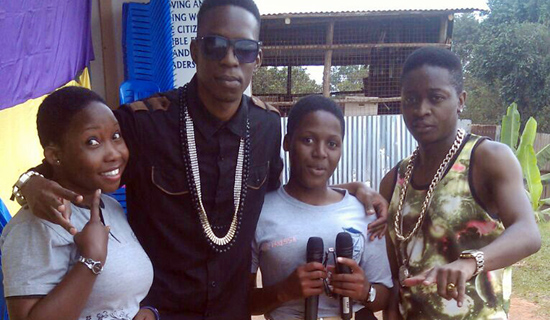 Date with a celeb: AK47 and Bakri meet fans

NOW THAT YOU HAVE THAT DEGREE: Graduating is a good feeling, you no longer have the stress of exams, but then you have to realise that your parents will not be providing for you anymore in the near future.
editorail@ug.nationmedia.com

When university comes to an end, it is a great moment. After ages and ages of books, the stress is finally gone. You are no longer under the protective shell of your parents and you have to face life alone. But the big question is, what next? Different people tend to handle such situations differently, depending on how much pressure they are under, especially in this era of unemployment. Here are a few ideas.

Take a break, you deserve it
Gone are the days when a boy would not dare step back in their father’s home after campus. Graduation was an indicator to start off with job hunting and facing life head on. Graduates of this generation however, believe they are still young and would rather take life slow. Some people who are successful have made their major life decisions later on in life. So why the hurry, it has been about 17 years of nonstop studies and one deserves leave. For a person like Daniel, a graduate of Science in Accounting at Mubs recently, he does not feel the pressure yet because he has only been out of campus for two months. So he is still enjoying the parental care while he still can.

Internship or voluntary work
Most jobs require one to have at least two years of experience. And you are not going to gain that spontaneously. The better bet is to go back for internship or volunteer somewhere. Joven Kisakye, the national director communications and information of Aiesec Uganda, advises graduates to go for exchange programmes in other countries. “It builds one’s understanding of the world and adopting to other cultures improves skills of leadership and team work.” This can be done through organisations like Aiesec or Rotary Club. Kisakye adds that since the Ugandan education system teaches theoretical education than practical skills, exchange internships give students a chance to practice their professions elsewhere.

Get a petty job
It is common knowledge that most youths never go for jobs that do not pay “enough”. Maybe it is because reality has not yet kicked in. But one has to start at the bottom if they are to get on top. Andrew Mwiine, an IT specialist, says he started with a supermarket job in 2011 that barely paid him enough for a month, but he gained experience from the position that got him to where he is now. It is wise to get a simple job to jumpstart your career, build your resume and earn some little money as the right opportunity comes along.

Go back to school
Cliff, an engineer at Kifra Garage Uganda, was prompted to head back for a Masters degree not because he wanted one before 30, but also because of the demand for better qualifications than just a mere degree. In the modern world, a degree is next to nothing, there are tens of thousands of people competing at that level. Set yourself apart in the stiff competition and go for another degree or a masters. You are in a better position of getting a job if you upgrade yourself academically.
It is just another step in life and not very often will you be told that the decision you make today is just a starting point for a quite long journey to come – life has just began.

no job is too small
Earn those peanuts. You could start off as just a waitress in a restaurant or do internship, but you will gain valuable experience about the working world and you could also land a job from interacting with people instead of staying home.