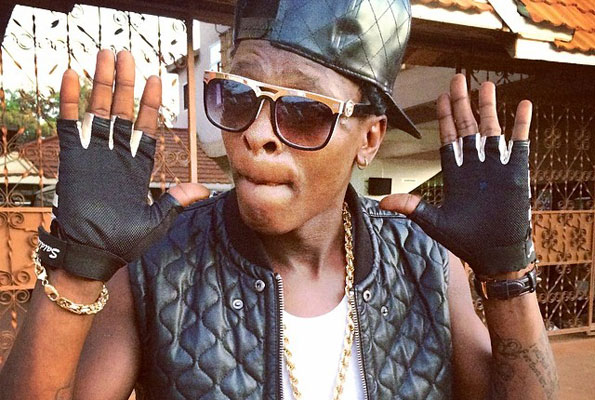 how to be : Dr Jose Chameleone

PIONEER: Rn’B artiste and dancer Michael Ross has been in the music game for over a decade. He meets his longtime fan Martha Namara, a student of Actuarial Science at Makerere University.

Wow, I can’t believe I’ve gotten this chance to finally meet you. Okay Michael what inspired you to do music?
I was inspired by artistes like R. Kelly, Usher, Michael Jackson and Bobby Brown.

Which year did you start doing music professionally?
I started in 2002 with Sinyorita but before then, I had a group called Boys in Rhythm with whom we danced, wrote songs and so on, but disbanded in 2000.

What would you have been if you were not an artiste?
To be honest, I don’t know. Like I told you earlier, I grew up wanting to be an artiste. I didn’t have those visions other kids have of wanting to be doctors, lawyers, pilots, etc. I was meant to be an entertainer and the moment I discovered it, my parents supported me.

How do you handle competition?
Competition is healthy and during the time I joined, people were not that into music, so I just masterminded my game and I believe I’m the best in the line of Rn’B and hip hop blended with a local touch. The more competitive the game is, the more creative we become.

I must admit, you are the best dancer I have seen in Uganda. How long did it take you to learn those moves?
Thank you. My father was a dancer during his days, so I can basically say it’s in my blood. Those dance moves make me stand out from the rest and through music and dancing, I have been able to travel around East Africa.

Are you seeing someone?
Yes. I’m seeing someone by the names of Aline. We’ve been seeing each other for the past two years and I intend to take things all the way.
You are handsome. How do you handle stalkers?
Hahaha, you’ve made me blush … anyway I don’t think I have stalkers but I have people who appreciate me, though I get concerned sometimes when it’s too much.

Away from music, tell me about yourself?
I’m Michael Ross Kakooza, a blend of Muganda and Munyankole. I was born to Mr Joseph and Ms Immaculate Kasibante. I am the seventh born of 14 children.

Have you ever played any sport?
I played basketball when I was in S.1 and S.2 at Makerere College but I haven’t played since then. Though I’m planning to get back to that sport. I’m more addicted to working out these days.

What is your favourite dish?
Posho is my best, accompanied with beans and fish.

What is that one thing that people don’t know about you?
I’m a giving person but some people tell me I’m funny and stubborn.

What is your dream car?
That would be G-Wagon Cross Country.

What have been your best and worst moments?
My best moment is every time I’m on stage and the crowd responds to my entertainment while my worst moment came in 2004 during a certain UTL show at KCC grounds when I flipped and fell off stage.

I no longer see you dance in your videos these days. Did you lose your dance groove?
Hahaha. A good dancer will never lose his moves. Even at 50, Michael Jackson used to pull off some strokes but what happens is how the body responds to the beats. I interpret songs differently, some songs don’t need vigorous dancing while others need.

What is that song you consider the best you’ve done?
Unstoppable, but I’m yet to release it. It’s basically about my story.

How many albums do you have?
I have one album that consists of 15 songs. After releasing it, I concentrated on releasing singles.