how to be : Dr Jose Chameleone 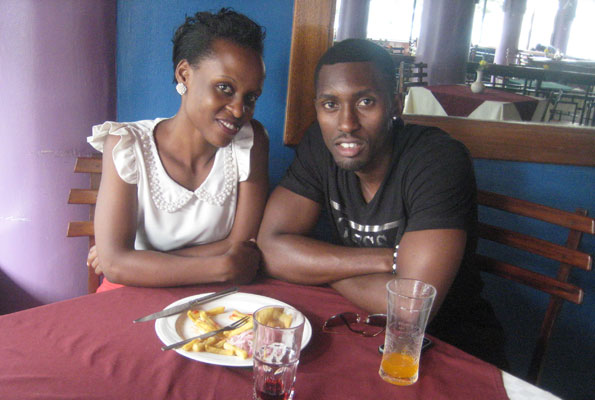 self – styled: Do you want to become a doctor without attending the five years of medical school. Ian Ford Nkera guides you on how to become a musical one like Chameleone

Do you know why you completely forgot your Lingala dance moves? It’s because a certain music revolution heralded by Dr Jose Chameleone and friends slowly kicked out any trace and memory of Lingala music and introduced us to something more homely; basically the birth of Ugandan pop music. A diamond in the ruff, Jose Chameleone has continued to radiate his talent to the rest of the world and undoubtedly becoming Uganda’s biggest music export. With a knack for entertaining the young and the old, the self proclaimed music doctor, has seen timeless hits make up a big chunk of today’s playlists, millions of shillings raked in and a legacy that has seen him being mentioned in the same breath as legends like Philly Bongoley Lutaaya and Elly Wamala. Evidently the most documented artiste in print, audio and visual media, Chameleone has gone on to marry talent with controversy with so much ease to the entertainment of many. I will now usher you into the world of the Leone Island chief.

Jose The Dream Chaser
Chameleone is a grass-to- grace product like he has made us believe. I can almost guess that you all know that story of him squeezing himself into a bus corridor enroute to Kenya in pursuit of music stardom. He went on to tell us that he shared popcorn with Bebe Cool while seated on Red San’s couch because they couldn’t afford a decent meal. How cute! Today, he is enjoying a stellar career with millions of shillings coming his way and could afford himself all the luxury he pleases. In short, you must work your skin off to make it to the top like Chameleone. Someone might argue that the singer looks malnourished even with all the success he has achieved. Why are you so concerned about his rail-thin frame? You just work harder and stop asking questions.

Rainbow Joe
Chameleone’s peers will confess that they never know what Mr Mayanja has up his sleeves. If he isn’t having a practice session of low jump on top of buildings, he is playing ‘break your nose’ with his brothers Weasel and other reptiles in his family. In the Chameleone world, the blue today will be green tomorrow and I don’t mean his fashion sense, which gets more scandalous by the day, but the way he lives his life. To change colours like Mr Mayanja, you have to be unpredictable to the death. Be a Catholic one day and Muslim the next day.  Ugandans are lacking that kind of versatility so just be that guy. Be the guy that swears he loves his brother today and thumps him to shreds the next day. If anyone raises an eyebrow, say it’s your duty to discipline your young brother. Just make sure you have an edge to your life.
Barbecue Joe
Chameleone is a fan of the party. It’s always been fanfare when Mr Mayanja has had to celebrate something like a birthday or house warming. You can be sure of mouthwatering steak. There was once a tale told of a neighbour called Andrew who got too excited and jumped into the barbecue fire and nothing was heard of him after that. Only God knows the things that happen in the Mayanja household.

Joe The Rabbit
Every year there is a day slated for a new Mayanja entrant. I have lost count of the times I have seen Chameleone’s Facebook wall awash with news of a ‘bouncing baby boy or girl. From Dorotia to Daniella, the Mayanjas keep multiplying in ways you can’t even imagine. So if you thought he just makes hits in the studio, he makes hits somewhere in the bedroom too and he has many light skinned little ones to show for it. If you are going to be anything like Chameleone, you have got to do it like CNN or BBC. Do it Live! The Mayanja dynasty is increasing exponentially and yours should too.

Africa’s sixth richest musician
So they told us that a reliable survey was carried out to determine the richest musicians in Africa and the man from Kawempe aka Atakogga atagejja ranked highly in the sixth position. To put it more clearly, they looked through the entire Africa and just five musicians pulled more muscle in the finance department. This isn’t about you so you can please take a seat. I now believe that an artiste can decide to drive not- so -new luxury cars, fall back in rent payment a couple of times and still have the world believe that you are the sixth richest musician. If you are a Sempala of sorts, let’s forget being the richest in Africa for now and work on that parish you stay first. Sell those vegetables and blow the proceeds in a bar and I can guarantee that you will become your parish’s richest by default.

Big Brother Joe
Daniella Mayanja must be proud of the man she married. What a responsible guy! Do you all remember that girl who came crying to Chameleone that she had lost her panties at a recent show? Like a responsible guy that he is, Chameleone whisked her away to backstage and they looked for the panties together. But that guy really cares … wama Daniella don’t you think so?