Your company Kinetic is behind the popular Friday Night Lights basketball tournament that is a mix of sports and entertainment. How did you get into the business of sports?
As a child, I was into sports. I played everything. I swam, played rugby, cricket, hockey and tennis. Tennis wasn’t actually my best sport but coming home to Uganda, it was the easiest to play. As I grew older, I went to the US on scholarship to play tennis and I played in the Davis Cup. I am now the chairman of the Uganda Tennis Federation and sports has been a big part of my life. I do it for fun, so I guess I had to find a way of doing business out of it.

What projects are you working on at the moment?
There are always projects. The Friday Night Lights semi-finals are on tonight. Tomorrow, we are off to Jinja to set up a grassroots tennis programme for children. Last week we launched the 5 Star Friday (a five-aside soccer event) with Daily Monitor’s Sqoop and KFM. I have so many things to plan for. We need more hours in the day!

What is the five-aside soccer all about?
What we are trying to do is raise the interest of the public in soccer. I know people support the Cranes but football is not something they do for fun. So we are trying to bring the whole Kinetic fun aspect to it like we do at Friday Night Lights. Each team is named after a bar in Kampala.
It is going to take place behind the indoor arena (on the Astroturf) from April 18, and will run for eight Fridays. We have written to 20 bars. We have talked to, Route 256, Casablanca, Asylum, Just Kicking, Fat Boyz, Bubbles, Cayenne, Panamera, Zone 7, De Posh, MM Pub, Planet Sports, Fusion Bar, Obama, Deuces, Mish Mash, among others. We have gotten 13 confirmations.

Considering that you have involved bars, these are definitely going to be fun events?
Yes, there is an entertainment component to the event. It’s not all about fun as we are also supporting charity through Grace Villas (a project that supports orphan girls in Kabale). FNL also works with the 40 days Over 40 Smiles charity foundation.

How did you conceive the FNL idea?
Four years ago, I sat with guys like Tom Ochamuringa who runs a company called Pamoja, Sam Ssebadduka and Phillip Kyomuhendo, who had a baskeball oriented idea. I thought we needed to tweak it a little bit to make it more interesting for the fans. You know, as administrators, we think so much about the sport and not about the fans. I decided to work on the idea backwards, and from my experience working all over the world, I realised entertainment would be a good part of it, so FNL was born.

You have achieved in attracting numbers. How much do you rake in on an average FNL night?
I don’t know. It is not that much. We are talking about Shs4m to Shs5m.

What brings in the money?
Sports events have different revenue streams. There is the entrance fee, people eat, drink, get dressed and so on.

Basketball aside, you owe your fame to tennis and you are now president of the association. When did you last play?
In 2009, with Duncan Mugabe. We won the Uganda Open doubles. After that, I broke my Achilles tendon, then started playing for just fun. Now I don’t play as much. I have been toying with the idea of playing the 35 and Over international events, but we will see.

What happened after? Did making money take the better of you?
Money? Man I guess it was the direct opposite. I did not have enough to keep playing and then I had to become a bit more focused on earning a living.

You mean tennis is expensive?
On yeah. If you are going to produce a professional tennis player and you are looking over the course of his/her development stage, it is something in the region of $1m.

Where does all that dime go?
A professional tennis player starts with his coaches and the support team. Some of the best coaches/teams in the world charge between US$250,000 (aboutShs625m) and $300,000 (about Shs750m) a year to coach you individually. Then there is equipment, but it is one of cheapest components. A racket will cost you about US$300 (about Shs750,000) and you would need 10 to 15 of them a year. Then there are clothes and shoes, medical insurance, travel, et cetera. It is expensive and that is why most tennis players come from well-to-do families.

You too come from a good family?
It is a different ball game with African parents. It was difficult for my father, Captain Francis Babu, to put in $1m a year to produce a tennis player. I think it would be a problem for any African father even if he has it. They are more inclined towards education.

Talking about your father, what is it like being born to prominent parents?
I can say I am lucky. My mum (Olive Kigongo) is great lady who was tough with us and taught us good manners and then my dad is very principled. He says what he wants to say when he wants to say it, so you can imagine what he says at home. He invested in a good education for me and my sisters.

How many siblings do you have?
I have a little brother. He is now about 13. He is the last one, and I have five sisters and that’s it. We are seven.

What was life like for you growing up?
I had a great childhood thanks to my parents. I spent much of my time playing and running around, especially when we were in Kenya. I was a hyper child always running about and getting into all sorts of trouble.

How did you end up in Kenya?
Before my dad became a politician, he was a pilot and East African Airways was based in Nairobi, so that is where his work station was.

Are you married?
Yes I am. I have three boys

Who did you marry?
Wow. I will not give you the name but she is from Northern Ireland.

Didn’t Uganda have beautiful girls good enough for you?
Oh yes, UG women are good looking but it just happened. I did not plan it. You can’t really help whom you fall in love with.

How did you hook her?
We met in the US and I think she liked the whole idea of dating a tennis player and I guess it worked out well.

Well you are good looking and some Ugandan girls would be interested…
You win some and lose some, you know. That is how it is.

So how do you handle those who like you?
There is nothing to handle. It’s never that serious. It’s not like they are banging down my door.

Away from sports what else interests you?
I am into property. It is something I have been doing for a few years. We have built some apartments in Nairobi, Kigali and we are trying to do something in Uganda.

You seem to have your finger in lots of pies, how much would you say Cedric Babu is worth?
Not very much these days, with the recession. I don’t think too much about that. I pay the bills and survive. The inspiration comes from the work. Making money is great but it comes with a lot of responsibility.

As a businessman what ethics do you uphold?
I believe in working hard and trying to be as straight forward as possible. I try to treat people right. Of course, sometimes it gets difficult because I try to manage different expectations.

What challenges come with your work?
Trying to convince corporate Uganda that sports and entertainment are two things that will give you the captive audience you need.

What is your message to whoever is reading you story this?
Work hard and try and do everything the best way you can. Some people will tell you that the things you are thinking don’t make sense, but as long as it is legal and doesn’t hurt anyone go ahead and do it.

Cedric’s Kinetic Management Group also manages artistes and they include dancehall artiste Mulo (pictured with him), rappers like Ruyonga, The Myth and Petrobas. He also works closely with Navio.

Cedric is also behind the monthly Kwivuga Poetry Session offerings that happens once a month at Gatto Matto.

TENNIS ACE
Seed one: Babu was the best tennis player in the country and he held the seed one spot from 1995 to 1999. He has since retired into management and is the chairman of the Uganda Tennis Federation. 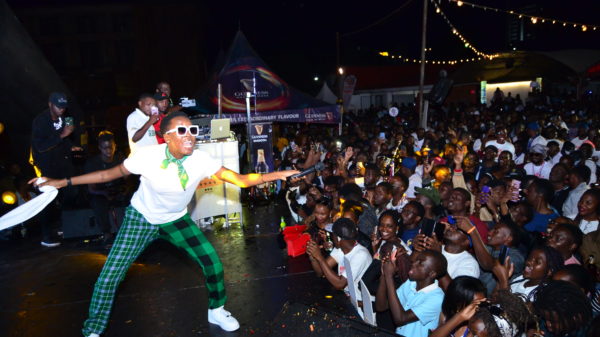 Season Five of the SMACK League ended on a high note over the weekend at Legends Grounds in Lugogo. The day was not short... 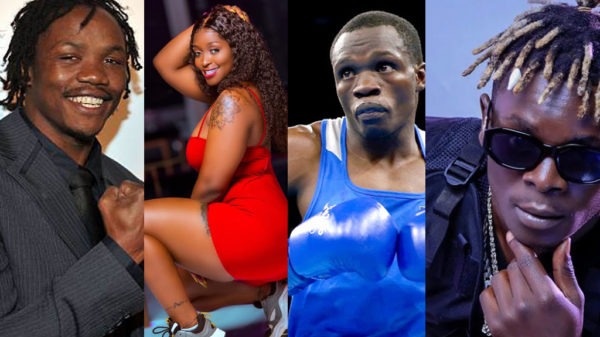 12 Rounds Sports Promotion plans to stage yet another great boxing event but is spicing it up with great musical performances. As if this... 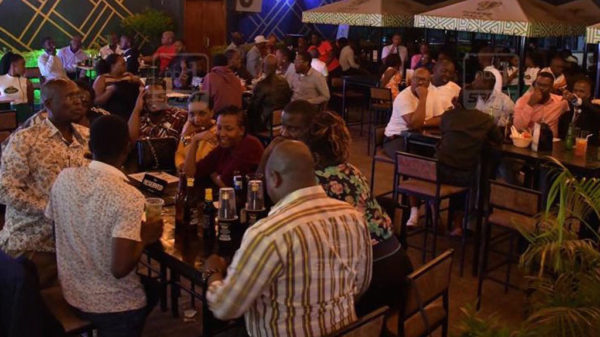 For the uninitiated out there, Tusker Malt has created the chance for non-golfers to take a glimpse into the world of golf. The title...