Anne Kansiime launches campaigns for BEFFTA votes, Comedian Anne Kansiime was recently nominated for Best Comedian Award by Black Entertainment Film Fashion Television and Arts (BEFFTA) Awards in the UK. While several media avenues concentrated on the nomination of musicians Juliana Kanyomozi, Jose Chameleone and Naava Grey for the Best International Act category, Kansiime took it upon herself to announce her nomination.

Kansiime was nominated under the Best Comedian award category and is up against comedians like Obonjo, Wale Gates, Richard Blackhood, Don’t Jealous Me, Eddie Kadi, Babatunde, Funmbi and Ola the comedian.

“All jokes and winning mentality aside, these are all great comedians and I am very privileged to have been nominated alongside them,” Kansiime told us.

Kansiime couldn’t hesitate telling all her fans out there to vote for her, “…if you were wondering how and when we start voting for me to win the Best comedian Award, voting started October 6 and ends October 20. The awards are on Oct 25/26 in London. Log on to http://beffta.com/voting, enter your name and email address, select the nomination category, select the nominee: Anne Kansiime and click on Submit.” Kansiime posted on her wall on Monday.

Meanwhile, over the weekend, Kansiime held auditions for children aged between five and 12 that will appear in her upcoming music videos for her album that she will be launching on December 15.

“My relationship with these youngsters will not just stop at being part of the videos, but I plan to have them on my tour that will cover different parts of Africa,” she told us. 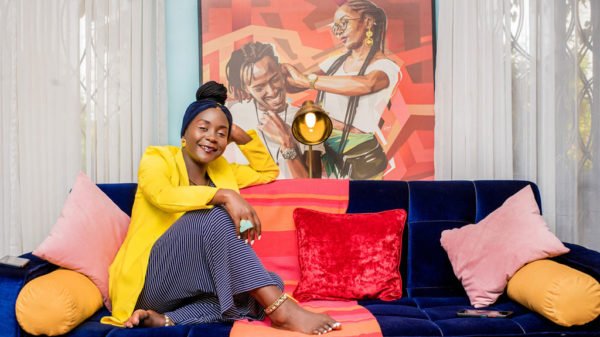 Celebrated Ugandan comedienne Anne Kansiime and her musician boyfriend now fiancé Abraham Tukahiirwa aka Skylanta have been in a relationship for a while now....