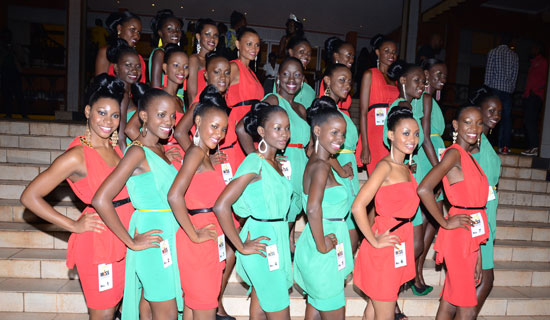 Who is Uganda’s fairest? 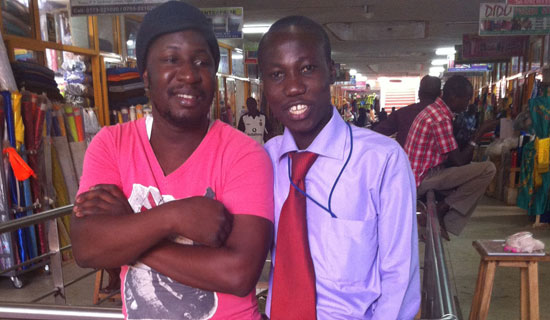 Hakeem and Fatima’s eviction leaves us with only 16 housemates. The Chase is getting harder and the surprise evictions might leave us with  a surprise winner. The two added a fair amount of drama to the Big Brother Africa (BBA) show. They spoke to Brenda Banura about their time in the house
Hakeem
Were you shocked by your eviction?
No because Melvin had to replace someone. I knew it would be someone from West Africa since BBA housemates from there are strong contenders.

You hooked up with Cleo while in the BBA house, do you think she loves you?
Cleo loves me. Our relationship was an emotional roller-coaster going from sad to happy, which happens in any relationship. The problem is that in the BBA house you are confined in one place and because it is a game, you become paranoid. You don’t know who to trust or talk to.  I hope that we can continue with the relationship even after BBA.

What do you think about having a relationship while in the BBA house?
It is not an easy thing. The fact that there are cameras all over makes everything, even the natural things that could happen in any relationship look like a stunt. You also can’t know if someone actually likes you or it is just part of their strategy. But if your relationship survives BBA then it will be one that can survive anything.

Who do you think is the silliest housemate?
Nando, he has an amazing sense of humour especially when he changes accents.  He always knows when to say what, which makes his jokes always appropriate.

What is the silliest thing you did while in the house?
When I acted like a woman. I wore a wig and imitated women in speech, the way they walk and other things. It was so silly.

What was the silliest task you were given by Big Brother?
The task where we were asked to act as wild animals, Maria and I were monkeys. But no, may be it was the puppet show. Both were really silly and hilarious.

Fatima
What’s your beef with Pokello?
I am real and I say it as it is. Elikem was close to me before I switched houses and when I came back I found that there was a love thing going on between him and Pokello. I expected us to continue as close friends like before but Pokello thought I was after him. She even insulted me in her language because she thought I don’t understand it yet I actually do.

Why then did you advise that he doesn’t get involved with Pokello?
As friends, Elikem and I confided in each other. When he had a problem he would come and talk to me about it. He asked for my opinion about Pokello and as his friend, I am supposed to give him my honest opinion and not what he wants to hear. So I told him that he has to be careful. This is because their foundation was shaky. At first, it seemed like they were playing the game and in between they must have fallen in love or something.

What did you think of the Ugandan housemates Denzel and LK4?
I never got a chance to meet LK4 but I heard that he is a very interesting person. I would have loved to meet him. I liked Denzel because he was real. Even if some people found him weird, he didn’t change.  And maybe his sense of humour is too much for conservative Africa. I liked him, he was entertaining, I would love to be friends with him even outside the BBA house.

Were you shocked by your eviction?
Not really. When you enter the house, you know that anytime you will be evicted even if it feels good to envision yourself among the finalists. I was told that I was up for eviction on Monday so that gave me enough time to prepare myself mentally.