Joel’s first wedding was to one of our former collegues at Daily Monitor, Grace Naisamura, with whom they parted ways a few years ago. Joel then introduced a one Sharon Nagadya, whom he separated from less than six months after the introduction.

And before we could establish what had happened to Joel and Sharon, a one UK-based Rita Kaggwa went viral on Facebook as she posted that she was engaged to the former Capital FM senior manager. Kaggwa went ahead and revealed that she was expecting Joel’s baby. She posted several photos of her and Joel as proof. Kaggwa claims that her son (Randell Joel Isabirye Junior) who is a few months old is actually Joel’s!

But that’s all history as Joel yesterday introduced Jjingo. The two have been an item for months. And after a rumoured exchange between Jingo and the UK-based Kaggwa, Jingo actually went ahead and released a song titled Ndintya! In the song Rebecca praises Joel’s unending love and unique skills!

Joel, we hope this one lasts! 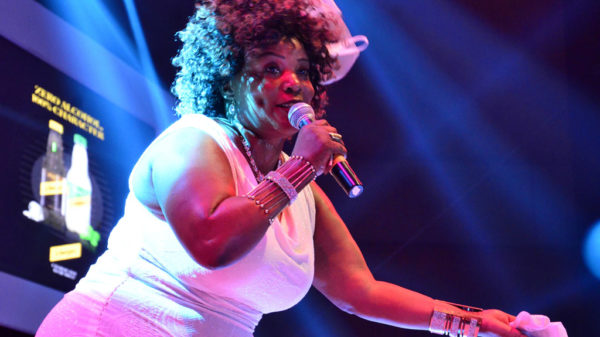 Of the five artists lined up to perform at the annual Tugende Mukikade concerts, the trio were the ones that thrilled the audience most...