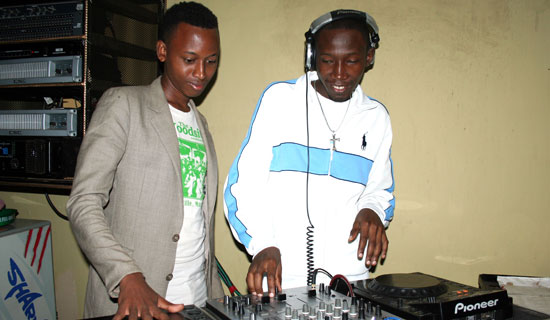 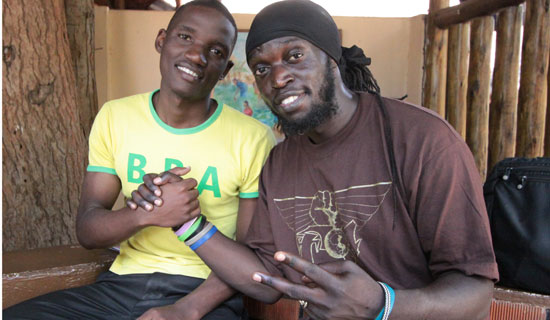 When Tebakusobola was the hit song on everyone’s lips, people wanted to find out the maestro behind the reggae-dancehall fusion song. The youngster was none other than Yung Mulo, a member of the Leone Island crew of Jose Chameleone.  Yung Mulo later in the year released another hit song, Love Me that rubberstamped him as the next big thing in the music industry. He also claims to be 18 years old but who can refute that. Guess nobody yet knows the full lyrics to the song. Talk of “bad man dem can’t do me nutin.”

Stephen Kiprotich gave Uganda the first Olympic medal since 1996, the first gold medal since 1972, and the first ever in the marathon. He instantly rose to fame. The gold medal was also special considering that it was received in the year when Uganda celebrated its golden jubilee.  He certainly deserves the man of the year award. From someone nobody knew, Kiprotich has gone ahead to grace billboards, endorsing several brands. We hope he can bring more accolades in the coming years.

After shedding tears on two consecutive occasions following losses of Golola Moses, a man who seemed to punch above his weight, the country longed for a kick-boxing messiah. The messiah was found in a German-based Ugandan fighter, Ronald Mugula who was able to knock out Andras Nagy-a man from whom Golola had snatched the title belt after losing in the ring.  Ronald Mugula became the new world intercontinental champion after he beat the Hungarian fighter by a technical knockout in the second round. Mugula’s victory also served as a consolation moment for sports fans that had been nursing the heartbreak of Uganda Cranes’ failure to qualify for the Africa Cup of Nations at the hands of Zambia’s Chipolopolo. We are sure the next Mugula fight will be a full-house attendance.

He rose to fame in the music industry when he released his rendition of Walumbe Zaaya -a song that was done by the late Prince Job Paul Kafeero. The hip hop star did not stop at being a one hit wonder, he went ahead and released Malangajja that has received massive airplay.  Rumours of him dating Straka also made rounds among the celebrity watchdogs.

She put up a great presentation in Cease and Sekkle and Missing You with Bebe Cool. Just as critics were about to write her off, she disproved them by dropping two other hit songs of Oli Wange and Atuuse.  Though it was heaping too much praise, many have termed her as the Whitney Houston of Uganda having both the talent and the beauty.  The Kyambogo University student was also one of the back-up voices behind the Sambagala collaboration of Bebe Cool and Halima Namakula (a woman she calls her mentor) back in the day.  At the moment, Rehema Namakula aka Rema is the big thing in the music industry as far as the female category is concerned.

The son to Mitooma woman MP, Jovah Kamateeka and US-based rapper made his mark when he lived up to his hype that was created by a social media buzz. In a year that has seen more concert flops than any other, Edwin Ruyonga surprised many when his mix tape launch attracted a full house at Panamera bar. A Piece of Heaven, Tutuuse a collaboration with Don Mc, and a remix of Maurice Kirya’s Don’t Wanna Fight, are some of those songs that have opened the way for him in the music industry. He also featured on Yoga Yoga, a song to commemorate Uganda’s 50 years of independence.

She is one presenter whose weekly feature that highlights stories of human interest has become a must-watch show for many.  From Aisha Nabukeera (the girl who was burnt with scalding hot water) to the lady in Mityana whose hands were hacked by the husband, Nameere has had all those touching stories on her show.  Medics from Mengo medical school went on to recognise and reward her plus inviting her to give a motivational speech during their graduation ceremony. Her career has just began.

Diane Nalubega
Ekisumuluzo is one of those hit songs that have capped the year for many Ugandans.  And for this love song, Diane Nalubega was able to rise to fame. If there were Pam Awards last year, then Nalubega would be among the expected winners.

It was everyone’s Facebook update; single people could not get the word Bibuuza off their lips. Behind the hit song was a former Gagamel back-up singer, Hajjati Madina (though she had never been to Mecca). Hajjati Madina real name-Nambooze Kansiime also got in the black-books of Sheikh Noor Muzaata, a man who claims his mission is to purify Islam. This followed reports that Madina had converted from Islam to the Born Again faith by association with the revival band of Pastor Yiga and Nabbi Omukazi. Another of Madina’s crimes was the continued use of an Islamic name and title of Hajjati which she had never earned.  She was later to fall out with Pastor Yiga and recommit to being a Muslim. We are yet to hear another song from her.