Nana: From Hollywood to Ugawood 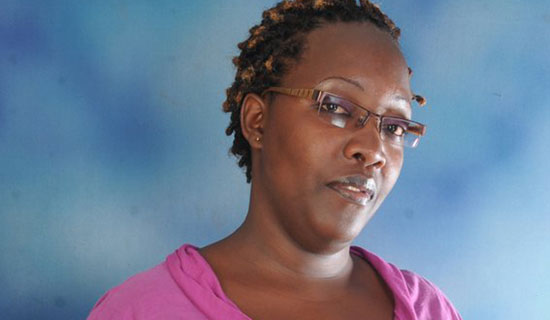 EAST OR WEST. Nana Kagga had a stint on WBS TV as the co-host of the popular Jam Agenda show. She later went to Hollywood landing roles in TV soaps and movies. But she is back home and is set to debut her first film The Life, writes Edgar R. Batte

How are you doing?
Not bad, simply busy and doing my routines between UK and here.

What do you do in the UK?
I work in an oil firm as a petroleum engineer.

Under which company do you serve as petroleum engineer?
Tullow Oil.

Who is Nana?
Wow…where do I start? Okay, I am a Ugandan filmmaker/engineer/mother and many other things.

What is your claim to fame?
My big mouth… I talk a lot, I like to talk and my love for talking got me on TV, WBS TV. About 10 years ago, I used to co-host the original Jam Agenda, with Collin Serubiri. We were the pioneer and unmatched duo. Those were the best times of being in media. I mean we didn’t have anyone to be compared to. We were simply good.

Having been on television then and watching TV today what do you think of television today?
TV has changed a lot. There are a lot of interesting programmes but ideally I would like a traditional story told to the children, but we are lacking in that apsect. We don’t have solid Ugandan content showing on our television stations as compared to Kenya where they have local content that also pays attention to detail and quality.

The quality yes, where else do our people need to improve?
I watch Ugandan TV but I am always thinking I should go to Discovery Channel. The problem with our TV is quality of the product. The sound is poor and it takes away so much.

That’s technical stuff and I know you’re into film too, what is your background in the movie world?
I have always been very passionate about story-telling. Film has given me a medium to tell the stories I build up in my head about the people I meet in my life, the legacies and about the future and that’s how I got to Hollywood.

How did you get to Hollywood?
I was working as a process engineer in the US, in a company called Laguna Industries in Albuquerque, New Mexico when I got spotted. I had gone to Walmart, one very big stop shopping mall, to shop for groceries and this lady, an editor with Lucky Magazine liked my look.

What did she tell you?
She said she wanted  me to be an editorial model for her fashion magazine. She liked my dark look. In the US, black women are not black enough but light skinned and I had the real black skin and it got me a job, and more jobs.

Tell us about some of the jobs being black brought you?
After that, I did TV commercials for Ipods, Pepsi, KFC, Microsoft, Dove, Tylenol TV, BET and appeared in series like CSI New York, Life and Runway Stars.

And then in Hollywood, did you do some acting?
Oh yeah, I have taken on roles in Star Trek, He is Just Not That Into You, Good Day to Be Black and Sexy and Cowboys and Indians.

Where is the proof for this?
Just log onto www.imdb.com and type in Nana Hill which is my Hollywood name. My photos, profile and works are there.

What roles have you taken on in these movies?
In Star Trek I play an enterprise crew member, in He is Just Not Into You, I play as a party guest called Anna, in two scenes and in Good Day To Be Black and Sexy I headline and my name is Candy, I play an interesting character in  there.

So did you quit Hollywood?
Yes.

This is every actor’s dream- to be in Hollywood…why did you quit?
There was no serious moment and I had A daughter and I had to come home. Hollywood is brutal. It has no time for pregnancy to wait. There is no tolerance and no room for imperfection.

But you must have had your good times in this hub that makes the world’s celebrities…
Yeah it was good to be in Hollywood during my 20s. It was exciting, adventurous and I got paid well for doing minimal work.

What’s the biggest pay cheque you ever got?
Let’s say I am still living off it.

Any figures?
Can’t disclose but it was a very comfortable sum, it was extremely good.

And what was the lowest amount you ever took for a movie role?
It was a project I did for free. It was an independent movie called Cowboys and Indians.

As someone who has done it out there, what is your advice to upcoming actors and actresses?
Keep doing every project that comes your way and money should not be a driving factor. Please be on time and remember it is show business.

You have new film project that you directed called The Life, tell  us about it.
It’s an idea I conceived when I came back to Uganda three years ago. Every newspaper I picked to read had a story about the music industry and the happening on the urban scene. Some stories were shocking, others controversial but they all seemed to sell one dream, of a perfect life of women, cars and alcohol, so I decided to write a story from my point of view. It’s not factual and simply fiction.

What is the underlying story?
It is based on a group of friends with dreams of making it big in the music industry and the events that unfold as each one of them goes after their dream…the friendship, hypocrisy and the lengths some people will go to get the ultimate prize.

Is it a high budget movie?
We have exceeded the original budget. We had initially budgeted it to cost Shs45m but have exceeded by Shs10m, and that’s a lot coming out of an almost self-sponsored project.

Have you had some sponsors?
Yeah we have Darling on board.

Who have you worked with on this film project?
I have worked with a cast that includes Vampino, Susan Naava, Gasuza Lwanga, Maureen Nankya and Tiba Murungi (formerly of The Hostel).

Where did you shoot the movie?
Feathers in Kabalagala, Darling in Busega, Wadanga Clinic in Kireka and two residences, one in Bbunga and another in Konge.

What challenges did you face while putting together this project?
The logistics. It is bad shooting in Kampala because of time management and then crew was hard to assemble because there are not many talented and committed Ugandans, plus finding an editor took me years. And then the equipment was a bit hard because the guys with it wanted a daily rate as opposed to a project rate.

How much did the equipment suck into your budget?
Shs15m, which is a third of my original budget. I had wanted to pay my actors and actresses a decent wage, better than what other projects have paid them.

Let’s get a little private…are you married?
No, but I am egaged.

Where do we see Nana in five to 10 years to come?
Ruling the world but being a wife too, with five kids.