The Cranes loss was expected

As other Ugandans mourn the Cranes’ loss to Chipolopolo boys, I am dancing my legs lame. A lose incurred by a team whose outstanding feature is well known to every citizen shouldn’t be mourned a lot. How could we expect a team that barely performs well on home turf to  qualify for such a big event? We, Ugandans have convinced ourselves that we have a team capable of upstaging opponents, yet at the bottom of our hearts, we are aware that we have an average team that plays “suspect football”.

When the same team failed to beat Harambee Stars of Kenya last year, we vehemently laid the blame on politicians, not realising that talent is natural, but not artificial, something our team lacks.

After failing to qualify for 34 years, how could we think that they would have beaten the continental Champion? Ugandan footballs that shall take us to the promised land are yet to be born. I don’t want anyone to come out telling me that I am not patriotic.

In fact, Fufa guys had reason to overcharge spectators. They knew they would fail the pitch test and plan B would do the needful – pleasing themselves with the dime from the match.
And it is pointless to point accusing fingers at Williamson and Lawrence Mulindwa. Even if the best manager in the world manages the team, it wouldn’t perform to the expectations.

Women football teams like Nigeria and Ghana are far better than our boys when it comes to ball possession. For the boys to do well, they should start training at club level, and it should therefore be work of our local club managers. 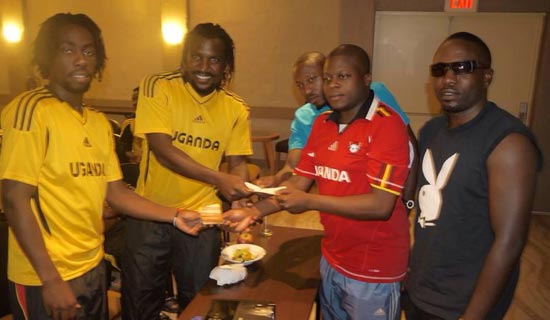 You must be wondering who the Rich Gang are. Rich Gang is a name the South African based Uganda self-proclaimed tycoons, Ivan Semwanga, King...