I’m MozeAre you a student? Where?

I want to be a presenter like you.
You see pal, media houses have plenty of jobs for journalism graduates. What if 100 people graduate, where will you present? My advice is that you have your options open. You can be an editor, a reporter, script writer and so on. A media house can have 30 employees yet only five are presenters.

What did you study?
I studied Mass Communication, not because I wanted to present but as a result of peer discussions during vacation. I opted for a profession which didn’t require me to wear a tie every morning and that’s why I didn’t major in Public Relations.

How did you get into TV then?
During my last semester at campus, there was an ad on the notice board for MGS videos by a guy called Uncle Sam. I went for an interview and nailed it. We covered events like Pam Awards, Ekiggunda and wedding ceremonies. I was the guy on the pickup holding up the camera, and it’s from there that I learnt editing and graphics.Two years down the road Raymond Walusimbi (now with NTV) tipped me about an opening at Record TV. I went for an interview and I was recuited. But I started as a camera guy, then did editing, graphics and finally presenting… but I prefer graphics. You see these concert ads, I have a hand in most of them.

Does presenting come naturally for you?
I don’t know, you should tell me. You see the problem is universities fed us with a lot of theory and
very little practicals. They never took us to any TV station. However, they had a Campus FM, a
radio station where we went once in a while.

Is that ring what I think is?
(Holds up his finger with a grin) I’m happily married with a seven-months-old son.

What of those chicks who make moves at stars during concerts backstage or in the VIP?
Waah, I don’t do VIP and backstage, I sit in the ordinary section and lower my hat. That way, no
one notices me. 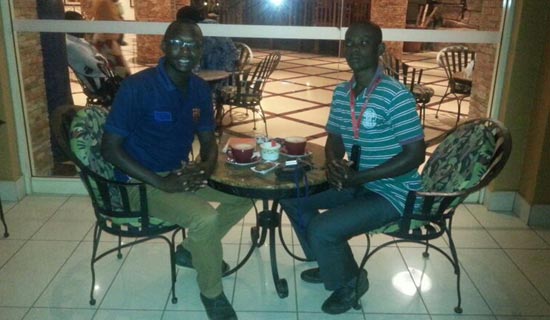 Allan Bbale, a businessman selling general merchandise around town and at the same time a student at Mubs, meets his number one celeb Suhail... 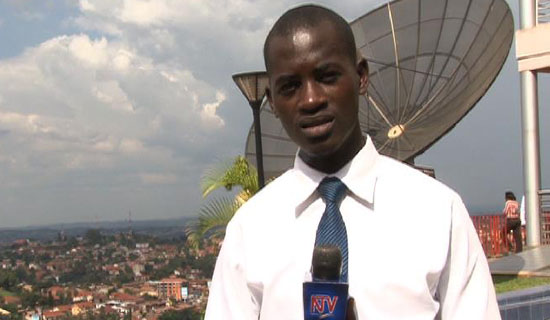 “Julius Ssenkandwa, NTV News!” says the popular NTV news reporter whenever he is signing out on a story. But that might change in 2016!...