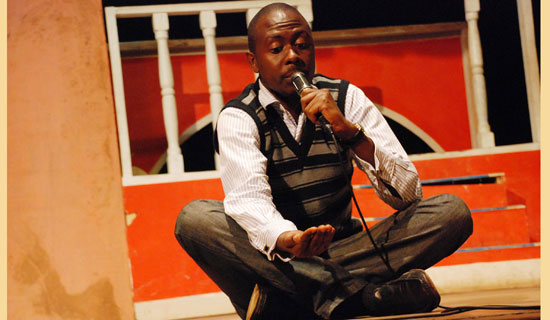 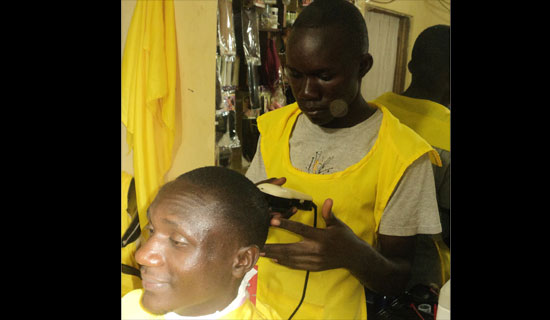 Liane and Percy pose for a photograph. Photo by Jonah Kabugo

(Liane and Percy met at Virgin Island Bugolobi in the afternoon, talked girl stuff, laughed and sang out loud)

Hi, you’re looks are amazing.
Thanks, although I’m a bit fat. Can you believe I’ve gained 12 kilos?

Are you really a Muganda, you look like a westerner.
Actually, I’m mixed blood … half Nyaru half Muganda, what about you.

Same as you, I’m half Nyaru half Sogi. So do you have anything personal with the guy in your videos? The same guy has been in many videos and it looks like there is some chemistry.
Oh Trevor no, he’s a guy I only talk to on the video set. In fact I last spoke to him in October. Some of the people you see in music videos, we only meet them on set and never meet again. Surprisingly kale he his not my friend at all.

I like the whole sexiness thing you pull off, like in “singa”
(Giggling) It comes naturally. I don’t sugar coat, in fact it’s the real me, my dark side.

You are such a warm person. Do you treat strangers the same way?
Yeah, but at times people misunderstand you, they become too clingy simply because you were warm to them, otherwise I would keep a conversation flowing for as long as possible if they know their limits.

When is your next video?
I have a new song called Omusawo, it’s lovely (stands up and sings while dancing). In fact I’m soon starting rehearsals for the video shoot, I will have dancers too. The others are audios; a zouk song and another one called Heart Rate.

What else makes you busy when you are not singing?
A family business, it was mum’s but she passed away so we followed in her footsteps. It’s Ebenezer Supermarket in Wandegeya. I also love sleeping a lot.

Do you play tennis?
No, in the Singa video, I had to learn it on set… it was very exhausting, because we shot till late but I kept a happy big smile all day. I had a rash the following day because the sun burned me while we were shooting.

What would you do if you got all the money you only dream of?
I would, God willing, help someone out with their career like pay their studio fees or do a video for them because so many people with talent don’t have money.

It’s been nice meeting you, you are so much fun!
Sweetheart, it’s been a pleasure for me too, I’ll call you to the video shoot.