Musicians jump onto the band wagon

The CD playback era is facing a threat as live music makes a comeback. New bands are springing up at a fast rate in hangout joints, writes EDWIN NUWAGABA

G oing to bars and sipping beer while listening to loud music or watching karaoke might no longer be the coolest way of having fun in the night these days, considering the number of people that patronise live band performances. If you haven’t gone out to a live band performance, you perhaps are not hanging out in hippy places like Cayenne, Boda Boda, Emin Pasha, Katch the Sun and others.

And the fact that there is no entrance fee to these areas, you can be sure to rub shoulders with all classes of people from an MD of a bank, a business man to hot university chicks. The bands are quite many. The players and vocalists are really good at their thing. The competition being stiff works for the good of the reveller. A live music band lover can hop from one bar to another from Monday to Sunday as there is a band performing somewhere everyday.

The good music aside, the environment where these bands perform being open space makes for relaxing evenings. Parking as well is ample in most of these places.  It is a big deal indeed, to watch these bands without paying a penny.

A band like Barbed Wire Thong which performs at Buddies every Monday, has got some of the finest instrumentalists. Most of them originate from Afrigo Band. They include; Isaac Zimbe on the drums Bright Bukko Segawa (lead guitar), Don Canta (vocals) and others. Barbed Wire Thong mostly plays laid back soothing songs and oldies. But half way their performance, they get groovy.

At about 11p.m., Buddies takes on the nature of a nightclub, only that this time ,revellers dance to live music most of it reggae and Afro pop. And because of the band’s ability to play a variety of genres, Barbed Wire Thong attracts all sorts of people. Everyone in the band is good at what they do. Dan Kaggwa a key board player says, they created the band for the sake of them coming together to do what they have always done best.

At Boda Boda, Code 9 provides a unique experience. They do Afro fusion, jazz and covers. The audience is up market. You will find many expatriates here and a couple of beautiful Ugandan girls. With Pragmo a talented key board player, Brian Mugenyi (saxophone), Chris Ireland, Don Canta and other two girls as vocalists, the band is able to provide a jazzy experience.

And they have quite colourful attires, unlike other bands where members dress according to their choice. They have one problem; they can sing and play, but they are not good at performance. Perhaps that can be blamed on the small size of the stage on which they perform. The band was started by Chris Ireland the former owner of Alleygators. He says, “It was because of the passion I have for music that I started Code 9.” The band is currently setting up a music studio to start recording its own songs.

Every Wednesday at Cayenne, Janzi Band composed of young talented musicians, takes fans on a smooth ride of Afro fusion. It was started by Abraham Sekasi, Steven Oundo and Jackson Kirya in 2009. The band fuses traditional with modern music. They are also good at jazz. Janzi is lively; they have really good beats and rhythm. They have a way of getting really ‘crazy’ while performing. Claudia Namazzi and Brenda Nankinga have really catchy vocals. Stephen Oundo, on the guitar and Hazel Granger on the saxophone are the band’s highlights. The audience here is corporate. But while the band is that good, the vocalists tend to sing like Ugandans who have been abroad for so long. They tend to sing with a fake accent.

Qwela is another entertaining band, that can be found at Emin Pasha every Friday and at Katch the Sun on Tuesday. The band is composed of young blood. Led by Joe Kahirimbanyi, Qwela composes its own songs which are mostly African Soul. Mwana Wanje is one of their best. It is the only band in town that creates and performs music with roots from the western side of Uganda. They do covers as well. Basically Qwela provides more of soul uplifting experiences, and the audience there is the kind that simply wants to sit back and listen to cool stuff without any disturbance.

Milege Afro Jazz Band is another worth looking out for. But Milege does not have a particular place where you can find them. They stage concerts once in a while. The band is one of those that plays fusion music and has passionate players with love for experimenting.

Before all these bands even planned to start, Soul Beat Africa was already entertaining us with unique world music sound. The band is made up of Herbert Kinobe, Michael Ouma (really good at the guitar), Allan Okia and others. Most members of the band are always on tour, and they don’t have a permanent place to perform. But Michael Ouma and Jude Mugerwa often perform with other bands whenever they get a gig, Ouma often with Qwela.

There are several other bands like Irene Namubiru’s Fusion Band that plays at Water Front Beach every Saturday, Sarah Zawede’s Zawee Band, Lillian and the Sundowners, Uneven (a rock band) and just recently Tshila launched an all female band, The Liquid Diamonds.

It is clear there has been a reawakened interest in live bands. But if you can remember, back in the days, in the late 80s and early 90s, popular clubs and bars had in-house bands. Places like Suzanna in Nakulabye, New Life in Mengo, Kololo night club now Ange Noir, White Nile Club, Apollo Hotel (now Sheraton Hotel) and others all had bands perform on regular basis. So, what happened to them? And, why are bands springing up so fast once again?

Tshaka Mayanja a music expert says it was hard to sustain a live band because not many could play instruments so, “People settled for playback events and miming. There just weren’t any good live bands on the scene apart from Afrigo, Simba Sounds and one or two others.” He says the return of bands was long overdue. “People have always preferred live music.”

He is optimistic bands will stay, because of the background of some of the instrumentalists, which is church, and the fact that some of them attended the same schools. “This has always been the case because the church and schools are good breeding grounds for good musicians,” he notes. He adds, “Bands are quite paying these days, many of these young folks can make some pocket money from playing live music.”

Moses Matovu an acclaimed artiste and director of Afrigo band says, “These bands are very good for the industry, they brings in variety, at least people now have an alternative.” He notes delightfully that even recorded music has improved greatly courtesy of the bands. “

The music industry will start selling music beyond our boundaries.” A wise word from him; “They have to rehearse a lot to maintain the quality. They will need discipline to stay up there.” So if are looking for pure entertainment, where no dirty dancer will step on your toes, you could try out one of these bands.

In this article:band wagon, Musicians 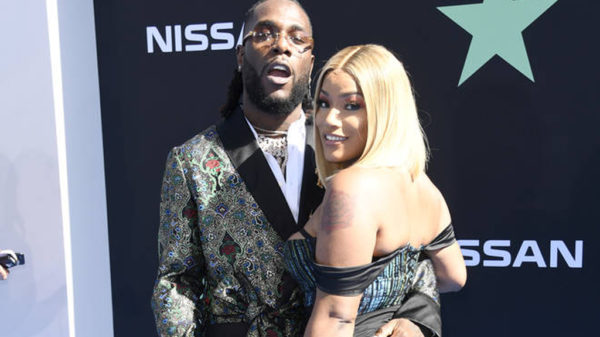 Celebrity couples usually split fanbases when they break up, and that has not been different for Grammy-winning Afrobeats star Burna Boy and his ex-girlfriend... 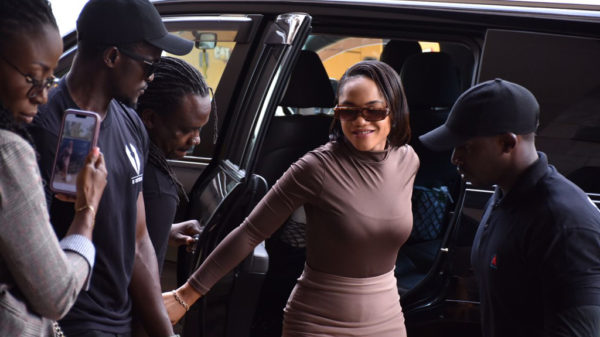 One of Africa’s biggest, contemporary worshipers and gospel artiste Ada Ehi is in town and will be performing at Lugogo Hockey Stadium this Friday....