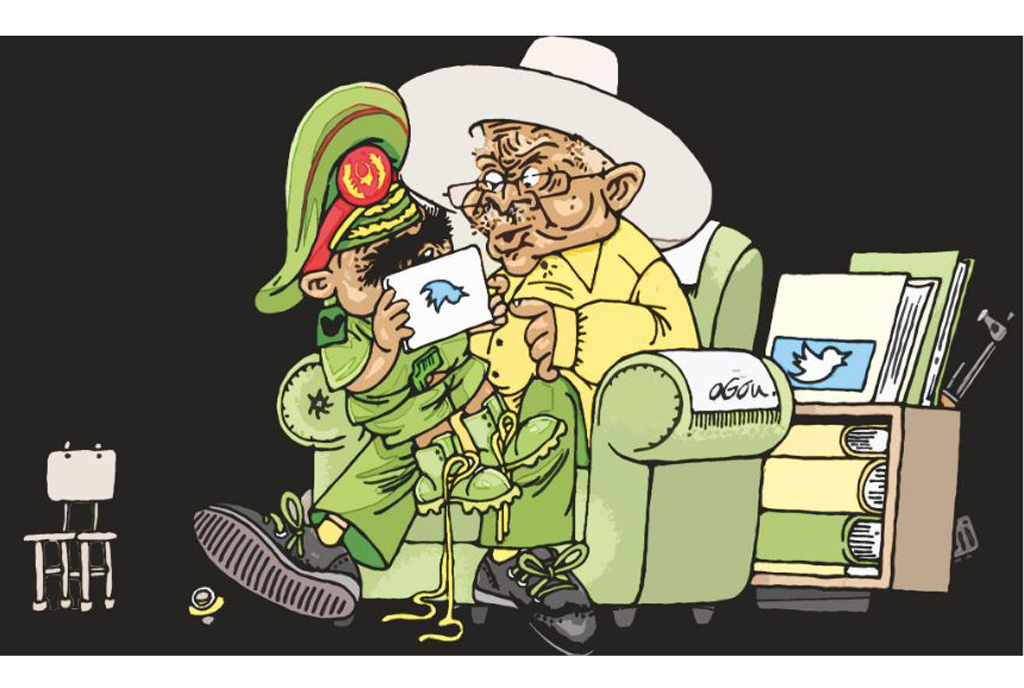 Uganda olemwa: Uganda is moving at a terrific speed. The only thing currently outstripping potholes in this country, is the birth rate. Ugandans are getting married, Ugandans are having children. It is one of those rare countries where most of the population is made up of children. Yes, the average age of Ugandans is 15 years. Do not ask about the President. We should not be discussing the issues of grandfather and grandchildren. We shall thus concern ourselves with the modern Ugandan parent.

1. The hustler parent
It is often said slavery did not end, it rebranded, got a new name, made conditions better and life continued. The modern Ugandan parent wakes up early in the morning, lest he or she is caught up in traffic jam. While in school, she often thought life after school would be simpler, there would be nothing like waking up for morning preps. On the contrary, school did not end for the Ugandan parent, it rebranded as ‘work’. The system changed faces but remained all but the same.
The modern parent leaves and returns while the children are asleep. Whatever happens in between, he has no idea. The department of raising children has been outsourced to the maids. The maids, too, are busy with soap operas. They too (probably children), have also chosen to outsource this job to the television, to the internet. And what more can the maids do? The children have the upper hand with the parents. The parents will always listen to the children for the report of the day.

The parents have sold out to the daily dollar. Money is everything. Of what use is it parenting children in poverty? Get that paper first. Hustle for the paper. The rest can be minded later. At least with the paper, the parent can throw these kids to a proper boarding school, and delegate the job to the teachers. But which teachers? The ones paid poorly? The ones that are in this field as a last resort? We got the most important job in the world, rebranded it as a job for those who have failed in other arenas, paid those in that job poorly and we expect wonders. The bad news is, Mama Natasha, Natasha is being raised by people you do not respect. By some internet celebrity, by some peers that are equally as confused as Natasha. But look for that dollar anyway. The end justifies the means.

2. The materialistic parent
To make up for his or her absence, the modern Ugandan parent has adopted a new love language. The modern Ugandan parent thinks in terms of materials. For he has no other way of expressing love, he thinks in terms of things. He will buy the kid the latest iPhone, pump the kid with big sums of pocket money. That is the version of love she has come to know.
And the Ugandan kid has become entitled to these materials. Add more Daddy! Add more Mummy! I am not to blame for your absence in my life. Make up for all the hours you give to your masters at work. Make up for all the times on the weekend when you put in those extra hours. We know more about our work colleagues than we do about our kids.
We know who is moving out with who, who is allying with who, but we know so little about our offspring. We are masters at office politics and completely clueless about the home affairs. Job well done, Daddy Keith!

Kids are being raised without mother figures, without father figures. These kids are growing up, finding themselves in marriages, having children and they have never had a template of what good looks like. All they know is that father is the person who returns home to shout. Mother is the person who makes up for all father’s faults. Where is the modern Ugandan parent? He comes home with a hangover. She comes home high on the latest brand of ecstasy. Who is confusing who?
Who is parenting who? We are in the age where children are parenting their fathers and mothers! We shall soon get there. We shall soon hit that point, the point of no return! And we shall all sing; “Siri Regular!”