How Swangz Avenue got the Kanye West production deal

Though Swangz Avenue is a record and production company with a good track record, many a man are still doubting the fact that they are going to be behind the production of Kanye West’s album, in Uganda.

The company is actually working with the American rapper on his Yandi album, courtesy of Tshaka Mayanja.

Tshaka Mayanja, a Ugandan reggae musician and music promoter says a South African company called Gearhouse South Africa, who wanted him to handle the production of Kanye West’s songs in Uganda contacted him.

“Gearhouse SA had recommended that “little ol’ me” would handle the project. So, in the morning, I called my “Muzzukulu mu kintu kino” Julius Kyazze and told him I have a project I believe would be a great experience for him, and more importantly, for Benon Mugumbya, who’s still involved in studio work. I’ve seen these two grow, one day their story shall be told,” said Tshaka in a post.

He added that Gearhouse South Africa being one of the biggest production houses in the world can do this job in their sleep but chose not to and handed it over to him, and being a good friend, he invited his colleagues to benefit from it and help their brand which in this case is Swangz Avenue, to go to the next level.

“Always wish the best for others and work with positive people whose eyes are focused on the prize. Share your light with others,” he said in his post. 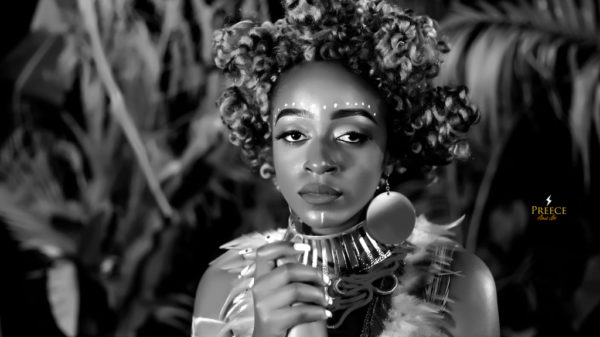 Swangz Avenue signed Zafaran a month ago but didn’t reveal her work immediately. The label wanted the right time to release her projects and...

Zafarani is the latest addition to Swangz Avenue

With the success of Azawi, Vinka, and Winnie Nwagi’s music careers under Swangz Avenue, the label added another artiste known as Josephine Nakyoonyi to...