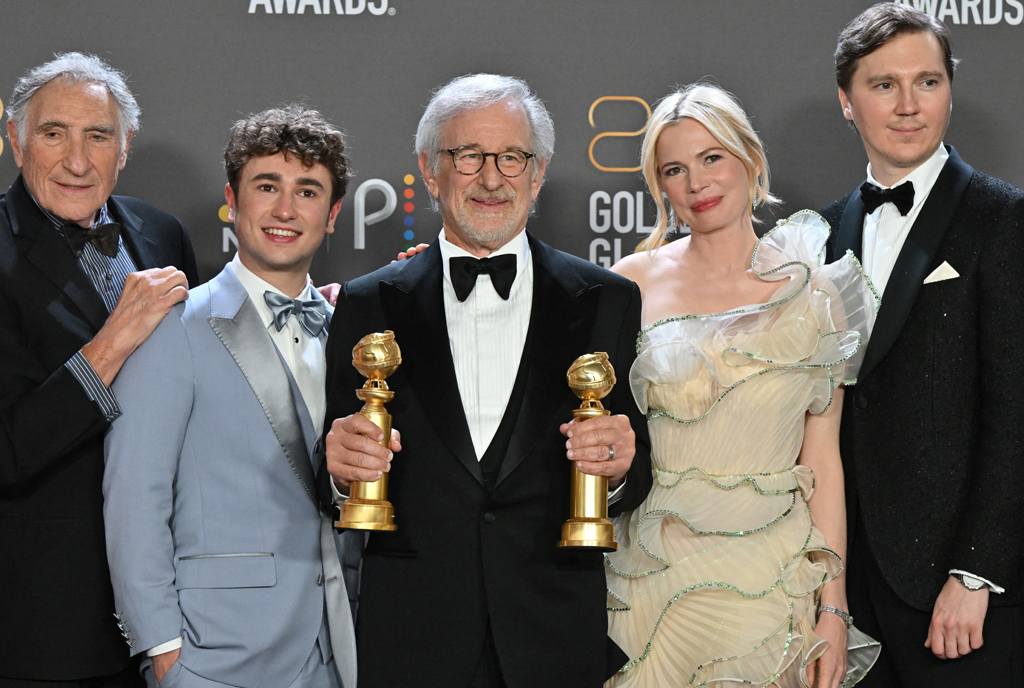 Here are the winners in key categories for the 80th Golden Globe Awards, which were handed out on Tuesday.

“The Fabelmans” won for best drama film and best director, putting Steven Spielberg’s semi-autobiographical movie in good position ahead of the Oscars on March 12. “The Banshees of Inisherin” won for best comedy film.

Best film, musical or comedy: “The Banshees of Inisherin”

Best actress, musical or comedy: Michelle Yeoh, “Everything Everywhere All at Once”

Best supporting actor: Ke Huy Quan, “Everything Everywhere All at Once”

In this article:entertainment, featured, Jeremy Allen White, The Fabelmans