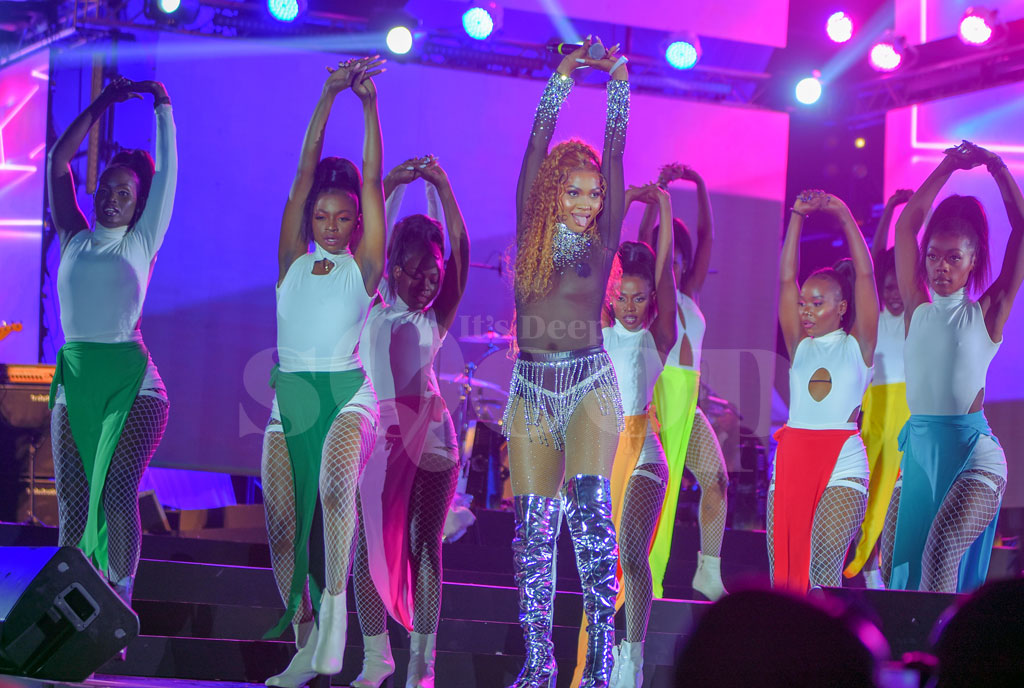 There were a lot of expectations ahead of Spice Diana’s concert as revellers anxiously waited to attend the show Kampala’s Lugogo Crricket Oval. 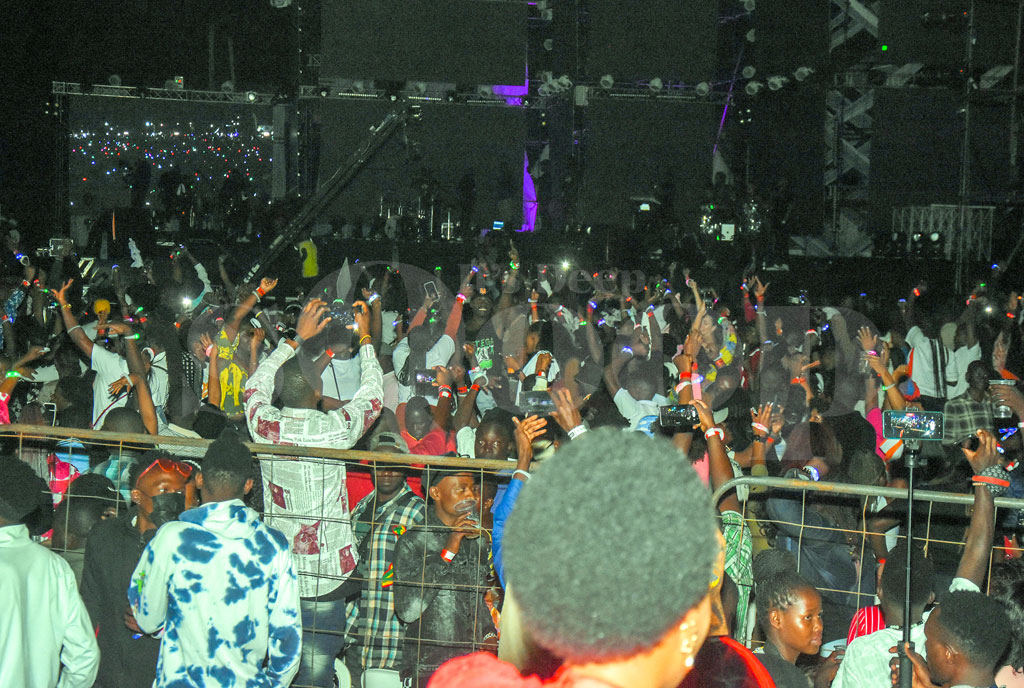 READ: I did not choose Cricket Oval to prove a point – Spice Diana

The build up to Spice’s performance alone left many anticipation.

Going by the number of revellers who showed up, the Siri Regular singer had a successful show. 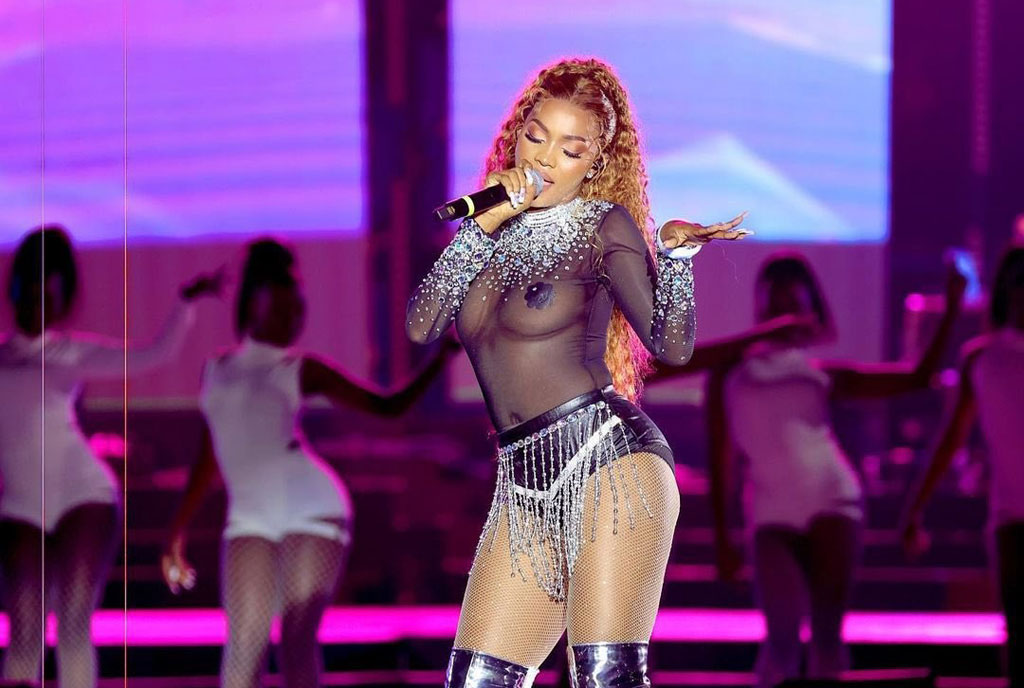 Besides the revellers who attended and ATS’ stunning stage that also worked to hype the show prior to the D-Day, the rest was generally basic and nothing memorable.

Spice made a grand step on the gigantic stage, sending into excitement but after about seven minutes of fireworks display, she climbed down on the runway to the stage. 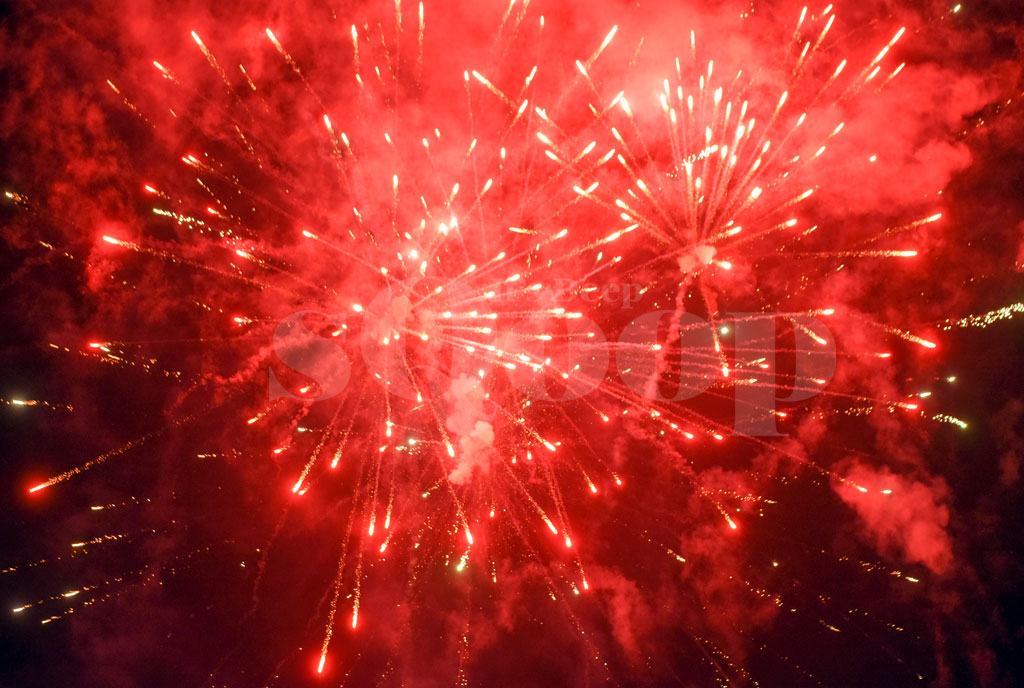 This reporter overheard a reveller’s rhetoric “Why had she climbed on the stage?”

The colossal stage itself was seemingly crowded with dancers, backup artistes and the instrumentalists.

Occasionally, Spice would disappear into the crowd on stage and would take anyone a few seconds to guess where she was. 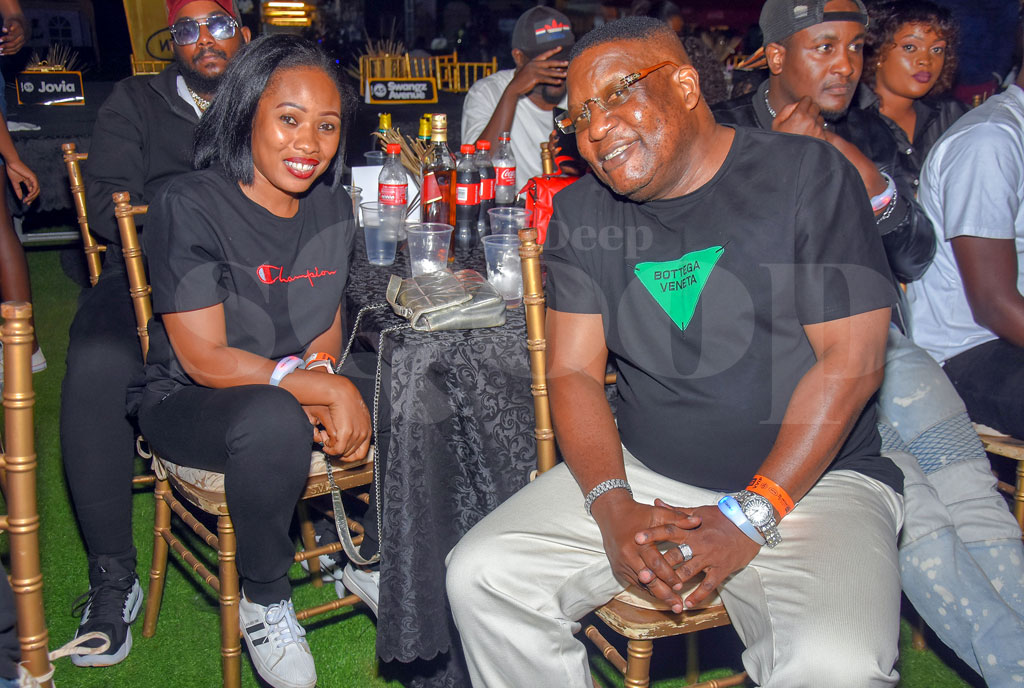 She had stepped on stage at around 9pm and kicked off her performance with songs like Gyangu Ondabe, Batutaade, Bajikona and 32, among others in her first session amidst relatively poor sound.

Shakira Shakira, Big Eye and King Michael stepped on stage as the 27-year-old music star was preparing for her second session. David Lutalo’s performance gave the show a boost with songs like Eatzote, Yankutude and Kabisi Kandagala. 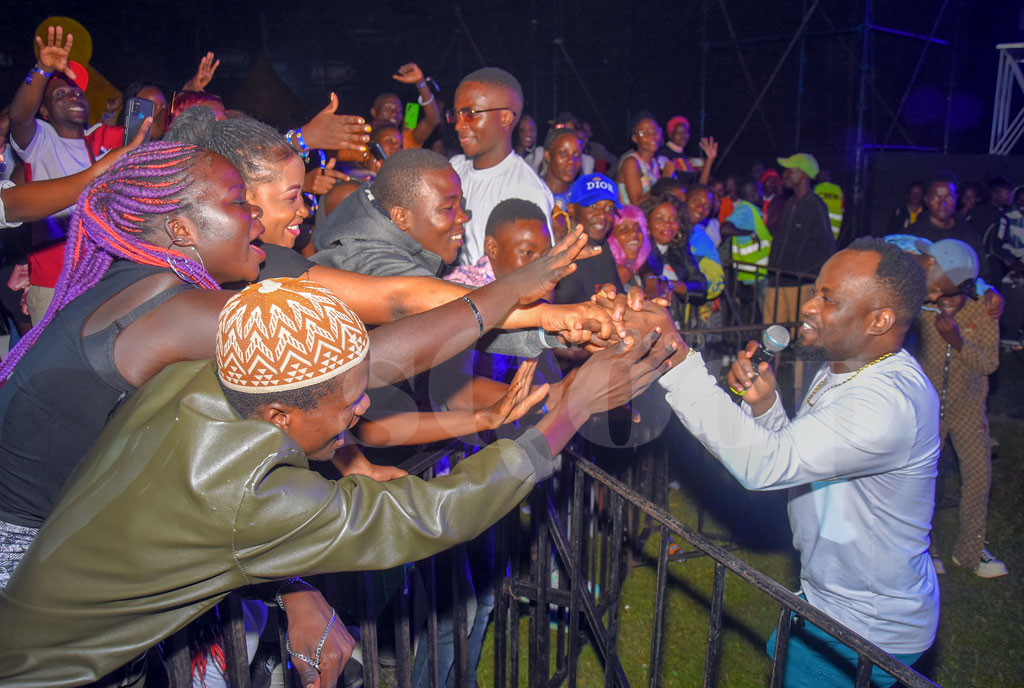 The woman of the moment returned to the stage at around 10:38pm with Ready and Now before acknowledging the revellers for turning up in big number. She continued with Kyuma, Mood and Emala featuring Omalingira Suuna. 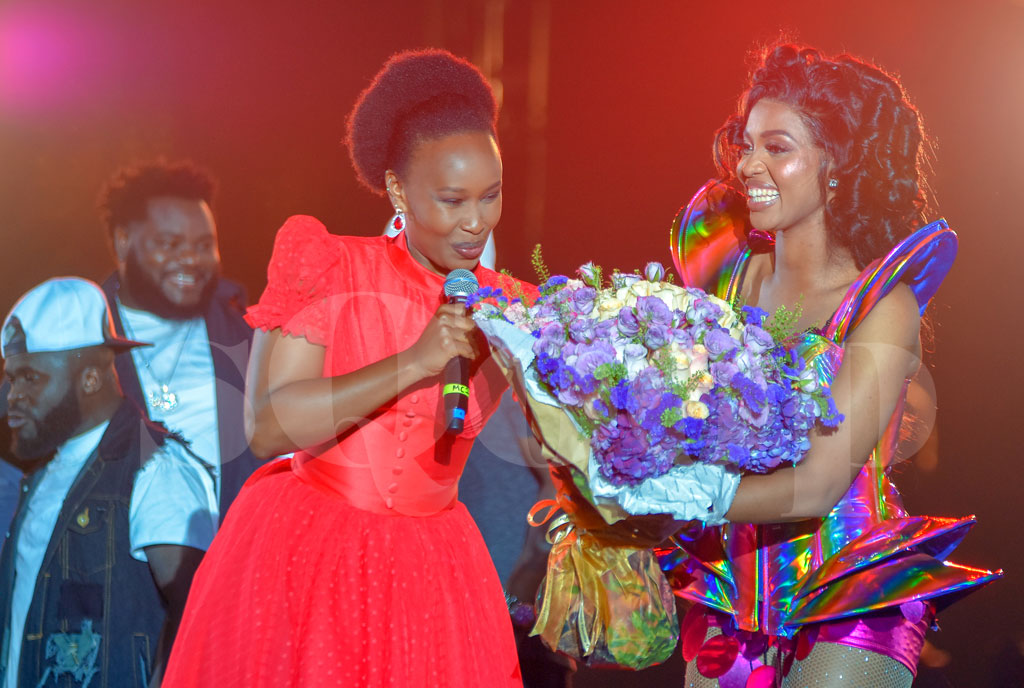 Barbie gifted Spice with a banquet of flowers as a token of appreciation for her charitable drives soon after a comical interlude by comedy duo Madrat and Chiko.

At this time, the show was at its climax with short performances from Mudra, Winnie Nwagi, Sheeba and Pr Wilson Bugembe.

In Spice Diana’s last session, she did songs like Tujooge, Kwata Wanno, Katujoge and lastly Siri Regular before she closed it at 30 minutes past midnight. 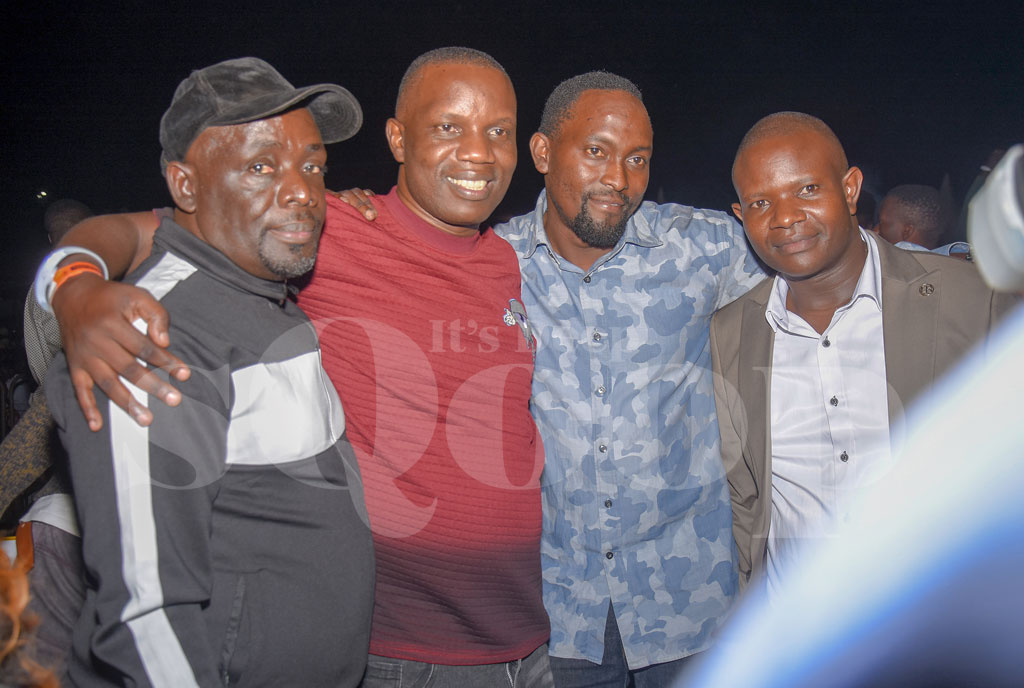 History has been made ??? my gadgets pic.twitter.com/M4EKwUbMhE