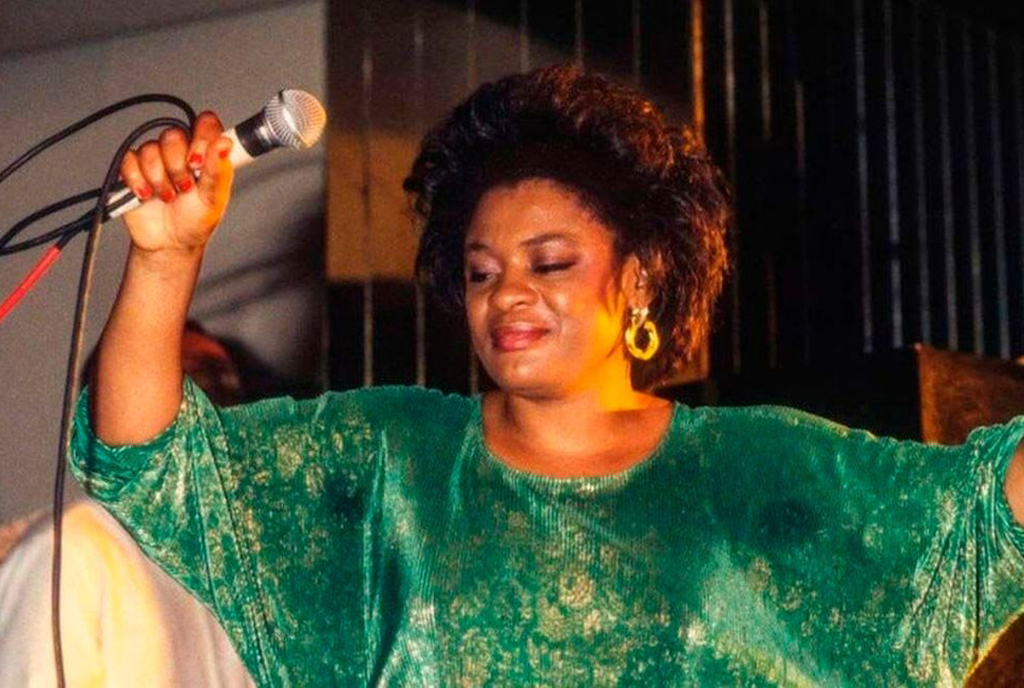 Queen of Mutuashi Tshala Muana during a performance. Over a period of three decades, Tshala captivated the world with Mutuashi, gyrating in ways that some conservatives considered too suggestive Photos | Courtesy

There are Congolese musicians in Kampala. Okay, let’s just say in Uganda. And they are not in hiding from Jose Chameleone as Ugandans have been asked to believe.

Steven Odeke, a society and travel journalist, once told this reporter that Chameleone had chased away the Congolese from Kampala. This was not entirely wrong; yet—paradoxically—it is wrong all the same.

“If Chameleone has chased away Congolese music, why would he still be a curtain raiser whenever Congolese musicians perform in Kampala?” this reporter asked Odeke back then. There was no answer.

Odeke, a consummate rumba fan, understood the irony—just as this reporter had underscored his point that the influence of Congolese music in Uganda had considerably waned after the emergence of Chameleone at the dawn of 2000.

But rumba is a time-tested music genre, one you can call the “good thing.” And good things do not just die. They can go away for a while, but they will always stick out like a sore thumb whenever tapped into attention.

And tap is exactly what public relations guru Sheila Kangwagye has done. The director of public relations, marketing and events management firm, SKPR, has partnered with Bugolobi-based Silk Events to stir the Congolese rumba in Kampala fans back to life.

“Partnering with Silk Events and serious rumba music lovers to do Legends Night, a monthly tribute to the greats of Congolese rumba music is a dream,” Kangwagye announced last week.

A rumba enthusiast who was weaned on the Congolese staple from listening to her father’s cassette, Kangwagye’s veins into the fabrics of Congolese music have run deeper—with a tinge of craziness to it.

She has fondly added the letter T as the initial of her first name. She is Tsheila among her close friends and family and she breathes Tshala Muana, the musician who inspired the “T” and for whom she wanted to feel a rare camaraderie in noun form.

“My closest friends know how I have loved her music since I was a little girl, even adding the T to my name just to be like her. And it stuck!” she said.

There is no prize for guessing who the first legend being celebrated is. On Wednesday, Tsheila is determined to bring Tshala back to life and she has brought together Ugandan-based Congolese musicians to make the Queen of Mutuashi live on.

The night will be headlined by Congolese-born Treasure Maza, who is currently picking his way up the charts with Afropop fusion, Nyegyera.

Congolese deejay Danny Maombi, aka DJ Nach Mao, says he will be there only to ensure the night brings the dreams into reality.

“The whole vibe will be Tshala and her generation,” DJ Nach Mao told Sunday Monitor.

Tshala, who died last December aged 64, was a Congolese rumba musician from the Luba ethnic group in Kasai province. She picked up her then unknown Tshiluba traditional dance, Mutuashi, and sold it to global attention.

Over a period of three decades, Tshala captivated the world with Mutuashi, gyrating in ways that some conservatives considered too suggestive. But she was too glam to give a damn. Outside music, she was called Mother of the Nation in the Democratic Republic of the Congo, but on stage, she drove her fans into a frenzy.

Tshala would perform three times in Uganda. Tsheila attended one, living all her childhood fantasies.

The last two Congolese musicians to perform in Kampala attracted enough revellers to show that their influence was eternally ingrained in Ugandans.

Awilo Longomba had left revellers literally begging for more at Kampala Serena Hotel in September 2019. Kanda Bongo Man had the same impact when he ushered in 2020 with thousands of revellers at the Sheraton Hotel gardens.

Treasure Maza might not be anywhere near Bongo Man or Awilo, but he is an apple that dropped from Congo, nevertheless. Like Amigo Atibu Wawawa, he can find his way around the Ugandan music milieu without losing his Congolese identity entirely.

But Maza does not really do the rumba by any of its names. Instead, he describes himself as an African musician who fuses languages and melts them in one cultural pot. His music fusion, he adds, seeks to unite the so-called Anglophone and Francophone countries.

Maza sings in a mixture of local languages and English.

For a musician of such a profile, a periodic event such as Wednesday’s Legends Night at Silk Lounge would suit him. He has previously done renditions of other Congolese greats and weaving into Tshala’s Karibu Yangu would surely bring out the best in him.

In years gone past, live bands were the thing. From Afrigo, the Cranes, and the Thames to the Ebonies, belting out Congolese rumba was so regular that Franco Luambo is said to have wondered why Afrigo, with all its craft and mastery of the art, was not doing more of its own original music instead of playing rumba renditions.

There were Congolese who were resident in Uganda. M’Pongo Love was once considered a ‘State guest’ in the 1970s. Bana Ngenge lived large in Uganda and Orchestra Makassy (led by Kitenzogu Makassy) started in Uganda before moving to Tanzania and disintegrating in Kenya.

Ugandan musicians like Sammy Kasule made names in rumba, while Philly Lutaaya is said to have sojourned with Franco in Kinshasa.

Lutaaya’s Likambo ya Falanga borrows from Lingala as he sings about the necessary evil that money is. 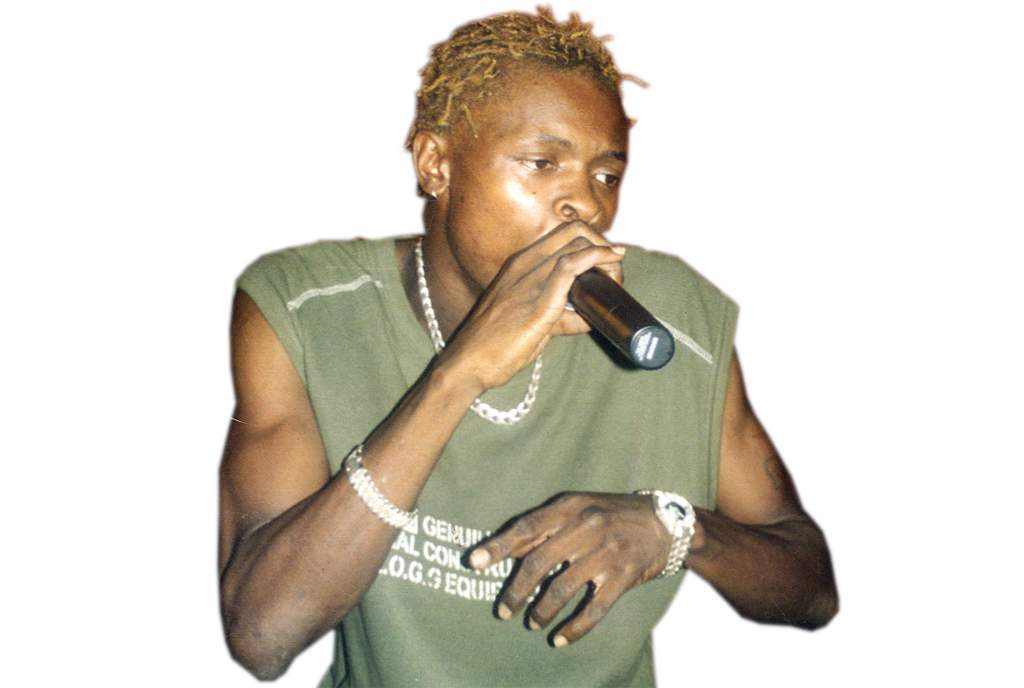 Jose Chameleone perfoms in the early 2000s. Some music critics say the influence of Congolese music in Uganda had considerably waned after the emergence of Chameleone at the dawn of 2000.

“I think Congolese musicians are so exigent with themselves. They put in a lot of effort to play the instruments correctly because there is a lot of competition in the Congolese music industry. I think musicians take it easy here,” says DJ Nach Mao, who is also a producer and managing director of Kwassa Kwassa Sound System.

As a man who started working in production studios in Goma in eastern Congo in his teens, DJ Nach Mao thinks he has understood the divides between the Congolese and Ugandan artistes.

“There is a beauty in Ugandan music that is lacking in Congolese music. Ugandans make party music, so they are focused on the good side of life. The reggaeton beats inspire happiness,” he says.

“Sometimes I feel like most Congolese musicians are a bit sad about life so they write music over that. It’s beautiful but sometimes not in the spirit of happiness.”

While the influence of Congolese rumba generally waned in East Africa, theme nights have kept the pulse strong. In Kenya, theme night is the fad, the vein that fills the void and keeps fans of Congolese music going.

Armed with live bands, theme nights can reproduce those nostalgic sounds and DJ Nach Mao, who is also a technician and sound production manager with Alliance Francaise in Kampala, says they have been practicing for the Tshala Muana tribute to bring life to her legendary status.

Tsheila has previously tried her hands at promoting Congolese musicians.

She brought General Defao for a concert in Kampala in 2016 and with the theme night up and running, it looks like a few living legends could get fans into the mood in coming months.