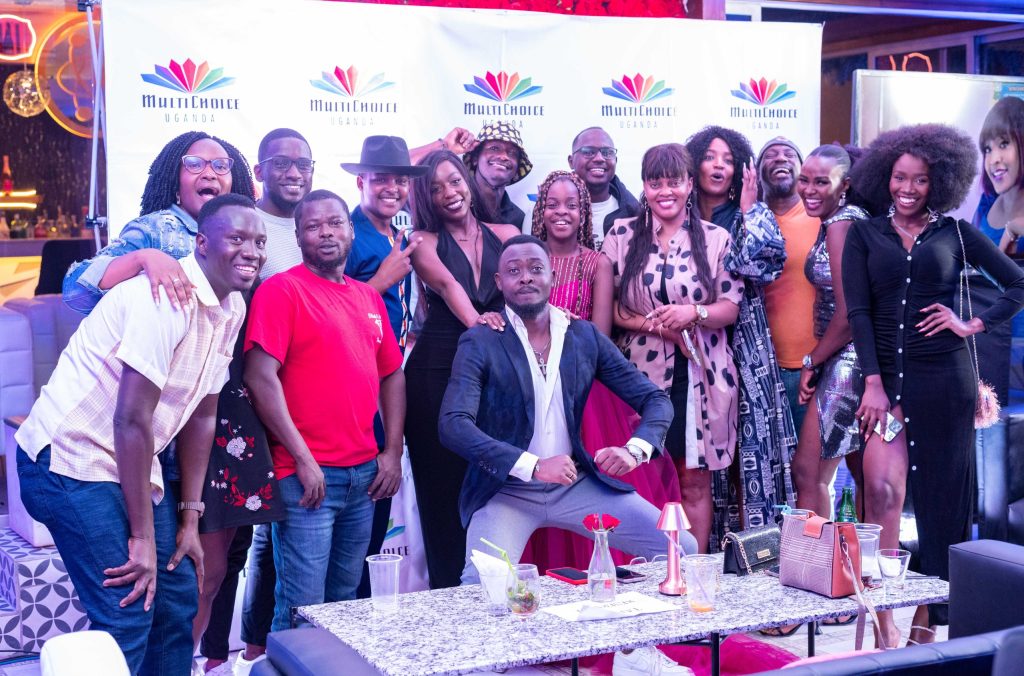 The cast of JDC at the launch party. This is one of the Ugandan films that were released in January. PHOTO | COURTESY

If there are people who started 2023 on a high, they are definitely Uganda filmmakers.

This has seen screen legends back on our screens, thanks to dramas and reality shows that cut across themes and topics.

It started with the flashy premiere of the Ebonies new TV drama, Urban Life. The show is directed by Eric Emokor, the director behind Nalwawo, a film that won Nana Kagga her first Best Actress award at the Uganda Film Festival. Emokor’s vision for Urban Life is to repurpose a story many Ugandans may be familiar  with, the story of a girl who leaves the village to Kampala to study or look for work.

It is almost the same story that made the Ebonies a household name in the early 1990s.

Urban Life tackles as many topics in the episodes, from human trafficking, cross generational sex to substance abuse. The story is such a busy one.

According to the executive director Uganda Communication Commission, Irene Kaggwa Sewankambo, it feels great seeing a group with a legacy such as the Ebonies launch on a platform such as Pearl Magic Prime.

“The Ebonies have been around for years and they deserve to be on a platform like this, it’s time for more Ugandans to enjoy the best of them,” she said.

The Ebonies’ premiere of the film at Theatre La Bonita was attended by more than 400 fans and guests of the group.

But that was just the first premiere. In January, more shows have been debuted such as a children’s drama, JDC (Junior Drama Club), written by Nisha Kalema, directed by Allan Manzi, the show boosts of a stellar cast of Natasha Sinayobe, Malaika Nnyanzi, Moses Kiboneka alias Uncle Mo, Gaetano Kaggwa and Sammy Wetala. The show brings out the  lighter side of most of these actors and while at it, creates a new generation of actors with the youngsters.

The show was initially pitched at the beginning of 2021, a pilot of it was then shared on YouTube with the singing duo of Esther and Ezekiel Mutesasira and co-leads. However, later, when the duo relocated and a change in a few things in the story, they had to be dropped.

At the moment, only two episodes have been aired and it is clear neither the children nor parents onscreen are there to play.

Other shows that have since premiered include Take Me Back, a show hosted by radio personality and comedian Emeka, while Anne Kansiime too has a chance to grace TV screens again with a reality show Kan See Me.

Besides the shows on Pearl Magic though, some Ugandan actors have been making strides elsewhere. For instance, singer and actress Ruth Kamanzi was part of a Kenyan Christmas drama, A Familiar Christmas that debuted in Nairobi at the end of the year.

In other streaming gifts though, if Loukman Ali’s Girl in the Yellow Jumper was the first Ugandan film on Netflix, on January 27, he is going to become the first Ugandan director to have a film on Amazon Prime.

Last year, the director was in Nigeria filming an action heist film, Brotherhood and news coming from that side of the continent is that the film will premiere on Amazon Prime at the end of this month.