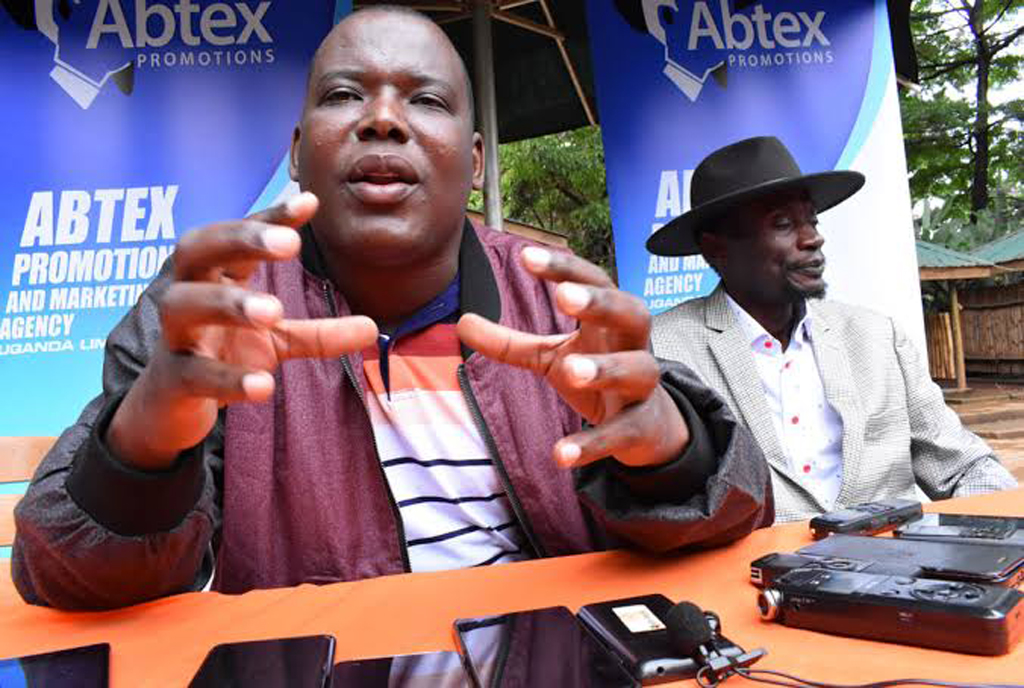 Uganda Promoters Association on Wednesday shared a document stipulating the sum of money each artist in Uganda should be booked for.

The document was signed by events promoter Andrew Mukasa alias Bajjo, the National Coordinator for National Promoters Association. The document lists Bobi Wine as the most expensive artist in Uganda with a booking price of 20 million. David Lutalo comes in second place at 6 million, Sheebah Karungi at 5.5 million, Eddy Kenzo at 5 million, Jose Chameleon, Winnie Nwagi, Rema Namakula, and Juliana Kanyomozi at 4 million, Spice Diana and Mesach Ssemakula at 3.5 million, King Saha and Fik Fameica at 2.3 million, Ykee Benda is at 2.2 million, Grenade at 1.5 million, Ronald Mayinja at Shs 200,000- Shs 400, 000 among others.

It should be noted that during a meeting Chameleone held with his management on New Year’s Eve, the artiste instructed his managers to book only shows that can pay him $2700 which is about 10 million and it comes with an extra fee.

According to counsel Louis Lwanga, a media law practitioner, the document is a stunt as no law exists to regulate earnings in the performing industry.

“An obvious social media stunt. Hiring a performing artiste of any kind is contractual between parties. No law or governing body exists to regulate earnings in the performing industry anywhere in the world, except guilds and Unions that set minimum standards of remuneration,” he said.

The booking price list has left musicians feeling insulted and arguing that Bajjo had no right to bring the list to light because promoters don’t know what it takes for artists to build their music careers.

Musician Cinderella Sanyu alias Cindy, the president of the Uganda Musicians Association (UMA) had no kind words. Through her social media, she told off the promoters and advised them to bite what they can chew. “If you can’t afford an artiste, don’t hire them. You can’t force an artiste to step down to your standards,”

The list has also had entertainer turned politician Kato Lubwama furious. He says the list of characters assassinating and adds that some musicians like Jose Chameleone are worth 50 million and there is no way Ronald Mayinja could be booked at Shs 200,000. Kato believes the list is to worsen the situation of musicians who are living in denial. Kato Lubwama further advised promoters to sit with artists for a mutual understanding of how both parties can earn from the industry without putting each other down.

Speaking to Spark TV, Promoter Juma Waswa Balunywa of Balunywa promotions advised musicians to restructure their performances with bands and teams so that the high charges are worth the service. He says the matter was not brought to the public to fight the performers but rather to show them that the promoters are experiencing losses.

He exposed the musician’s tendency of hiking paychecks when they cannot deliver live band performances or facilitate other service providers they work with during performances.

“Musicians like Pallaso ask for 20 million, you cannot move Musuuza (Eddy Kenzo) if you don’t have 10-15 million. Sheebah asks for 7 million,” he said.

Adding that many times the musicians have failed to influence crowds worth the booking money at venues. “Someone asks for 13 million which is equivalent to 1300 people who pay Shs 10,000 as an entry fee. The artiste who asks for that much doesn’t have a guitar or any other instrument. You invest in so much including advertisements and musicians end up performing on a CD,” he said.

Balunywa added that musicians usually don’t have enough fans to cover the show expenditures and explained that it is the reason why promoters book many artists so that numbers get covered.

Also to keep up with the booking prices of musicians, Balunywa said entry fees are going to move from Shs 10, 000 to Shs 20,000 and above. The proposal has been seconded by Musician Mesach Ssemakula who said it will help promoters deal with the many expenses that come with organizing shows and concerts.