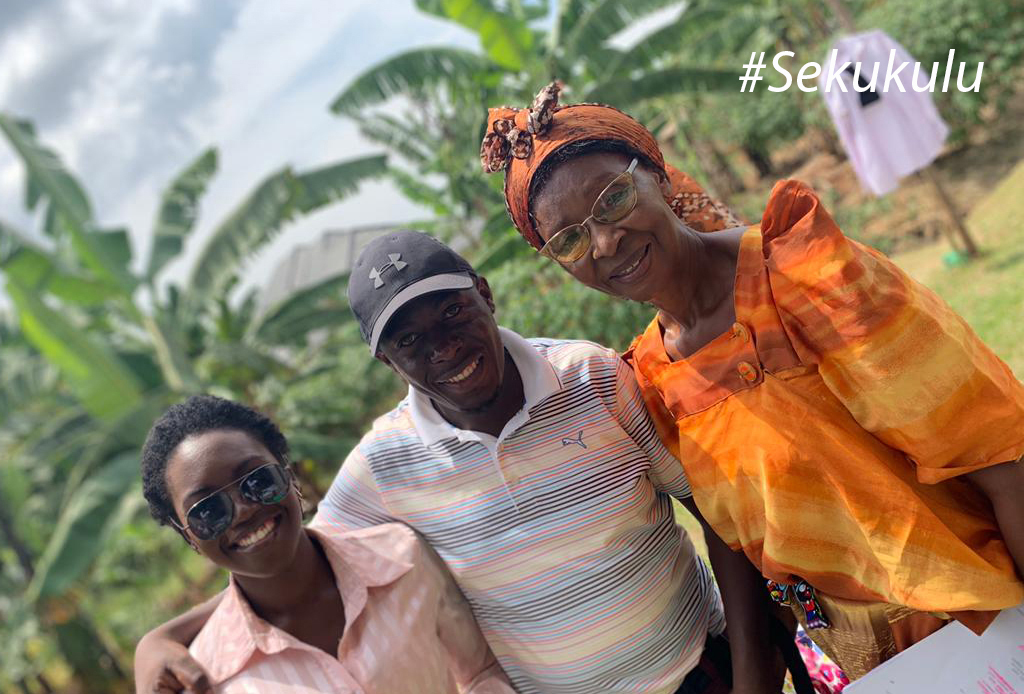 Film maker Henry Ssali of the Kiwanyi fame is back in business with a production titled Sekukulu. The film about a typical Ugandan family that heads to the village for Christmas and the drama that ensues from the clash of characters.

Sekukulu boasts a rich cast, including Sarah Kisauzi, who acts as the sly aunt trying to link her cool Kampala nephew (played by Moses Kalule of Capital FM) to a village belle (Honourables’ Daisy Owomugisha).

Ssali (centre) shared on his socials that he was inspired to do the Sekukulu movie because there are thousands of Christmas movies from around the world but none represents the Ugandan spirit of Christmas.

This is Ssali’s third film after Kiwani:The Movie and Bullion. We have heard that filming wrapped up recently and the film is now in post-production, to be released this December and hopes to achieve the status of the visual celebration of Ugandan Christmas, the way Philly Lutaaya’s music does.