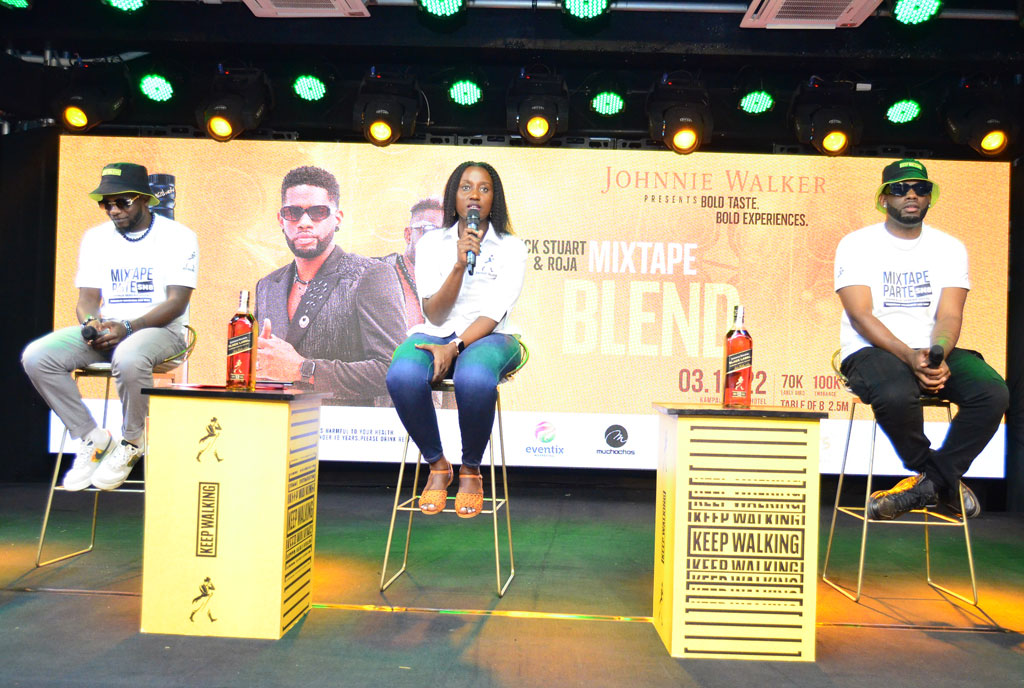 Deejay duo Roja and Slick Stuart are gearing up for the eighth season of their mix tape party now dubbed ‘Mixtape blend.’

With the event happening Thursday at the Kampala Serena Hotel, the pair Monday evening said “they wanted to change the mindset of Ugandans that shows can still happen on any other day of the week and not necessarily Fridays, Saturdays or Sundays.”

“Our ardent fans will still come through for the show not because it has been held on a week day but to have a good time and experience,” they said at a press conference in Kampala.

Headline event sponsor Johnnie Walker has pledged a massive deejaying showdown that corresponds with the Mixtape Blend and the duo’s contribution to Uganda’s music industry.

This partnership, organizers say, “explains the change of the event name from The Mixtape Party to a more exciting and creative ‘Mixtape Blend.’

DJ Slick Stuart and Roja have laid the foundation for the evolution of the deejaying industry in Uganda, with a unique turntable flair style by two people at ago.

Their domination of the sound tastes has seen them blend to become some of the most sought-after DJs, entertainment spots, events, as well as television and radio stations.

The two also joined the music industry and have collaborated with some big names on hits like Very Well (with King Saha), Kigwa Leero featuring Jose Chameleon, Eva with Ykee Benda, More of This with Rema, and Sunday (with Toniks), among others.

A few days ago, the duo announced that celebrated South African DJ Felo Le Tee, of the Dipatje Tsa Felo fame, will be playing at the Mixtape Blend.
Early bird tickets to the Mixtape Blend are going for Shs70k but will go for Shs100k at the gate.
A table ofeight goes for Shs 2.5m. Gates will be open at 5pm.