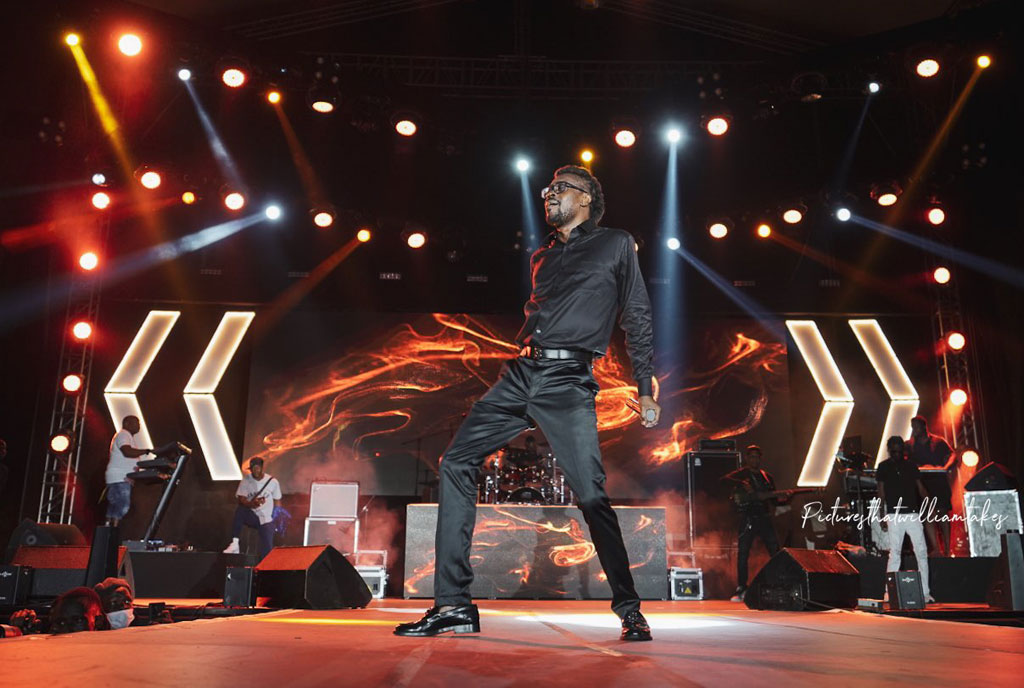 At 50, Beenie Man still has it in him. PHOTO/COURTESY

Kulosa by Oxlade is one of the biggest songs in Uganda right now, but despite ar-riving in Uganda on Thursday for the ‘Big show’ on Friday, the Nigerian artiste was a no-show.

He was, however, not the only missing act as even South African rapper, Focalistic, did not come through to the poorly-advertised show headlined by Jamaican ar-tiste, Beenie Man.

Oxlade came out with a statement, blaming the promoter for failing to honour his part of the deal.
“Promoters need to learn to do the right thing when booking artistes. You invite an artiste to perform at your event, you were given a booking agreement which you duly signed, then you refuse to honour your part of the contract and not pay me as when due?” read part of Oxlade’s statement.

With the absence of both artistes, the crowd felt cheated. Not after parting with Shs150,000 for ordinary and Shs3m for VIP. Many were seen sticking around after Beenie Man’s performance with hope that perhaps the Nigerian and South African were coming on next. Some sang Oxlade’s songs while others waited patiently, eyes glued on the stage.

After 20 minutes of waiting with the stage darkened, their patience ran out. Disposa-ble cups were thrown onto the stage, which impelled the organisers to deploy bouncers in front of the stage to restore order.

Their presence played a big role, otherwise a lot of property might have been de-stroyed.
Shortly before that, Beenie Man had given his all too, perhaps to make up for his last performance in Uganda.

In 2009, Beenie Man performed in Uganda at Kyadondo Rugby Grounds but there was nothing to write home about his perfor-mance. He spent most of his time on stage expressing anger at a soft drink company that had sponsored the event.

Last Friday evening, he returned to Ugan-da and put up a good performance, espe-cially for the dancehall lovers, who were seen dancing vigorously to every song he did.

His performance lasted an hour, having come on stage at 11:05pm and he started off with Let’s Go before taking the audi-ence earlier in his career with Let Him Go, Tell Me, mixing it up with Mr Notch’s Nuthing Nuh Go So and then his collaboration Hot Hot Hot with Arrow and Back It Up.

The self-proclaimed king of the dancehall then did covers of Murder She Wrote by Chaka Demus and Pliers, Back and Proud by Mr Vegas, his Dance Hall Queen alongside Chevelle Franklyn before tickling the audience with Who Am I and King Of The Dancehall, inviting two dancers on stage.

Even at 50 years old, Beenie Man’s stage presence was felt with his different dance strokes, interaction with the crowd and co-ordination with his band. He was, however, not as fit as he used to be back in the day as he sat on the speakers to catch his breath and rest a bit every 20 minutes.

Before Beenie Man, performances kicked off at 9:30pm and we understood that the delay in payment was what stopped other artistes from coming on stage earlier.

Being his first concert to organise, Michael of Top Boy Entertainment showed he has a lot to learn in this field. The event was poorly organized, which led to a poor turn up and many people with tickets were bounced.