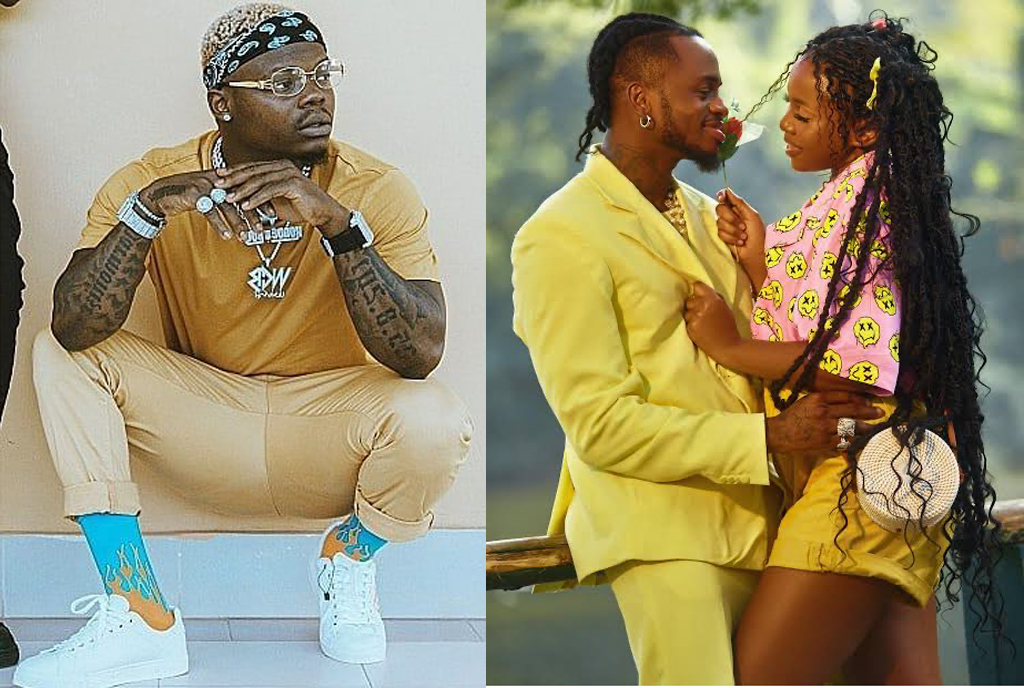 The war between Tanzanian Bongo Flava singers Harmonize and Diamond Platnumz is not about to end. When the former quit the latter’s Wasafi Record Label after a bloody contractual dispute, the stage was set for a new beef between Diamond and his protégé. Interestingly, their most recent misunderstanding comes from a musical contract as well.

Harmonize took on artistes under his record label, Konde Music Worldwide, and Anjella, the only female among them is allegedly being kicked out by Konde Boy. People from Diamond’s camp, like Baba Levo and former Harmo Ally Mwijaku accuse Harmonize of denying Anjella the rights to her music and all digital platforms; asking her for money she clearly cannot raise.

The ‘Inabana‘ hitmaker did not take these allegations kindly.

“I am here watching people talking sh** about me and my sister Anjella, I don’t really care. LOL! It is funny how when I supported her and respected her as my sister; not touching her inappropriately, like the other n****(Diamond) who gives them money to insult me does to female artistes, no one opened their mouth. “Today all these lapdogs are yapping. I met Anjella when she had lost hope, but had a dream. I did not think about any amount of money, I just believed that since there are people who support me without paying them a cent, they would support her too. I only looked at the dreams of the girl child and tried my level best. I know people more able than I am, given that I only started recently. If there’s someone who can help her continue with her talent, that is a relief for me. Claiming that she owes me money is a lie, I never asked for a cent,” the Konde Gang boss vehemently denied it.

Diamond did not respond to this attack, but Zuchu, the songbird Harmonize had mentioned, came out in full gear. It is an open secret that the 28-year-old ‘Sukari‘ singer is in a romantic relationship with her Wasafi boss,

“If only you could shut up, so that we can ignore you and your burdens(musicians) that you decided to carry,” she ranted pointing out how Harmonize has failed to manage musicians in his record label, with 4 of the 5 signees; Country Weezy, Anjella, and also Cheed and Killy who were both previously under Ali Kiba, being shown the exit door.

It is ironic since Harmonize is being accused of the same things he was subjected to by Diamond in 2019 when he sought to leave Wasafi. After four years of branding, good music, and quality management under Diamond’s label, Harmo had become one of the top three names in Tanzania’s music industry, just behind his boss and Ali Kiba, and wanted to start his label. Diamond did not like this, and set unrealistic conditions and fines for him to pay and it was not until the Late President John Pombe Magufuli intervened, that Harmonize was released from his contract. He was still forced to sell his two houses to raise the 500 million Tanzanian shillings (Shs 810 million) required to buy himself out of the contract and own the music he produced under the label.