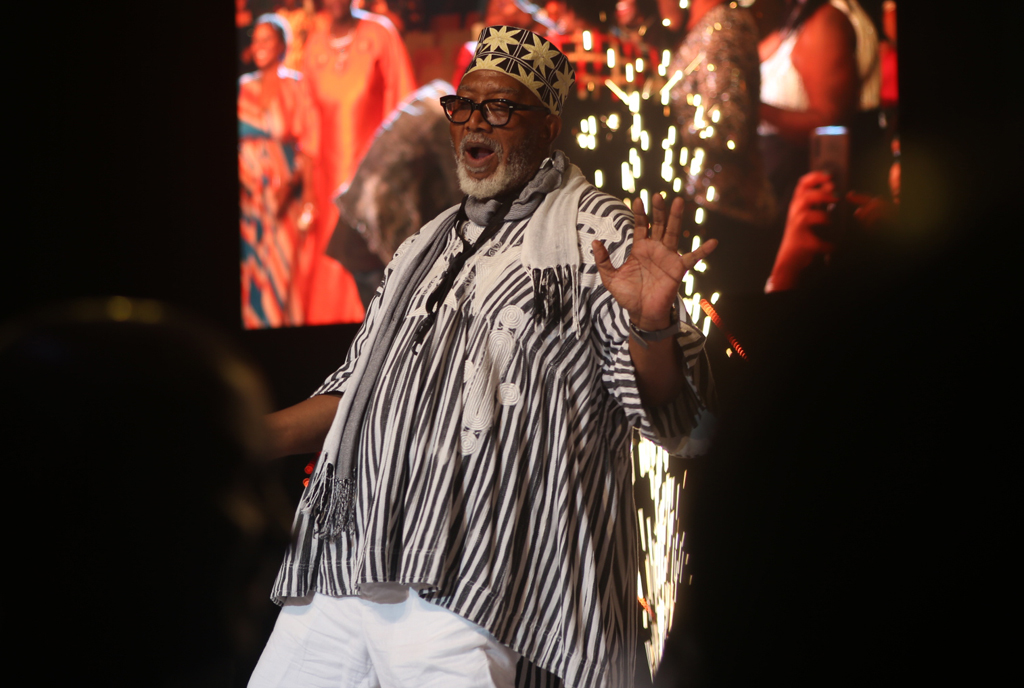 At 70 years, Sipho still has the energy on stage. Photos | Andrew Kaggwa

It is hard talking about South Africa and their contribution to culture without names such as Brenda Fassie, Chaka Chaka, Lucky Dube, Miriam Makeba and Hugh Masekela coming to mind.

Unlike the three though, Masekela was not an ordinary singer, he was a trumpeter whose music in many ways would be categorised in a genre.  But the man hated genres, he preferred calling it plainly music.

One person in Masekela’s league, who for some reason has never been to Uganda for a show, may be Sipho ‘Hotstix’ Mabuse. With a rich catalogue of songs such as Burn Out, Shakilisha and Jive Soweto, his songs made many dance as children yet many do not know the name or face behind the songs.

At 70 years, Sipho is one of South Africa’s golden generation artistes who  is still active. Like Bra Hugh, he prefers to call what he does music even when most people border him towards jazz, Afro funk and alternative music.

With years of performance and an illustrious career, he has lived. The man who started out as a drummer plays most of the instruments on his sets and still manages to hit the mic as well.

Flute, piano, saxophone, kalimba, alto flute, timbales and African drums all feature at some point in his repertoire, all played with the respect each deserves.

It is not a surprise that he has performed at almost all prestigious stages the continent and the world have to offer.

On Saturday at Kampala Serena Hotel, Sipho joined the Gayaza High class of 1990 to celebrate 117 years of the school and in the same way fundraise for an administration block.

But on the sidelines of the night, there was more than celebrating 117 years of existence. According to Geraldine Ssali, one of the organisers, planning for the event had started before the Covid-19 pandemic. After being slowed down, they regrouped this year to make the celebration happen. 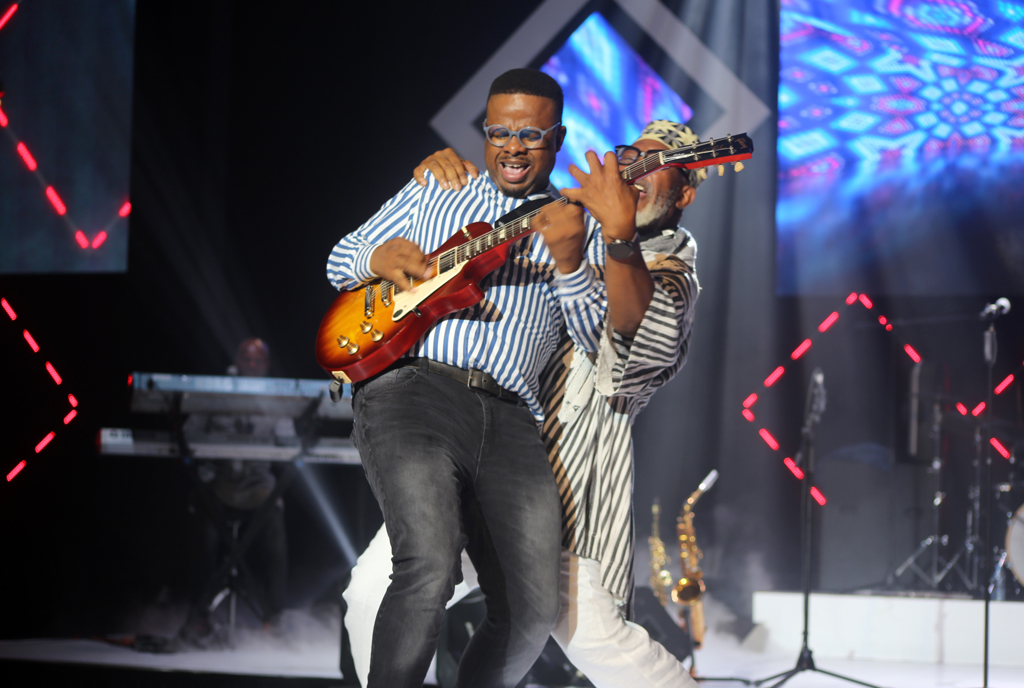 The energy and chemistry between artiste and guitarist.

With this, they made sure they honoured some of their revered old students who have made a mork on both Uganda and the world. These were people such as Joyce Mpanga, who was also the school’s first African deputy headteacher. Former presidential candidate and first lady Miria Obote, Rhoda Kalema and Princess Elizabeth Bagaya, among others.

A model who was also Uganda’s first female lawyer, Princess Bagaya’s influence crosses from the office, runway to the screen. For instance, she was the first woman of colour to be on the cover of fashion magazine, Bazaar.

But of course, she has appeared in films such as Things Fall Apart, an adaptation of Chinua Achebe’s book and Sheena also based on Morgan Thomas’ book Queen of the Jungle.

In the spirit of celebrating her achievements for the creative economy, talent agent Joram Muzira produced a fashion show that brought to the fore designs by various designers, models as well as old students and some of their children.

But the biggest moment of the night had to be Sipho, invited to the stage by media personality J Kazoora, who did the hosting alongside Cotilda Inapo, also an old student.

Clad in white pants, a black and white fabric shirt, Sipho started by thanking all those who have been responsible for keeping Gayaza High active for 117 years. He talked about their role as artistes in preaching hope and justice.

“Tonight is one of those days when our conscience, your conscience, has made it possible that we work hard for a school that has developed young women for 117 years,” he said.

Since a big number of Ugandans at Serena may not have been familiar with his catalogue, the energy levels in the audience hardly marched those of Sipho at a festival, yet he managed to juggle his selection with a number of classic covers and interactions.

He eventually played the Soweto Jive, his most reknowned song in Uganda and later played Zanzibar, mostly known by cult followers of his music.

It was expected that he would close the show with Burn Out, which most people learnt on the floor that it was his song, yet he did two more songs, including Shikisha, which closed the night.