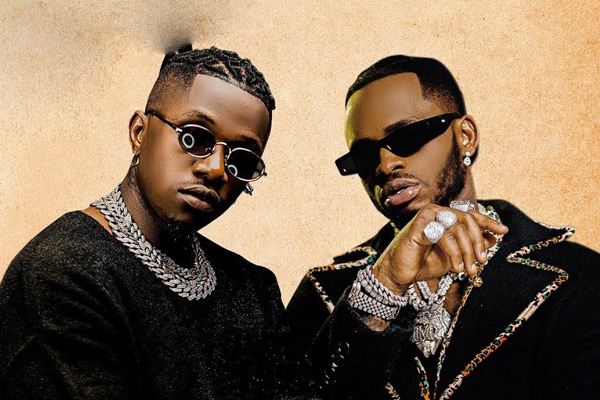 Artiste management is not easy as most musicians start very humble, broke, and unknown, but leave their managers as soon they attain some fame. They usually do this at the first sight of big money, before the manager can even get back a return on his investment.

Diamond Platnumz has had a particularly tough experience; after his Wasafi Record Label lost Rich Mavoko, Harmonize, and recently Rayvanny; amidst serious contractual battles. Rayvanny had seemed to be the only one to leave peacefully among the three, and he even started his label with the support of his management, before announcing his departure to the public. Diamond even made a farewell Instagram post for him, but dust was raised when rumors started circulating that the “Mwaga” singer had not managed to raise the money required to terminate his contract, and therefore all the music on his YouTube and other digital platforms was still the property of WCB Wasafi.

Platnumz has always been accused of taking advantage of musicians by giving them unrealistic contracts, so the rumours did not help his relationship with Vanny Boy; and the two suddenly stopped reacting to each other’s posts on Instagram, even though they were pretty close initially. For self-booking and performing at singer Nandy’s show, Ray was allegedly fined 50 million Tanzanian shillings (Shs 80,000,000) by Wasafi, which angered his fans a great deal.

The animosity did not last long though, as the ‘Tetema’ hit-making duo later appeared to have buried the hatchet. Diamond congratulated Rayvanny on his win in the DIAFA awards held in Dubai. This was good news to both their fans, however, no one could predict that they would be making a song together any time soon. Simba(Lion) and Chui(Leopard) as they respectively call themselves, have released a song titled ‘Nitongoze’, which is Swahili for “Hit on me”.

Backed by an Amapiano track sound, each of the two men sing about nursing a breakup with alcohol, and the ambiance of the coastal beaches of Dar-es-Salaam. Diamond then goes on to say to a random female in the chorus, “Do you want me? Do you need me? Then just hit on me”.

It is not clear yet if Rayvanny will stay in Wasafi, but Diamond getting him back on his side is a breath of fresh air for the WCB boss, in a period filled with constant fights with his former protégé Harmonize.