A Grammy award is calling; how big of a deal is it?

If their song wins a Grammy, so much will change for the producer, Asteyn (L), and Eddy Kenzo.
Photos | Courtesy

If there is one person who has owned the past two weeks on social media, it is definitely Eddy Kenzo.

To imagine that a man went from organising a very successful festival with his name, cried on Monday, in a press conference and was nominated for a Grammy award on Tuesday, wow!

On any other ordinary day, the Grammy awards nomination night was one of those things that were easy to miss. After two years of the awards in a pandemic limbo, a decreasing audience on the live broadcast and a backlash from big artistes who believe that the Grammy awards idea is washed up and no longer makes sense.

But before we get here, we need to understand what the Grammy awards are.

Shaped like a gramophone, a Grammy is an award given in recognition of one’s outstanding achievements in recording and the music industry in the US.

First awarded 63 years ago, on May 4, 1959, the award was initially called the Gramophone Award. The intention was to honour artistes’ accomplishments for the year 1958.

But the story of the awards had started earlier. The Walk of Fame was compiling artistes to give a star on Hollywood boulevard and noticed many good artistes did not qualify. They deliberated to create an industry award to recognise annual achievements of artistes the same way the Oscars and Emmys were doing for film and TV respectively.

Today, the Grammy alongside the Oscars, Emmys and Tony Awards are the four biggest entertainment awards in the US, honouring achievements in music, film, television and theatre respectively.

Over the years, the Grammy event, also known as music’s biggest night, has given out thousands of awards. Originally they were 28 but as of 2022, the awards have 91 categories.

For years, the Grammy awards were influencers of music tastes, they set the agenda of what people listened to. When songs won a Grammy, their sales would spike, which made the night a validation of some sort for artistes.

However, with digitisation and new ways of releasing and distributing music, the music academy started losing the influence.

With music moving from CDs and other records such as vinyl, people started making their own music selections without necessarily buying an entire album. Pop and rap music that Grammy awards had always overlooked for major categories such as Best New Artist, Record, Song and Album of the Year started dominating charts with or without a Grammy win to the artiste’s name.

Today most artistes do not care about winning a Grammy, let alone being nominated. In 2019, for instance, Drake during his acceptance speech noted that the academy was useless and thus people have to strive to impress the fans.

In 2021, Drake had his album withdrawn from all the categories he had been nominated in, including Album of the Year.

He joined a long line of people who have in the past called out the prestigious show, such as Nicki Minaj, Naomi Campbell, Kanye West, Franck Ocean, Jay-Z, The Weeknd and 50 Cent among others.

Most of these have criticised the academy for not understanding music that is not ‘White’.

Eddy Kenzo was nominated for the Best Global Music Performance for the song Gimme Love where he is featured by American RnB artiste, Matt B.

The category’s best winner, along other winners such as Blacksmith Mambazo and Youssou N’dour always argued that the World Music tag did not make sense for everything non American.

In 2021, it was announced that the category had gone through a name change and had gotten a song category to expand on the ‘other’ artistes that can get a nomination.

The category in its present form, like in the past, recognises achievements in music from other parts of the globe but above it all, sounds that are non mainstream, European and western sounds.

The category has, however, failed to transform with the times. For instance, it has in the past been dominated by non-Americans, even when what they do is mainstream hip hop or Rn’B. 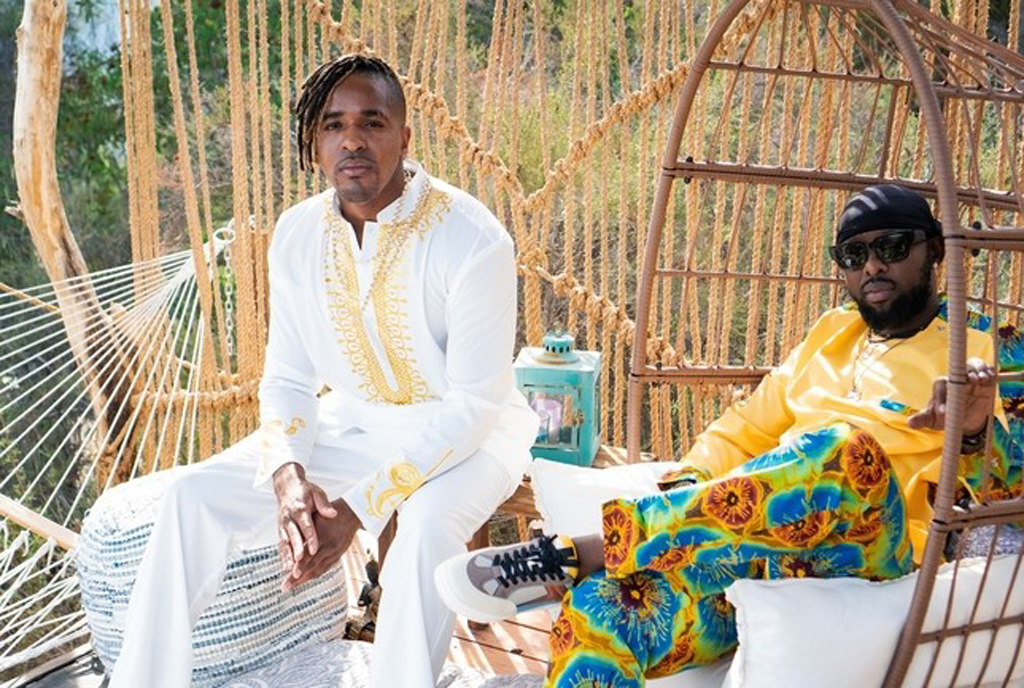 Matt B (L) and Eddy Kenzo during the shooting of the video for Gimme Love.

In 2020, for instance, when Burna Boy lost to Angelique Kidjo, there were calls for the academy to start recognising Afrobeat as a genre for the influence it has garnered over the years.

There were similar calls of the kind when WizKid and Tems’ Essence made the Top 10 Billboard Rn’B chart and yet still got a solo nomination as a Global Music Performance.

Last Last, which sampled Toni Braxton’s smash 2000 hit, He Wasn’t Man Enough, topped charts in Europe,  America and Africa. The song has been performed and covered across the globe by Hollywood celebrities and sportsmen such as Patrice Evra.

The category has many other nominees such as 2022 winner Arooj Aftab, two-time Grammy nominee Rocky Dawuni and Nomcebo of the Jerusalema fame.

The award is currently held by Arooj Aftab, whose song Mohabbat surprised two Angelique Kidjo submissions and the sensational Essence to take the award for the performance earlier this year.

If Kenzo and Matt B win, their producer Asteyn, also a Ugandan, will automatically become a Grammy winner with an accolade to show for it.

How this helps the local industry, Kenzo’s rate card outside Uganda will definitely double and if well positioned and ready for the opportunity, Asteyn will become a force both in the region and the continent.

For Uganda as an industry, many things will remain the same.

But it still feels good.