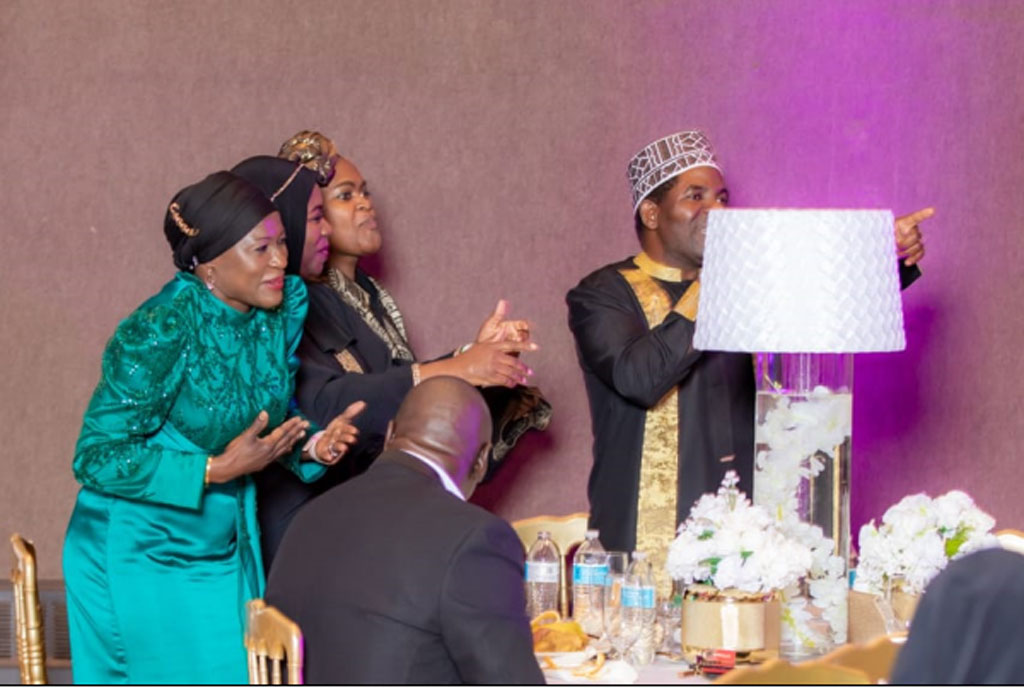 Kareem Saava (R) gestures during the event in USA.

Several Ugandan artistes have literally given up on music and gone to the United States of America for greener pastures including Kareem Saava.

But over the weekend, famed for songs like Engoma Yange, Akalulu, kwata woyagala and Mabete among others, Kareem Saava picked up the microphone after a long time and entertained the Ugandan Muslim Community in Massachusetts.

“We would like to see those who know something about the Islamic religion,” Saava started off.

He then proceeded with his Assalam Aleikum song before instructing the deejay to stop it midway.

“Many people have been saying Islam does not permit partying but I have performed in Islamic countries like Egypt and this is okay so long as they are songs of praise to Allah,” he stated before continuing with his performance.

The Ugandan Muslim Community in Massachusetts (UMCM) organized a 3-day symposium at Woburn under the theme: “Rebuild, Reunite and Reinvent our community.”

The symposium was preceded by a “meet and greet” dinner at Shirley MA followed by Juma prayers.

The symposium was full of Islamic inspirational preachings by famous sheiks from Uganda and so many others from the UK, Canada and the USA including Dr Kasato Rashid, Dr Kayiira Kasim, Dr Naima Kayiira and Sheik Umar Tebusweeke.

The main target of the occasion was to fundraise a $200,000 (over Shs750m) contribution for the construction of the first Ugandan Islamic Center in Massachusetts.

The grand dinner had former Supreme Mufti of Uganda Sheikh Siliman Kasule Ndirangwa as the guest of honor and he opened up the fundraising for the Islamic center. Several Muslims pledged to contribute for its establishment as Captain Kawagga Akram Kawuki donated one acre of land to construct the Islamic Centre.