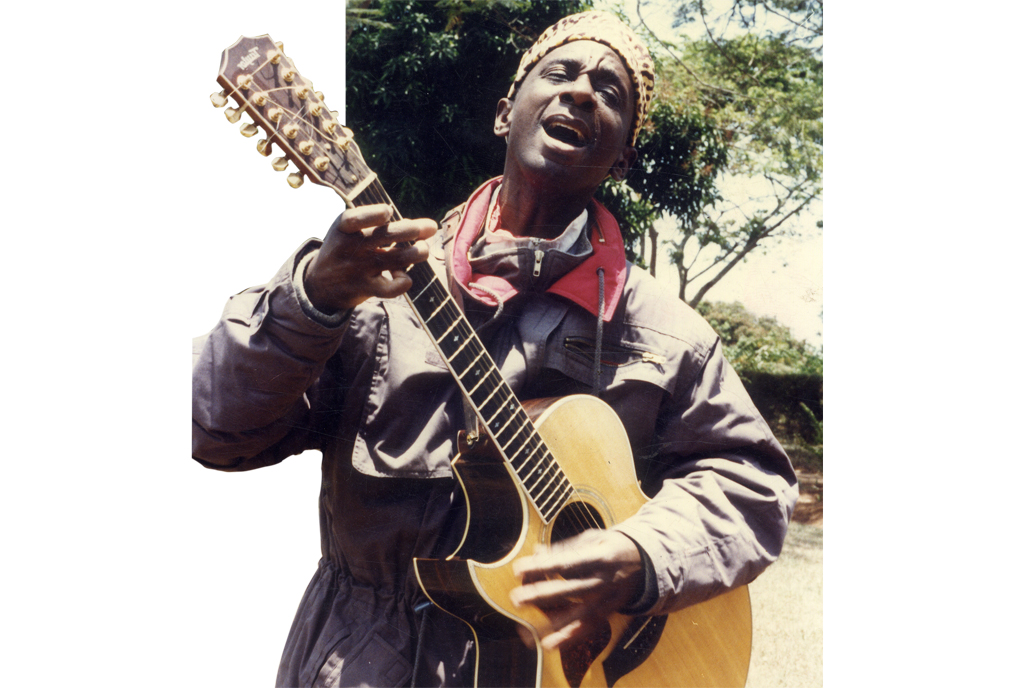 Alex Mukulu at his Residence in Ggaba, Kampala in 1997. Photo / File.

As Uganda celebrated her 30 years of independence, veteran playwright, Alex Mukulu summed up the period in his acclaimed play 30 Years of Bananas. The drama was an analytical take on the social, economic, and political gains and losses of Uganda’s independence. According to the script, Uganda had next to nothing to celebrate about those three decades. As Uganda marks 60 years of independence, Mukulu says if he were to write another script about the last 30 years, he would title it Africa’s Last Dictator.

“(Today), The Queen (of England) was being buried. How are we going to bury the Last dictator of Africa? Will people queue as they did for Queen Elizabeth II or would they not even come? I do not know but sometime in the future, we shall know,” the 68-year-old playwright says.

In packaging the play, the thematic concerns he represented in 30 Years of Bananas,  would be captured through the main protagonist, Kaleekeezi, a Rwandan  with his dogged determination for survival.

“When you look at that character in the play, it is someone, a foreigner, a nobody trying to survive in the different regimes we (Uganda) have gone through, from the first president to date.

Today, people still struggle to survive which is the major theme in 30 Years of Bananas. The survival factor is still with us. We are not doing what we are supposed to do unless it is about survival,” the celebrated playwright explains, adding that affluence requires you not to just look at what to eat and drink, but also personal values and beliefs.

“If I am supposed to die because of what I believe in, am I ready? We need to have values which we are ready to die for. The main character, Kaleekeezi, did not have that. He was not ready to die for anything, as long as he survived,” he adds.

If he were to grow the protagonist 30 years later, he would and would not have grown because by 60 he is expected to have discovered himself and his mistakes and as such, do self-reflection then tell and guide his children and grandchildren to learn from his mistakes and stay clear of them.

And in mirroring Uganda through Kaleekeezi, its citizens are expected to have attained self-actualisation. He questions who Ugandans would bury in the play, Africa’s Last Dictator, a hero, or villain.

“Both notorious and famous people come up. Today, we have some notorious and others known because they have done well, so the question would be, who are we burying and why and when are we burying him? The thing is, who do we call a dictator and what has he done? What are we supposed to say about him? We need to understand who a leader is and who a ruler is because they are different people,” Mukulu further explains.

And as he confirms, he is slowly piecing the play together. At the time he did the play, some of the current political players were not on the scene, namely; Dr Kizza Besigye, Robert Kyagulanyi Ssentamu and Nobert Mao.

I ask him what effect they have had on directing the political direction of Uganda. He says, “When you talk of Besigye as an actor, he came with those people and knows them. Then, with Kyagulanyi, he has a following of young people who have failed this country. They do not have work ethic. They do not have parental guidance and educational professionalism. All they know is that they are of the dotcom era which means nothing. What is the use of you being of the dotcom era and when I ask you what one plus one is, you do not know?  So, we are in a dilemma because people who have come to stand for leadership have questionable capabilities.”

“Those people, Besigye and Kyagulanyi…in the Bible, we have a character called John the Baptist who talked to people about the one who was coming and that he was not even worthy of tying their shoelaces. The current political players are talking about who is to come to replace or take us on but they do not know who she or he is, just like John the Baptist. In theatre, we call it rehearsal. They may not know it but that is what they are doing. Neither Kyagulanyi nor Besigye will be able (to lead Uganda) but all their activities, according to world philosophy, are part of the setting. Everything comes to an end, just like this regime will,” he notes.

The attributes Mukulu contextually lists of a leader worth their salt, include self-sacrifice even if it means dying for the sake of the people and the good, they believe in, a pacesetter or trailblaser which are all distinct from what the aspirations and drivers of a dictator.

“We hope that we will get leaders one day rather than rulers or dictators, and this may not be during my life time. It is wrong for us, old people, to expect everything good to happen during our lifetime, we end up being greedy. We may not be here when the world changes. Let us not do wrong things in a fit of panic. Not even a political dilemma is not going to be done during our presence,” the veteran playwright says.

He concludes with what he feels are pertinent questions, “What are we celebrating as we mark 60 years? Where is the growth or development? Where are the people with integrity? Is there less corruption today than there was 60 years ago?”

On a scale of one to 10, he would put Uganda’s progress at four because of the deplorable situations in the country, for example Ugandans continue to flock to Qatar to do menial and ‘awkward’  jobs, poor health system, indiscipline on the road and more.

Some of Uganda’s top plays in 60 years

State of the Nation- Beyond Borders Entertainment

Lady, Will You Marry Me- Mercy Mirembe Ntangaare