A look at Uganda’s most influential films 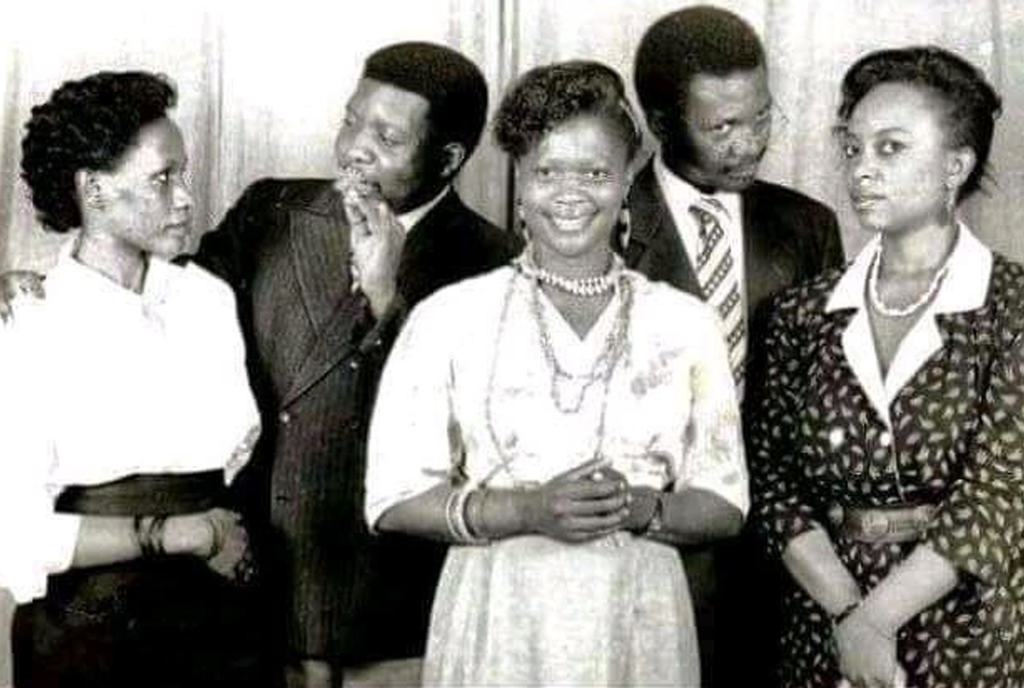 That’s life mwattu was the first TV series that got Ugandans hooked to both the story and character.
PHOTO / FILE

There are shows and films that came through and either changed the course of the industry, or how locals perceived the industry after that. Andrew Kaggwa reviews them.

Ugandan film has come a long way. There was a time most Ugandans did not believe the industry existed in the first place, then there were those that were aware but still doubted the potential. Today, thanks to companies such as MultiChoice and their Pearl Africa Magic Prime channel, most Ugandans have plugged in more than before. Shows such as Prestige and Sanyu are audience favourites, their contribution to the industry as a whole can’t be underestimated. However, there are shows and films that came through and either changed the course of the industry, or how locals perceived the industry after that. In no specific order, we look at those productions.

One of the first TV dramas by director Katende Ssembajjwe of The Ebonies. It was a story of a man who goes to Kiboga to get a girl he would turn into a wife. As expected, she was a villager, surprised by many of the things she was seeing for the first time. Innocent, she was manipulated by some of those around her and later moulded into what they wanted.

That’s life mwattu was the first TV series that got Ugandans hooked to both the story and character that in the process created cult celebrities of the 1990s. The show, however, went on for too long that no one really remembers how it may have ended, if it even ended.

Another one by The Ebonies, what makes Bibaawo a game changer was the way it broke from the future norm. Many people who had attempted to make TV content at the time had gone the That’s life mwattu way, a story about a man, his wife and a few intruders.

Bibaawo was a story set in a high school and basically highlighting issues students in the school were going through. The show was a big pillar for edutainment at the time, being ahead in starting conversations on cross generation sex, safe sex and abstinence, among other things. It is safe to say Bibaawo is what Kyaddala has to aspire to be.

Where Bibaawo may have doubled on the edutainment, The Hostel balanced it with drama and dangerous scenarios. They graduated from high school to university.

But don’t get this twisted, they did not bore the audience with lectures. In fact, I don’t think there is a viewer who got to know which member of The Hostel was doing which course, the drama started and ended at their residence.

But what puts The Hostel on this independence list is the impact the drama has had on the local film industry many years after it ended.

The show launched to fame many actors and actresses, behind the scenes, it still launched many talents such as writers, directors, runners, make-up artists and other departments.

At the moment, it is hard to mention a major production taking place without an alumni from The Hostel, it could be Pamela Keryeko or Lora Atwine on Prestige, Mathew and Elenor Nabwiso on Sanyu, Edris Mattu on Deceptions, basically the industry has them all over.

The TV show gained following between 2003 and 2007, catapulting careers of already famous theatre and radio personalities into bona fide TV stars. The storyline of Ensitano was sketchy, especially after 20 or less episodes, but the comedy that came from people such as Patricko Mujuka, Musa Male or the chemistry between Ruth Kalibala and Charles Bwanika, there was always something the show was giving in one way or the other.

For bad reasons too, the show is credited for having started a permanent exodus of theatre actors and producers to TV and film. After the success, very many actors and producers started writing and looking for TV roles. This crippled theatre and did not necessarily develop the film industry.

For many who never got to know this title of this film and probably stumbled on it, it is what most people referred to as Nabakabya. The drama was about a girl who becomes pregnant and abandons her new-borns, twins, only for a couple to adopt them.

Nabakabya later finds a way of getting into the family as a maid with the aim of reclaiming her twins.

Directed by George Ssengendo, a media educator, Adopted twins could be considered a film that set the ball rolling for many people with dreams of making feature films.

Ssengendo is responsible for many filmmakers and journalists’ careers having set up a media institute in Rubaga.

The Girl in the yellow jumper

There are many things that can be said about Loukman Ali’s debut feature film, The girl in the yellow jumper. By the time Ali made the film, he was still finding his way, though he had already directed a number of TV commercials and a short film.

The Girl in the yellow jumper follows a story of a man who has been kidnapped and has all these stories to tell about it.

Why the film is on this list, it made Ugandan filmmakers ambitious in ways they have never imagined. When the film became Uganda’s first film on Netflix, Ugandan filmmakers for the first time started believing in themselves. But besides that, the film opened doors for the local film industry, Ali ended up in Nigeria directing Jade Obesiru’s film Brotherhood and his sound engineer, Andrew Ahuura, too ended up working on the same film.

These are two different films by the same director. Battle of souls by Matt Bish was one of those films that launched a new era of local films.

Matt Bish was educated in film, framed differently and he was a total breath of fresh air from his counterparts who used the Nigerian template.

Battle of Souls came at the time Ugandans were talking about occult and Satanism, thanks to revelations by radio personality Roger Mugisha. And who was better to tell the story than Bish, his brother. But beyond the plot, the film launched both Prynce Joel Okuyo and Mathew Nabwiso.

The two would later appear in Matt Bish’s follow up film, State Research Bureau (SRB), the film tackles a part of Uganda’s disturbing history and turbulent times. Matt Bish was very ambitious, his films did not only create stars for the industry, and they also became a yardstick at the time. He travelled the continent and won awards at festivals with the two films.

This must have been the best performance by Osman Matovu. The film was released at the time most Ugandan theatre makers were taking to the screens and technically making theatre on screen.

But Matovu was different, his was a well thought story with developed characters and situations. But there was one little problem with Matovu’s films, and we did not even notice it at the time, they were too sad.

Where Matovu did not copy the electric and theatricals from Nollywood, he definitely took their themes. Matovu’s films were always tragedies and with Ensisikano yébizibu, he took it a notch higher with many deaths at the end.

Oh there was that scene where he buries everyone in the night in one grave.

Unfortunately, after him, most filmmakers, to date still pride in making sad films.

This film was directed by music video director Donald Mugisha of Deddac Studios.

Yes, you could think it’s a Bobi Wine documentary but it’s indeed a feature film. Mugisha used a format that later came to be known as guerrilla filmmaking which was later adapted by many local filmmakers of the time.

The style is common on low budget films where people don’t secure locations but shoot in locations as normal life goes on, in this case, most of the people who end up in frame as extras never had an idea that a filming was happening. Much as the format was really affordable, it crippled the industry as many filmmakers started making films without written scripts.

This film is not close to the best film produced by a Ugandan. Technically, Who killed Captain Alex is not anywhere close to the best films we have, but it is the most recognised film by a Ugandan. When the film came out, of course, Isaac Nabwana was immediately lauded for daring to make an action film even without a budget. At the moment, however, with better films coming out of Uganda, it is hard to understand why Western media wants to keep local film at a level we never aspired to be at.