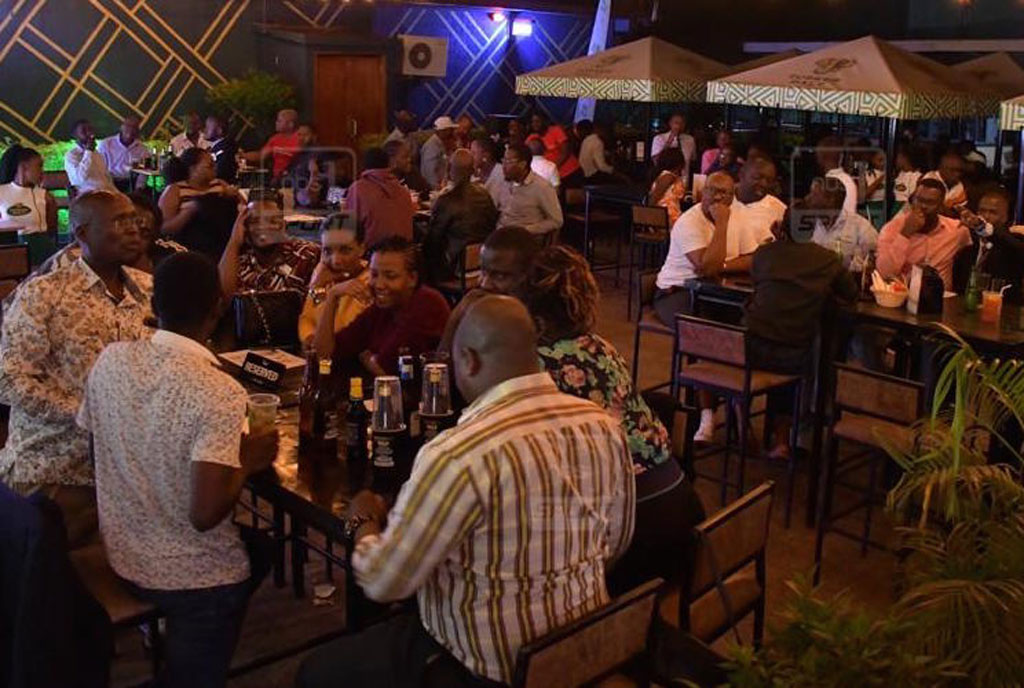 For the uninitiated out there, Tusker Malt has created the chance for non-golfers to take a glimpse into the world of golf.

The title sponsor of the ongoing Tusker Malt Uganda Open that is happening at the Serena Lake Victoria Golf Resort & Spa in Kigo is bringing the miniature version of the game to select hangouts in Kampala. This is aimed at interesting more people to take up the sport.

Last night, the premium beer brand brought the greens to Gabz Lounge, Bugolobi. It was a sip and swing affair as folks attempted the miniature golf games set up at the venue over lots of laughter, music, and banter about the golfing sport.

The highlight of the night turned out to be the putting challenge miniature set up which attracted many of the first-timers who took great pleasure in putting the golf balls, surprisingly with most being more successful than those who had previously held a golf club.

“Many people have the misconception that golf is an old rich man’s game. We are demystifying this notion by making the game more accessible to our consumers,” shared Mark Ethan Kamanyire, Tusker Malt Brand representative.

On top of taking golf to bars where Tusker Malt’s consumers are, the premium beer brand has elevates this year’s Uganda Open experience by setting up a hospitality village at Kigo where the tournament is taking place.

“We set up the hospitality village for players to lounge after the games and non-golfers to learn more about the game. Everyone is welcome to be part of this year’s Tusker Malt Uganda Open. The village has discounted beers and entertainment during the prize-giving nights on Saturday,” Kamanyire added. The tournament is on until October 29th.

In this article:entertainment, Golf, Sports