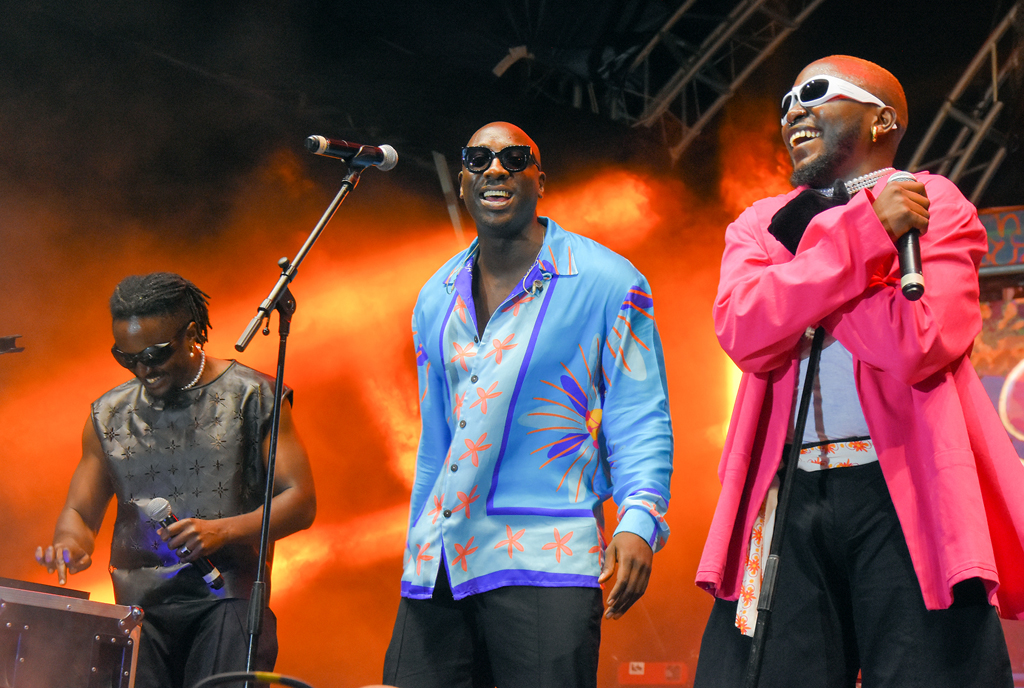 Day two of the Afropalooza festival ended last evening with performances coming in from several Ugandan artistes and Sauti Sol as guest artistes.

The Kenyan artistes flew in on Sunday morning with Bien, one of the group members missing which raised a lot of eyebrows whether the group was still intact but he later joined them to give Ugandans their fourth performance.

Stepping on stage at 11:20pm, it was clear their performance was going to be short but they had to make it a memorable one.
They selected songs that Ugandans are familiar with, starting off with Rhumba, midnight train, short N sweet, heartbreaker and live and die in Africa back to back. 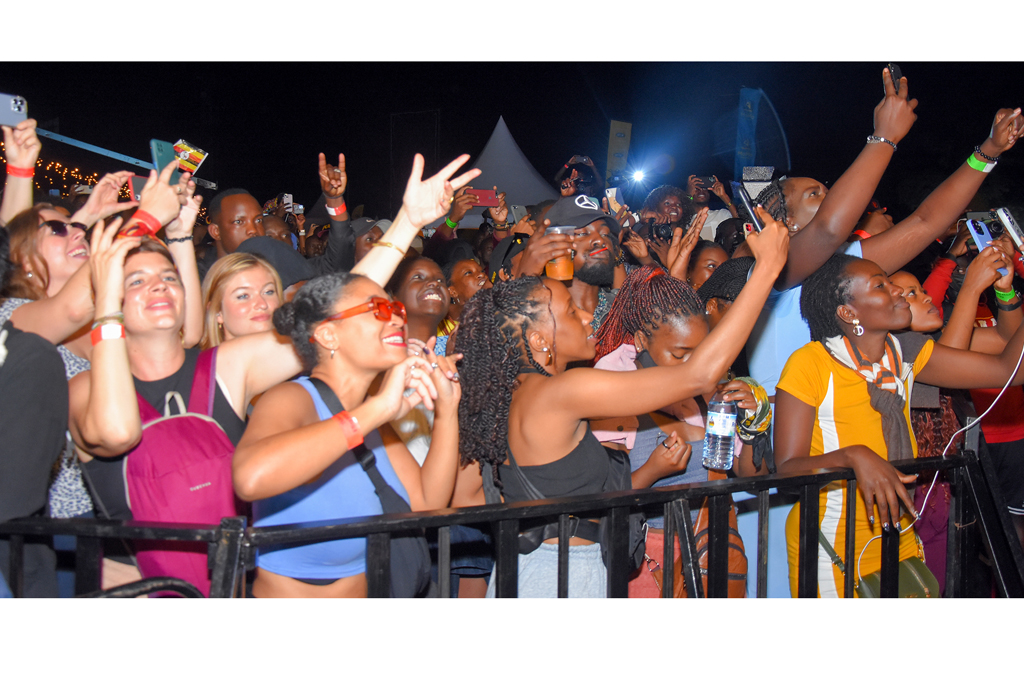 Sauti Sol further included other covers like Bend down and pause and as well as murder, before finishing up with Suzanna twice.

The crowd was on its feet from the time they stepped on stage and sang along to every song.

“We have been informed that you guys have a curfew at midnight so we have to stop the show here. We shall be back when we have more time,” said Bien.

Before Sauti Sol, Maddox had also held a brief performance where he performed songs like Dembe. Wowowote, Irene, Munakyalo, Nakatude, Easy and Omuyimbi. 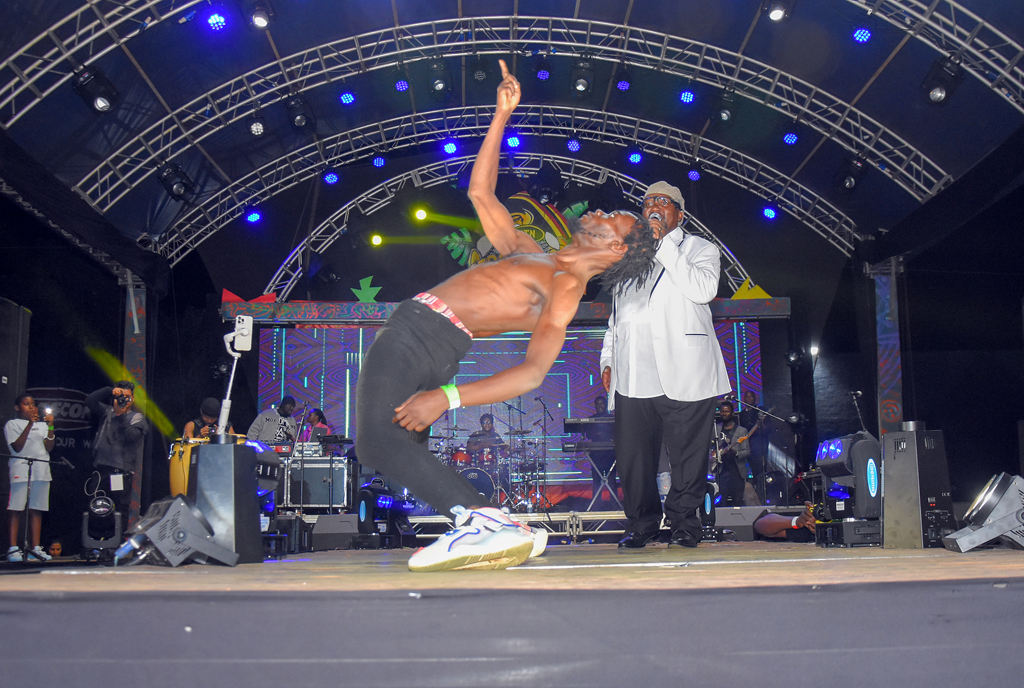 The crowd was waiting for Namagembe but time could not permit him to sing it. He apologised regardless.

Winnie Nwagi had her share of the stage with Musawo, Matala, Gyangu, Fire dancer and Malaika but it was Vampino and Ragga Dee who impressed more.

Vampino formerly known as Vampos was scheduled to perform on Saturday but did not due to unknown reasons but made it up on Sunday.

The crowd loved him from the moment he was announced as the next performer and when he started off with Smart Wire, everyone went crazy.

He continued with other songs including Kwekunyakunya, Love to dance and The Whistle song. 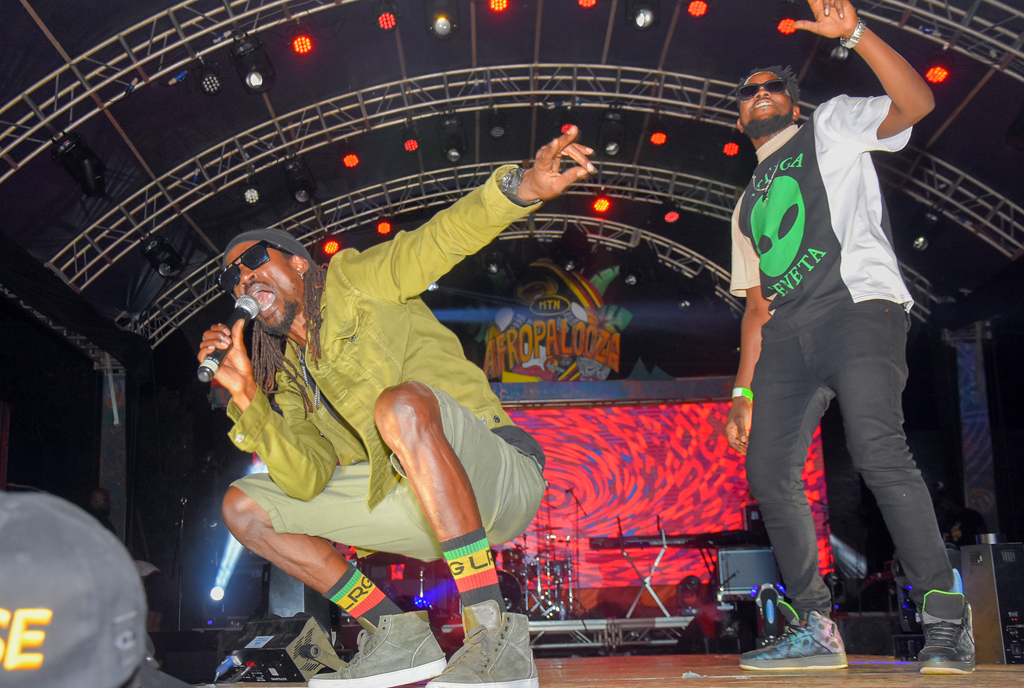 Ragga Dee on the other hand had more time on stage and the longer he stayed, the more interesting his performance got. He was engaging, pulled off rare dance strokes and did songs the audience knew. From Ndigida, Parliament, Letter O to Nkugudemu among others.

Michael Ouma and Joseph Sax had also taken the audience down memory lane with some of Uganda’s best songs since independence while Sex Bilangilangi, Quex, and Ykee Benda also performed.