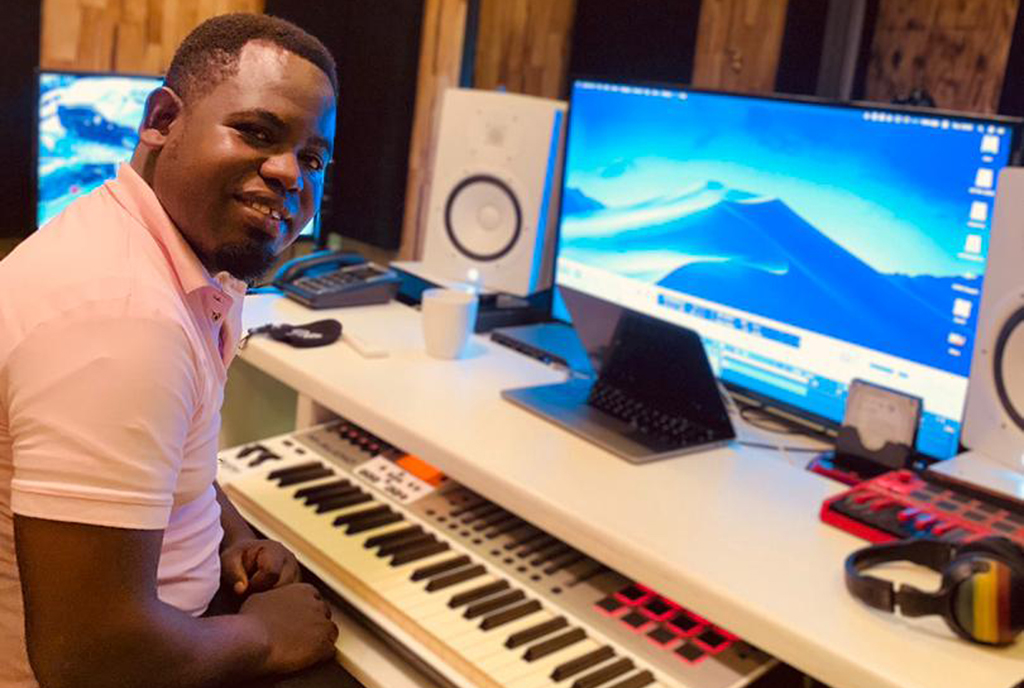 Copyright. John Kay says songwriters need to protect themselves as soon as they are done writing a song. PHOTO / COURTESY

Songwriting. John Katerega, alias John Kay, started out as a poet who later realised his potential as a songwriter after joining the same church as legendary musician and songwriter Sylver Kyagulanyi. With more than 80 songs written and several awards to his name, it is no surprise that he is the president of Uganda’s songwriters association. Gabriel Buule had a chat with him about songwriting and the arts industry in general.

Tell us about your songwriting journey.

I began writing songs after drawing inspiration from singer and songwriter Sylver Kyagulanyi. However, I had always had a passion for poetry and writing.

My skills came to fruition when I attempted to create lyrics on beats of Kyagulanyi’s existing songs. When I realised that I could actually sing, I began making up lines and putting them in the same chord progression of Kyagulanyi’s songs.

The experience nurtured my writing skills and this made me discover the skill of vocal training, which introduced me to many artistes such as Spice Diana, Lydia Jazmine and many others.

Many artistes began believing in me and gave me the chance to write for them. I have worked with most of the female artistes in Uganda; Mariam Ndagire, Maureen Nantume, Rema, Iryn Namubiru, Irene Ntale, Chosen Becky, Carol Nantongo and many others.

Take us through the process of writing a song.

A song is written in phases; there is a stage of inspiration, where you are triggered to have the attention of something very unusual that you may think will be of great importance once shared.

Then you begin visualising the whole story by creating lyrics that suit the theme. By this you are encouraged to make general lyrics that will bring together people in the same situation to feel what you actually feel.

In this stage of lyrics generation, you should have in mind the parts of a song which include the verses, chorus and the bridge. Statements should include punchlines which develop into hooks and these become statements that people turn into slogans.

After lyrics have been generated the process of music composition begins. This is where the words written above are incorporated into the musicality. We have notes, chord progressions and these are further divided into happy chords also known as the chromatic scale of the major chords.

Then the sad notes known as the minors and these bring the emotional feel in the song. Many times this stage requires a professional to help in the process of music creation. That is to say having knowledge about musical instruments and how they blend in with the words to make the words melodic and memorable.

Once all that is done, then we begin thinking of who can carry this message to the public. The message should be in line with the life of the artiste because people need to relate with what the song says and the messenger; the song and the artiste must be a match.

The progress is visible but why are there few Ugandan lyricistss on the world stage?

The culture of our songwriting rotates around a few scopes and aspects of life. We are limited in our line of creation. Emikolo and Amabaala (party and weddings) are our targets and that in a way limits our lyrical reach.

Then there are also challenges in our music composition skills. We are limited by the little knowledge we have about music science. We depend on the favourite chord progressions stuck in our heads and in a way they may not appeal to a wide range in terms of borders. We are lazy to do research on what is required and trending and in a way this makes us static and we end up creating monotonous and sounds that are alike.

How does one become a songwriter?

There is no clear yardstick to becoming a songwriter, but per Ugandan standards, the more songs you write for artistes then you are branded one. However, we have many singer/songwriters in the industry because whoever writes a song qualifies to be called a songwriter.

But there is a special category of people like me who do not sing at all and what makes us unique is allowing our image to be reflected through someone else.

It is a growing trend for Ugandan writers to create lyrics with offensive language and sexual slurs. Do writers lack storytelling techniques?

Like I earlier mentioned, writing in Uganda does not require permits so everyone at their own convenience can choose to write what they want.

However, the trends of social media platforms influence what people want to listen to. For example, the most common TikTok, is one where people use a funny language.

I call upon all writers to remember that songs are meant to communicate generally acceptable messages which are predetermined by the culture and basic values and norms of the society.

Way forward, government through bodies such as Uganda Communications Commission should be vigilant about what the media play and what the public consumes, otherwise the public, more so the minors are in for toxic phrases.

Good lyrics are generated from choosing an interesting topic to write about. After choosing a topic, you do research about the underlying meaning of your chosen topic. 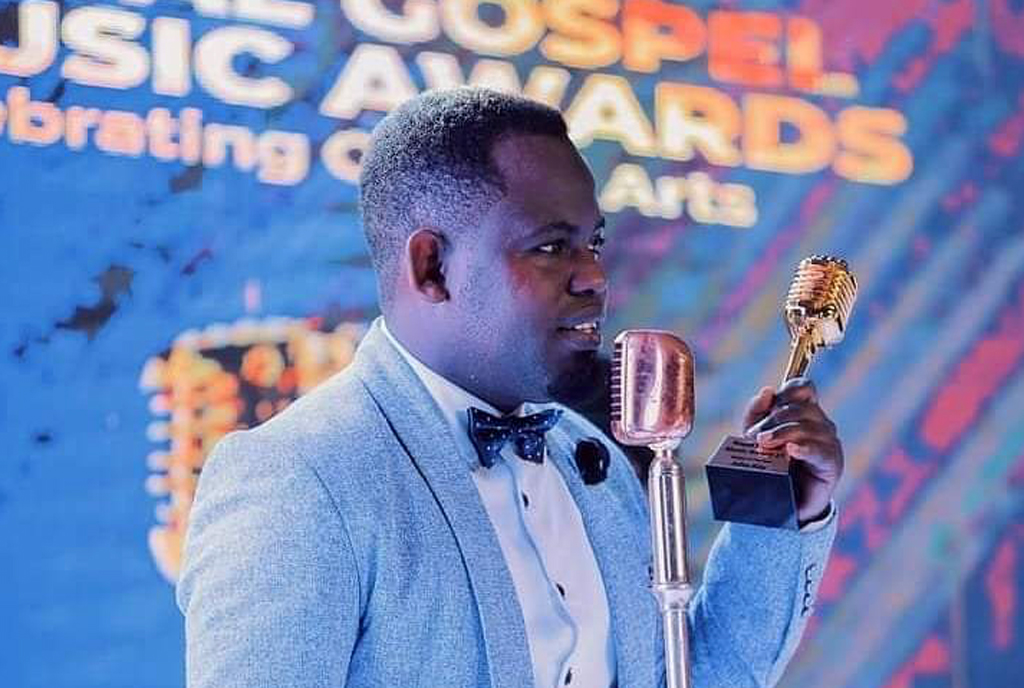 After properly digesting the topic, choose lines that will act as punchlines that later turn into hooks and to the public they turn into slogans.

The rhymes make the wording pattern interesting to listen to. And in a way it introduces you to a wide scope of words. Then making repetitive simple statements makes it easy for the audience to sing along and understand the music.

We have heard that musicians tend to alter the original lyrics that writers create, is this the reason some songs fail to make sense?

I guess so, because writing songs is a journey which requires time to dig deep through, not just words. For example, sometimes I write a phrase with an embedded meaning, which if changed may alter the message of the song, hence confusing the listener.

It is a common vice among musicians to have songs that sound the same. Could this be blamed on songwriters?

It is a bit wide but in music there is chord progression which determines how the song should flow. So many times the songwriters do not take the initiative of finding or discovering more chord progressions. If someone writes a song and it becomes a hit, then the progression qualifies to be a winning formula.

So the songwriter is, to a large extent, blamed for this. However, the arrangers known as the producers also contribute a big deal because many songs can have the same chord progression but do not sound the same.

Is it true musicians have a tendency of bullying writers to deprive them of their right to loyalties?

Copyright is assumed the day you create the song. So all songs are protected because the copyright and neighbouring act 2006 allows so. But it’ is important for a songwriter to understand that you need to make a contractual agreement on the different terms before you either transfer or license an artiste to sing the song.

So the bully will only affect someone who has not understood the value of their work. Knowing the value of your work gives you an upper hand in favourably understanding your negotiation powers. In a way they will adhere to your terms and conditions only when you understand who you are and how good your work is.

As the president of music writers in Uganda, how is your association making sure that songwriters are protected?

The association was formed with the objective of drawing a relevant image of the art of songwriting to the general public to be both acknowledged and appreciated. So we are working with all concerned bodies such as the producer’s association known as APAU and Uganda Musicians Association to streamline the different roles as per the chain of music creation and this will help us develop agreements which will enhance a better working relationship.

The Uganda Performing Rights Society (UPRS) in this case, has been consulted and held meetings to discuss the different issues such as the split sheet, which is the division of royalties.

You are a member of the National Cultural Forum (NCF), an entity that is supposed to advocate for the rights of creatives, what is failing copyright to benefit writers?

First and foremost, all these bodies team up with the aim of lobbying government to appreciate the contribution of the arts sector, which has for years been intentionally ignored.

If the government recognises and appreciates the arts sector, then it will be in position to protect it from vices such as piracy and will also encourage its enforcing bodies like UPRS under the regulation of URSB to become fully accountable with transparency to the creatives.

So as the chairperson of the songwriters’ association, I have always appealed to my fellow songwriters to involve themselves in the activities of the songwriter’s academy, for example trying to avail information that will enhance their knowledge about copyright. And also learn how to acquire copyright on their songs.

As NCF, continuous lobbying meetings have been held to streamline the functionality of the different unitS like UPRS in charge of the music.