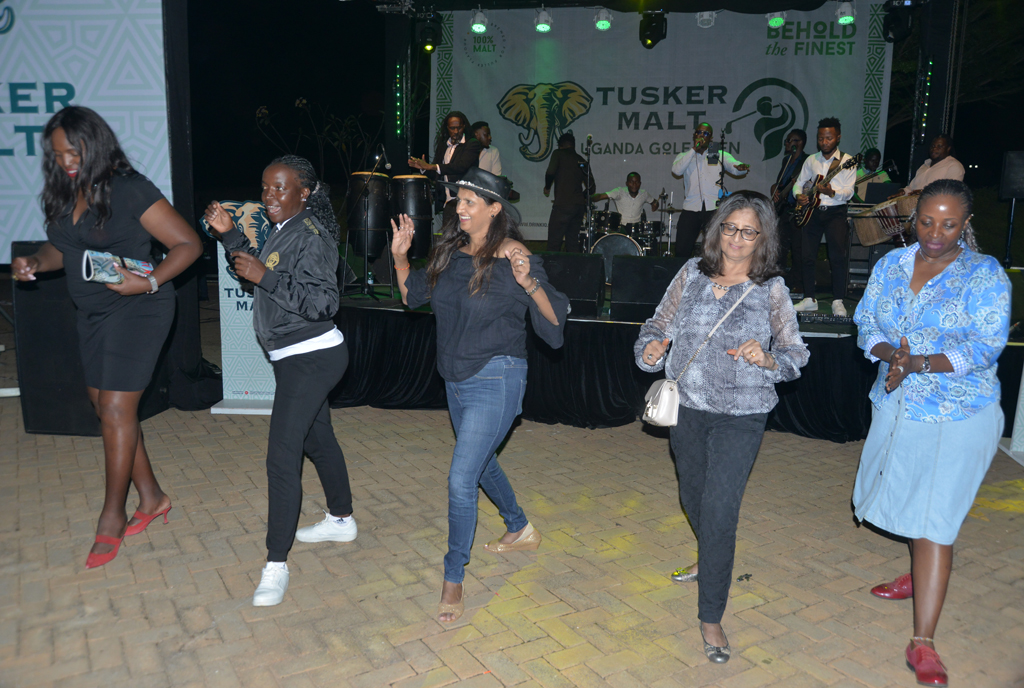 Golfers and guests dance away on the backdrop of Janzi sounds. Photo / Isaac Ssejjombwe

It is no longer a secret that golfers have a thing for bands. That is why it was no surprise that last Saturday evening Janzi Band were the lead performers during the climax of the Golf open championship at Hospitality Village.

The band that performed in intervals was all the golfers needed to celebrate the climax of the one-month tournament as they grooved, sang along and danced away after several rounds of golf on the greens of the Lake Victoria Serena Golf Serena.

It was easy to tell that the last leg of the Tusker Malt Uganda Open championship had attracted guests from across the continent, with some visiting from Zimbabwe, Kenya, South Africa, Ivory Coast and more.

A bridge between the golfers and non-golfers was created as guests laidback and casually took in the ongoing speeches and prize-giving ceremony for the rest of the evening.

The finest pro golfer, Robson Chinhoi, was announced after holding up an impressive performance during the Professionals Open. He was the talk of the night after bagging a cash prize of Shs21m.

The night also saw guests treated to a fully stocked Singleton Bar as many swayed to the sounds of the night and enjoyed a spectacular display of fireworks to mark the climactic finish of the month-long tournament.