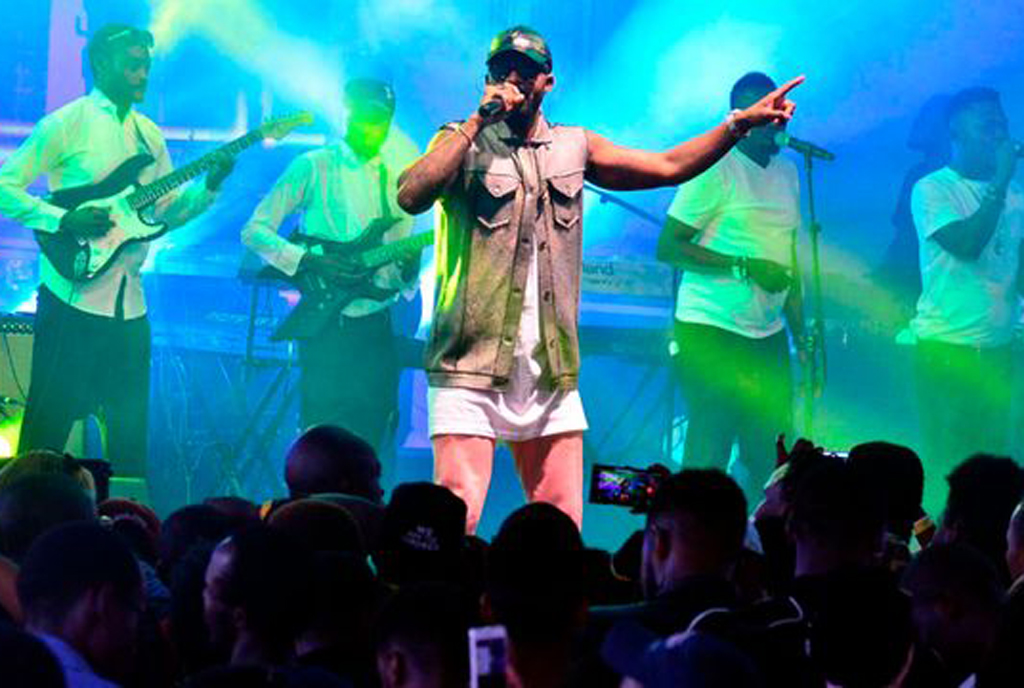 “Eleven people dead… including two police,” the minister told reporters at the stadium, sending condolences to relatives of the casualties.

He deplored the frequent “loss of human life and damage to equipment” during events held at the stadium.

The organisers “went beyond 100 percent capacity… they must be punished”, the minister said.

“It was a stampede,” that caused the deaths, a policeman on the scene told the official Congolese Press Agency ACP.

Kinshasa police chief General Sylvain Sasongo had earlier told ACP nine people had died, amid reports the venue had been absolutely jammed with people for the local favourite’s performance, with one witness saying “even the corridors” of the stadium were overflowing.

ACP, which had reporters in the stadium covering the concert, said police had cordoned off three areas to secure the pitch, the VIP stand and the stage.

“Under the pressure of the crowd, the police could not hold out long,” ACP said.

On his Facebook page, Fally Ipupa said he was horrified to learn what had happened.

“Despite all the measures taken for the strict respect of security requirements, unfortunate and dramatic events marred the end of the concert.

“It appears from elements at our disposal that after jostling at the exit and around the stadium compatriots were dragged to their deaths.

“I am deeply shocked and offer my most heartfelt condolences to all the families concerned.

“May God in his deep mercy comfort their broken hearts.”

The singer-songwriter, “like all Congolese singers”, had arrived several hours after the show had been scheduled to start, ACP reported.

The Kinshasa-born 44-year-old, who blends traditional African harmonies with urban musical genres, is one of Africa’s leading musicians whose albums sell world-wide.

The disaster comes hours after the more than 150 people were killed in a stamped at a Halloween event in Seoul, South Korea.